Simulating the Effects of Irrigation Throughout a Watershed 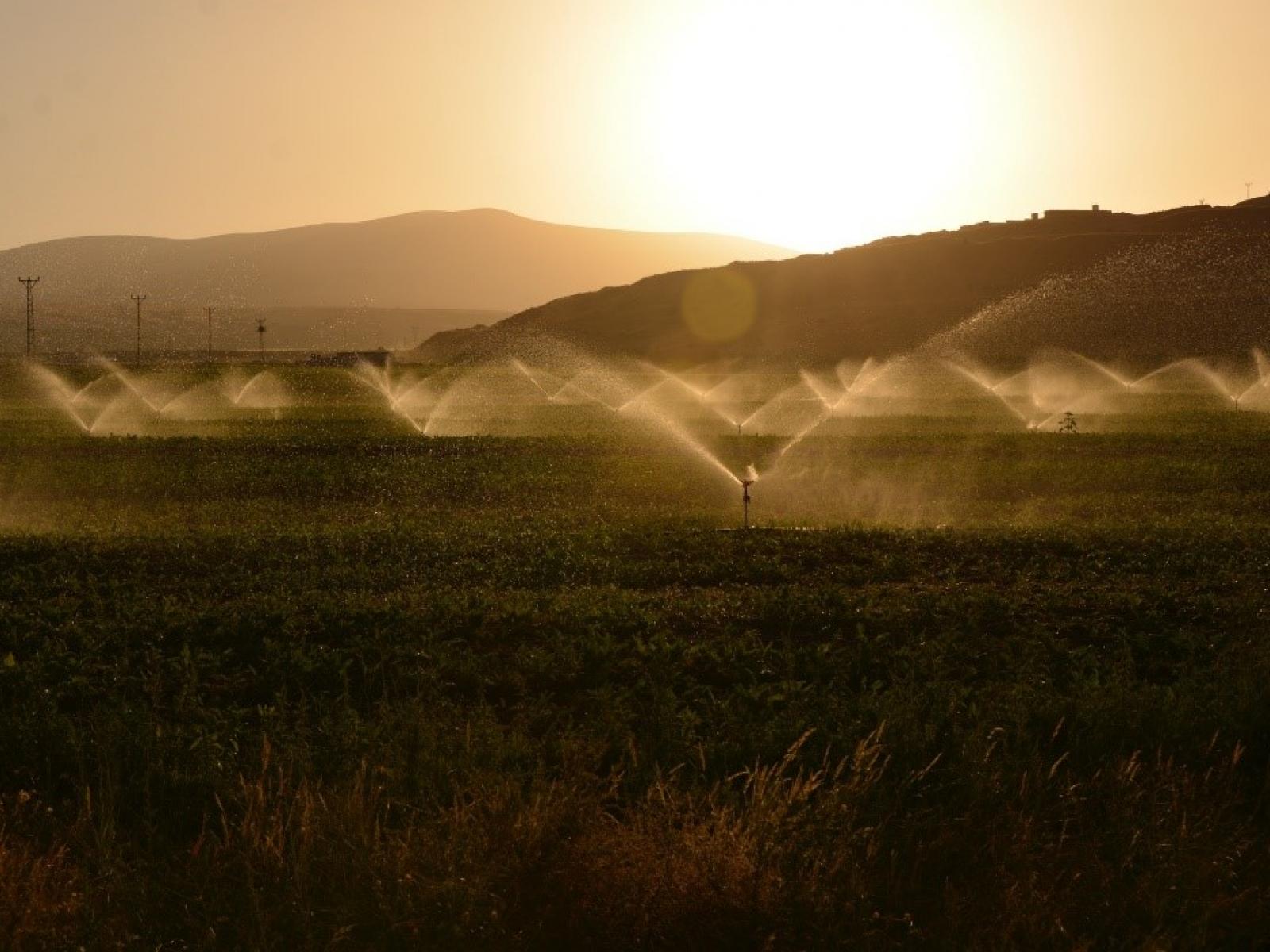 Irrigation affects agricultural ecosystems in more ways than growing crops. Increased soil moisture increases atmospheric processes associated with evaporation. The additional water also accelerates the decomposition of organic matter in the soil. Now a team of researchers, including scientists at the U.S. Department of Energy’s Pacific Northwest National Laboratory, have studied how irrigation alters these processes on a watershed scale. Using a model that accounts for variation in land use and crop type, they simulated water, carbon, and nitrogen budgets at 1km resolution in a semiarid watershed in the northwestern United States.

In the United States, irrigation is estimated to consume about 355 billion gallons of water per day. In semiarid and arid regions of the United States where vegetation growth is limited by water availability, production of crops could become difficult, if not impossible, without irrigation. This study demonstrates that a widely used land surface model can be a tool to study how irrigation influences hydrologic and nutrient dynamics throughout a watershed that contains natural vegetation, crops, urban land, and rivers.

The researchers calibrated and evaluated their model using Moderate Resolution Imaging Spectroradiometer satellite data and measurements of water, energy, and carbon fluxes collected at a flux tower site in the region. Their results show that irrigation fundamentally alters the hydrologic and biogeochemical dynamics of the watershed. The additional water from irrigation increases surface evaporation and runoff. Increased crop productivity in response to irrigation increases carbon storage in the watershed. The additional water also increases the rate of denitrification and mineralization during the growing season.

This study was funded by the by the U. S. Department of Energy, Biological and Environmental Research Program (BER), as part of BER's Subsurface Biogeochemical Research Program (SBR). This contribution originates from the SBR Scientific Focus Area at the Pacific Northwest National Laboratory. This research was also supported by the National Natural Science Foundation of China and the China Scholarship Council.