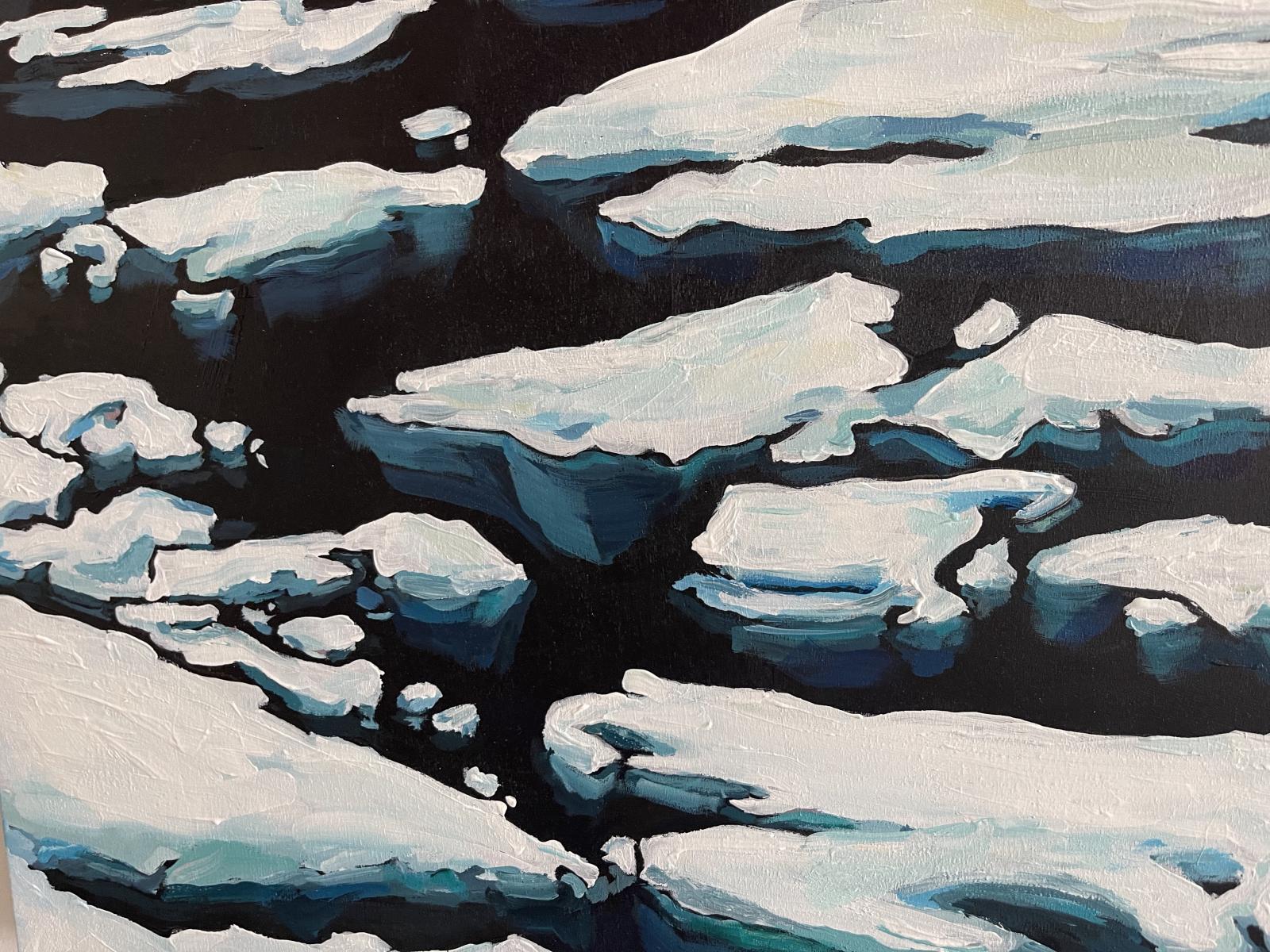 Earth Scientist Hailong Wang has published more than a hundred research papers over the past two decades that have landed in prestigious academic journals. But only one of his articles has inspired an art exhibit.

“An art exhibit? I was very surprised,” said Wang, who began working at Pacific Northwest National Laboratory in 2009.

A Nature Communications journal article Wang co-authored last year captured the attention of Seattle-area artist Eileen Wold, who is a 2021 Bainbridge Arts and Humanities Grant recipient. That study draws a link between melting Arctic ice in the summer and seasonal fires in the western United States.

Wold and Wang will discuss the connection between science and art from 5 p.m. to 7 p.m. Friday, June 17.

Researchers analyzed 40 years of observations on wildfire incidence, sea ice concentrations, and weather conditions to identify a teleconnection. They then performed climate model simulations to demonstrate that declining Arctic sea ice in summer produces an increased probability of large wildfires in the western United States the following autumn. The model simulations show links between sea ice declines and air circulation changes that cause hotter and dryer weather conditions, leading to increased fire risk.

Wold read a story about the research published in The Seattle Times. She then tracked down the study and read that, too. And she searched for and read other climate change studies authored by Wang and other Pacific Northwest National Laboratory scientists.

“I’ve had a long-time interest in climate change, energy production, and the environment. It’s the focus of my work,” said Wold, who exhibits work regularly at the CORE Gallery. She has over 20 years of experience exhibiting her work in galleries around the country, including New York, California, and Washington, D.C.

She traces her interest in the sources of electricity and their impacts to the time she lived in New York City, looking across the river to New Jersey within sight of a cogeneration electricity plant. That plant, the Linden Gas Thermal Power Station, became the subject of paintings and a teaching site when she was an art instructor.

Wold’s interest in the environment has since expanded. Her portfolio includes drawings and photography of a West Virginia coal mine—the fuel source for a coal plant near her former home in Baltimore—a collection exploring the impacts of oil spills, and another looking at wind turbines.

Focus on the Arctic

Her current exhibition, “Arctic Amplification,” is named after a term used to describe the increased rate at which the Arctic is warming compared to the rest of the planet. It occurs when sea ice melts and the white disappears, leaving more dark water to absorb heat from the sun and increase temperatures.

“As complex global climate systems shift, we are left to contemplate the impact on our local landscapes and ecosystems. How does Arctic ice melt affect Washington state?” said Wold. “That question brought me to the scientists at the Pacific Northwest National Laboratory and their research on extended dry wildfire season as it relates to jet stream changes caused by Arctic ice melt.”

Wang said he’s looking forward to seeing the exhibition in person on June 17.

“It is a great, exciting opportunity to work with an artist to communicate climate science through art and reach out to the community through a different channel,” Wang said. “I’m super impressed by the artist’s passion and dedication.” 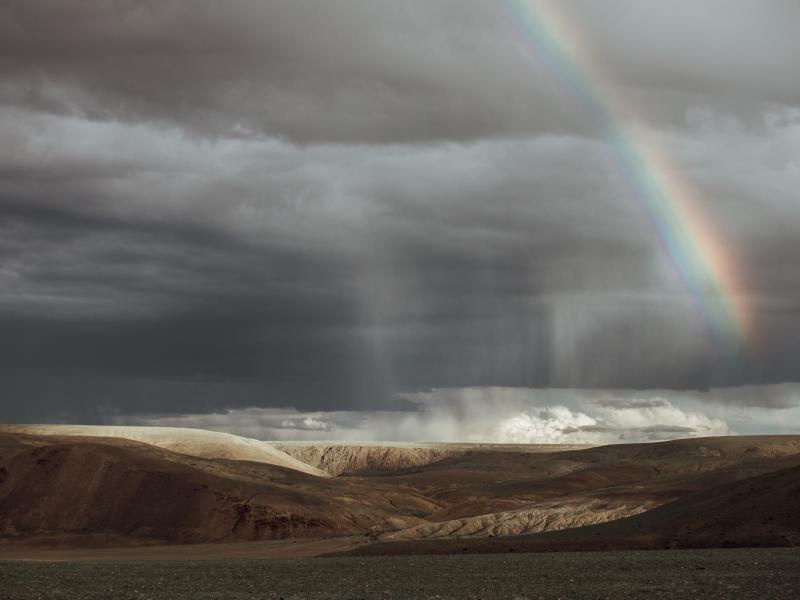