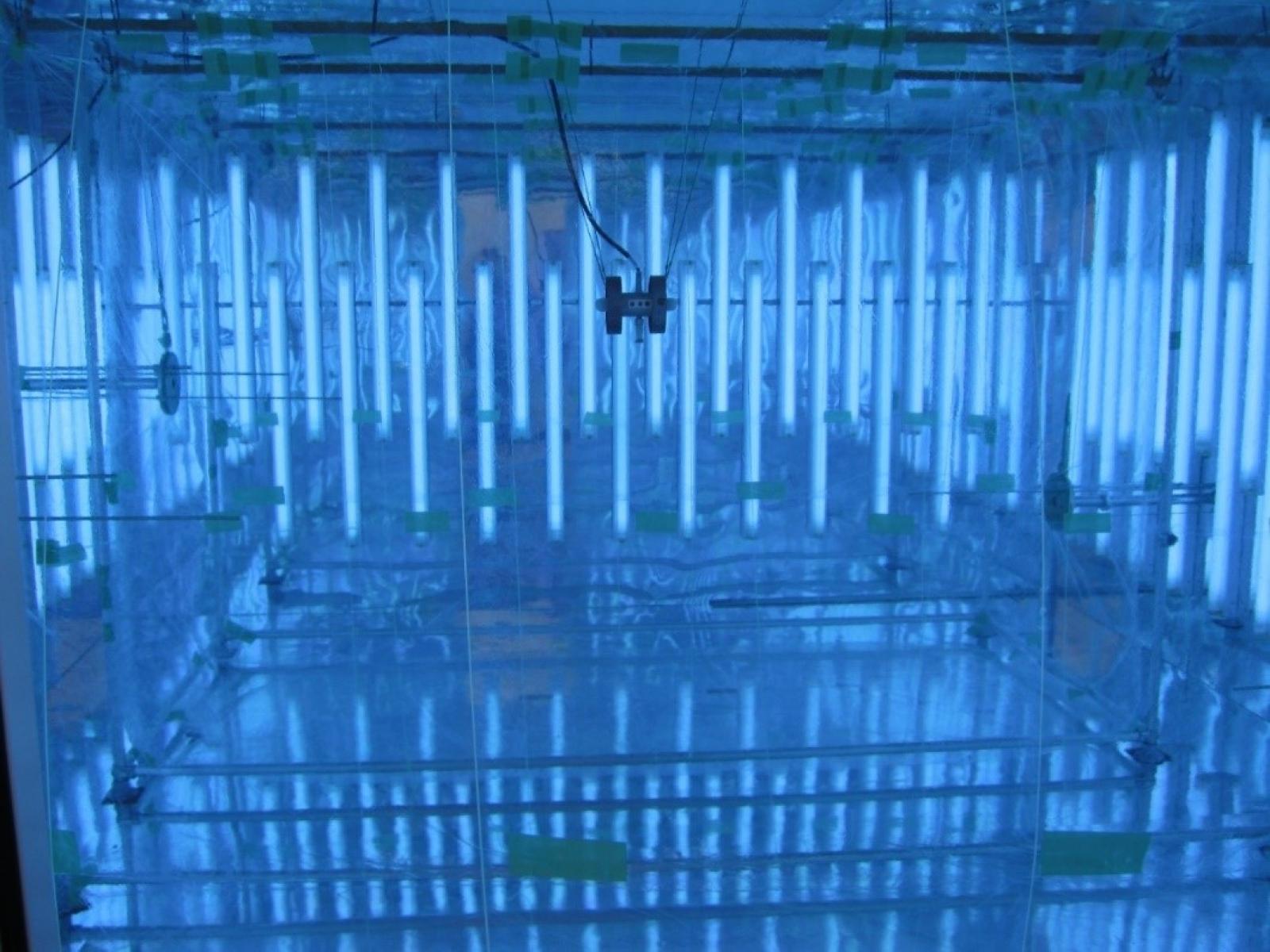 Researchers used an environmental chamber to mimic sunlight-driven chemical reactions of organic aerosol in the atmosphere.

Researchers at PNNL used a large temperature-controlled environmental chamber outfitted with UV lights to simulate the lifecycle of organic aerosol in the laboratory. They first prepared organic aerosol particles by reacting organic vapors common in the atmosphere, such as isoprene or α-pinene with common atmospheric oxidants. Then, they exposed the particles to chamber UV lights for at least 24 hours and measured the rate at which particles were converted back into vapors. They used data collected by several mass spectrometers to examine the chemical changes in the aerosol composition. Special care was taken during this experiment to isolate light-driven processes from concurrent chemical reactions and artifacts introduced by chamber walls. Aerosol mass loss rates quantified from the experiments were used in an atmospheric model to simulate the lifecycle of organic particles in the Amazon region. The model predicted that photolysis reduced the organic aerosol concentrations by an average of 50%, indicating photolysis is a major removal mechanism that substantially shortens the lifetime of organic aerosol in the atmosphere.

This research is based on work supported by the U.S. Department of Energy (DOE) Office of Science, Office of Biological and Environmental Research, Atmospheric Systems Research (ASR) program. Pacific Northwest National Laboratory is operated for DOE by Battelle Memorial Institute under contract DE-AC05-76RL01830.