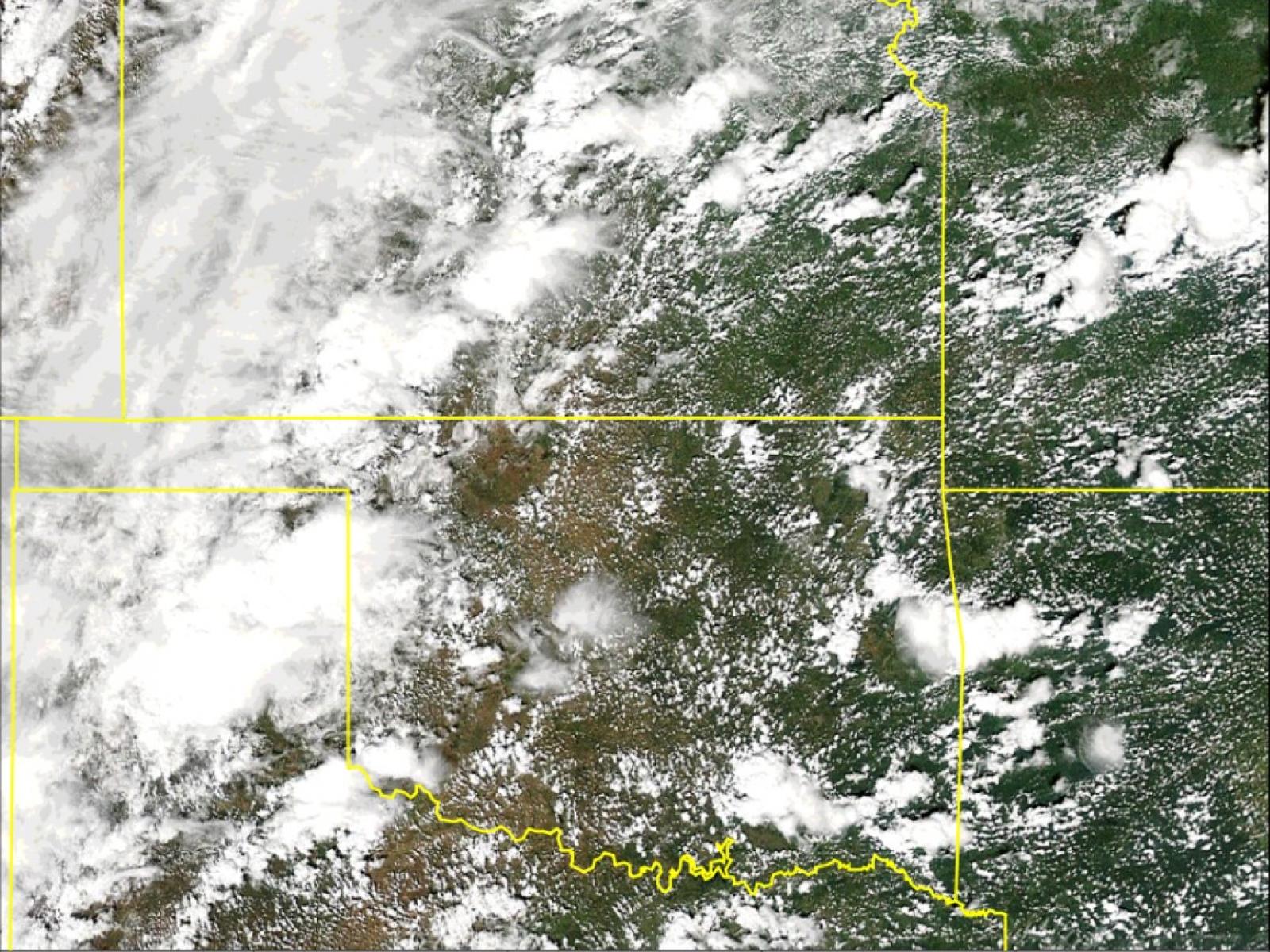 Researchers used satellite images, such as this NASA MODIS image of clouds on August 30, 2016 over the Central U.S. during the HI-SCALE campaign, to validate models simulating how cloud populations are influenced across space by various factors.

Shallow clouds occur over many areas of the world and are an important component of Earth’s atmospheric radiation budget. Models, called Large Eddy Simulations (LES), that can represent turbulent motions near the surface as well as the size of small clouds have been used extensively to better understand processes that control the life cycle of shallow convective clouds. However, because LES models can take days to weeks to run on a supercomputer, these models usually simulate clouds over relatively small areas (less than 50 km wide) and use simplified assumptions of the environmental meteorological conditions so that the predicted clouds are nearly uniformly distributed. Researchers at the U.S. Department of Energy’s Pacific Northwest National Laboratory used a more realistic modeling approach to represent observed complex cloud distributions over Oklahoma on a day during the U.S. Department of Energy’s recent Atmospheric Radiation Measurement (ARM) Holistic Interactions of Shallow Clouds, Aerosols, and Land Ecosystems (HI-SCALE) atmospheric sampling campaign. Researchers compared the model predictions with satellite images and collected extensive measurements near the ARM Southern Great Plains (SGP) site.

The high-resolution model experiments show that the convective cloud populations observed on one day of ARM’s HI-SCALE field campaign were influenced by two factors: (1) in the morning, the distribution of drier and wetter soil moisture drove the initial formation of shallow convection, and (2) the land–atmosphere coupling associated with these soil moisture gradients enabled some shallow clouds to grow deeper, precipitating convection during the early afternoon and producing cold pools that further disrupted the spatial distribution and evolution of clouds. The strength of this land–atmosphere–cloud coupling is expected to vary depending on the ambient wind speed. This suggests that weather and climate model predictions can be improved by including the effects of cold pools and small-scale variations in surface properties, such as land use and soil moisture.

The SGP is one of several land–atmosphere “hotspots” around the world that influence the life cycle of shallow convection. The measurements collected at the ARM SGP site make this region unique in terms of providing information needed to better understand how coupling of the land–surface interface influences the development of cloud populations. By integrating measurements from this site, special aircraft measurements collected during HI-SCALE, and satellite images with higher-resolution modeling, researchers were able to deduce two superimposed processes that contribute to the organization of convective clouds:

These processes are likely responsible for the complex observed population of convective clouds. In addition, a cloud tracking algorithm that can quantify the lifetime and size of the clouds in the model showed that more complex soil moisture distributions led to larger clouds with longer lifetimes. 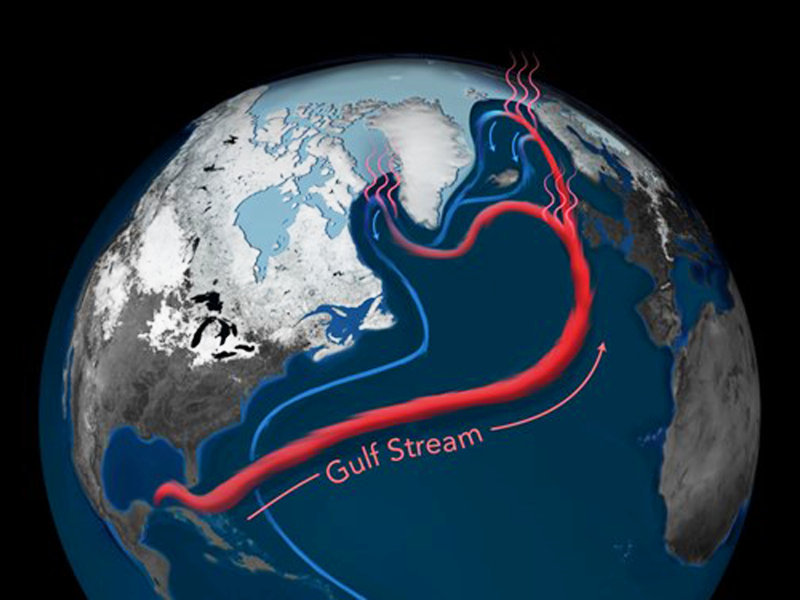