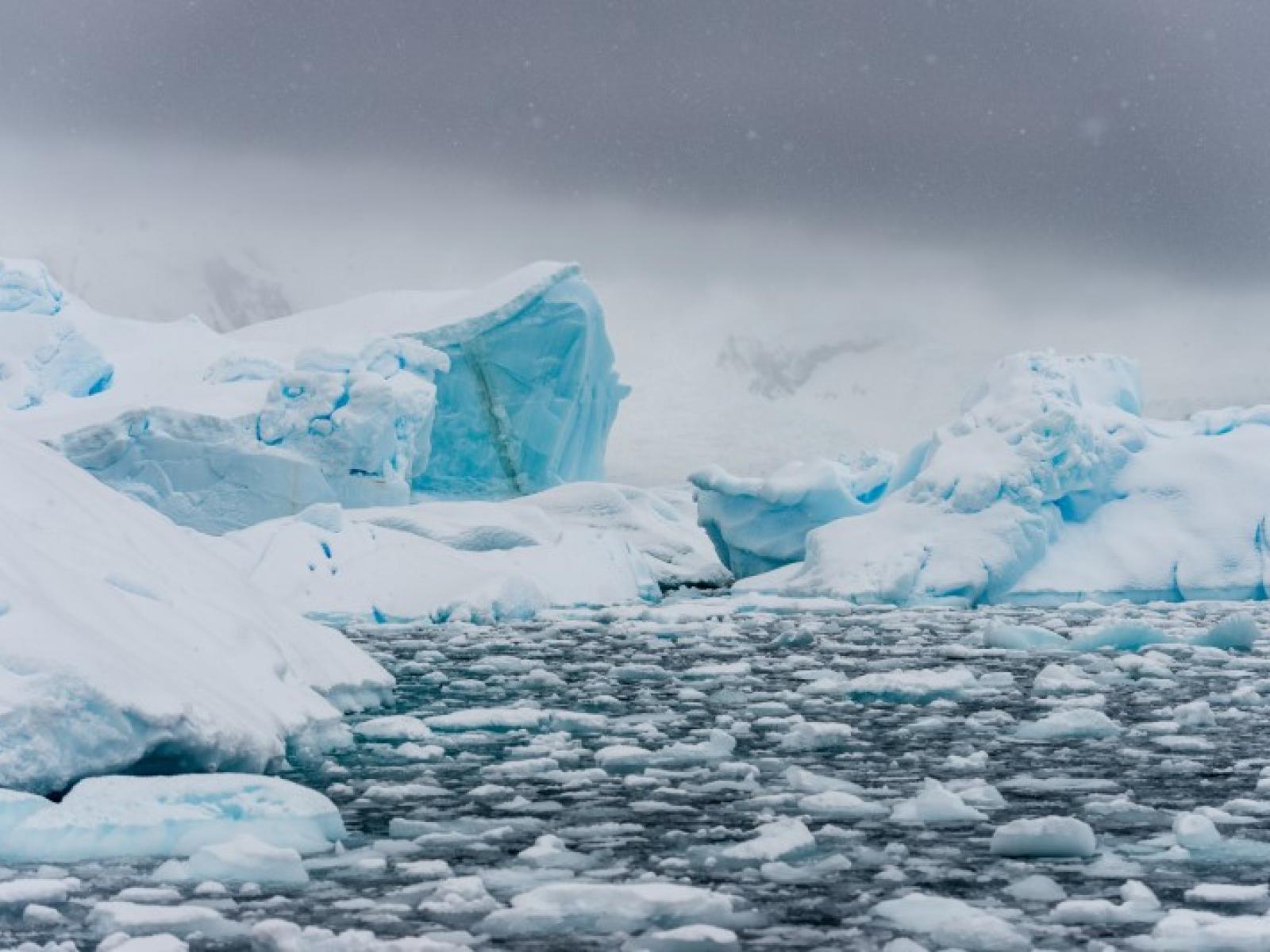 Ice extent affects weather and climate, ocean productivity, shipping, and fisheries, so it is important to understand why the ice has been disappearing in the Arctic while showing some sustained increases near Antarctica.

Photo by Paul Carroll on Unsplash

Environmental scientists have been searching for an explanation for the observed increase in sea ice around Antarctica between 1979 to 2015, despite observed temperature increases as CO2 goes up. Sea ice is important in both hemispheres because it reflects sunlight back to space and insulates the ocean’s surface, affecting water and energy exchanges. As the planet has warmed during recent history, summer sea ice extent has been decreasing in the Arctic but expanding in the Antarctic at modest but significant rates. A team of scientists led by Pacific Northwest National Laboratory (PNNL) explored this longstanding puzzle.

Ice extent at the poles affects many aspects of the planet including weather and climate, as well as operations such as shipping, fishing, and other features of environmental significance. Ocean-to-atmosphere surface exchanges eventually also influence the deeper ocean processes responsible for heat storage, and transport of energy from the equator to poles by ocean circulations. This study helps to explain why the two hemispheres are behaving so differently.

The team used the Community Earth System Model (CESM1) to make a collection of long-duration computer simulations to explore sea ice variability. Each simulation was developed to feature variations in ocean temperature, salinity and currents that could produce strong and sustained growth of Antarctic sea ice for a 40-year period in the model. The values of the ocean state were chosen by monitoring a very long control simulation that used pre-industrial values of CO2 concentrations and then identifying situations where the Earth System Model produced sustained sea ice increases for a long time. Another set of runs were started from those ocean states, but this time CO2 concentrations were increased at a rate similar to that observed between 1985 and 2000, which caused rapid global warming and eventual decreases in sea-ice extent. The model simulations indicated that sometimes sea ice could continue to increase for as long as 40 years, even in the presence of a warming agent. They demonstrated that natural variability on relatively long-time scales in the Southern Ocean around Antarctica is sometimes so large that it could (temporarily) overwhelm the effects of greenhouse gas increases. The study highlights the importance of accounting for natural (internal) variations when trying to understand human’s influence on the Earth System.

H A Singh was supported by a Linus Pauling Distinguished Postdoctoral Fellowship, sponsored by Pacific Northwest National Laboratory. P J Rasch was supported by the U.S. Department of Energy (DOE), Office of Science, Biological and Environmental Research, as part of the Regional and Global Model Analysis program under the HiLAT project. L M Polvani was supported by a grant from the US National Science Foundation to Columbia University.