Soil moisture influences both the activity of soil DNA viruses, as well as the composition and abundance of RNA viruses 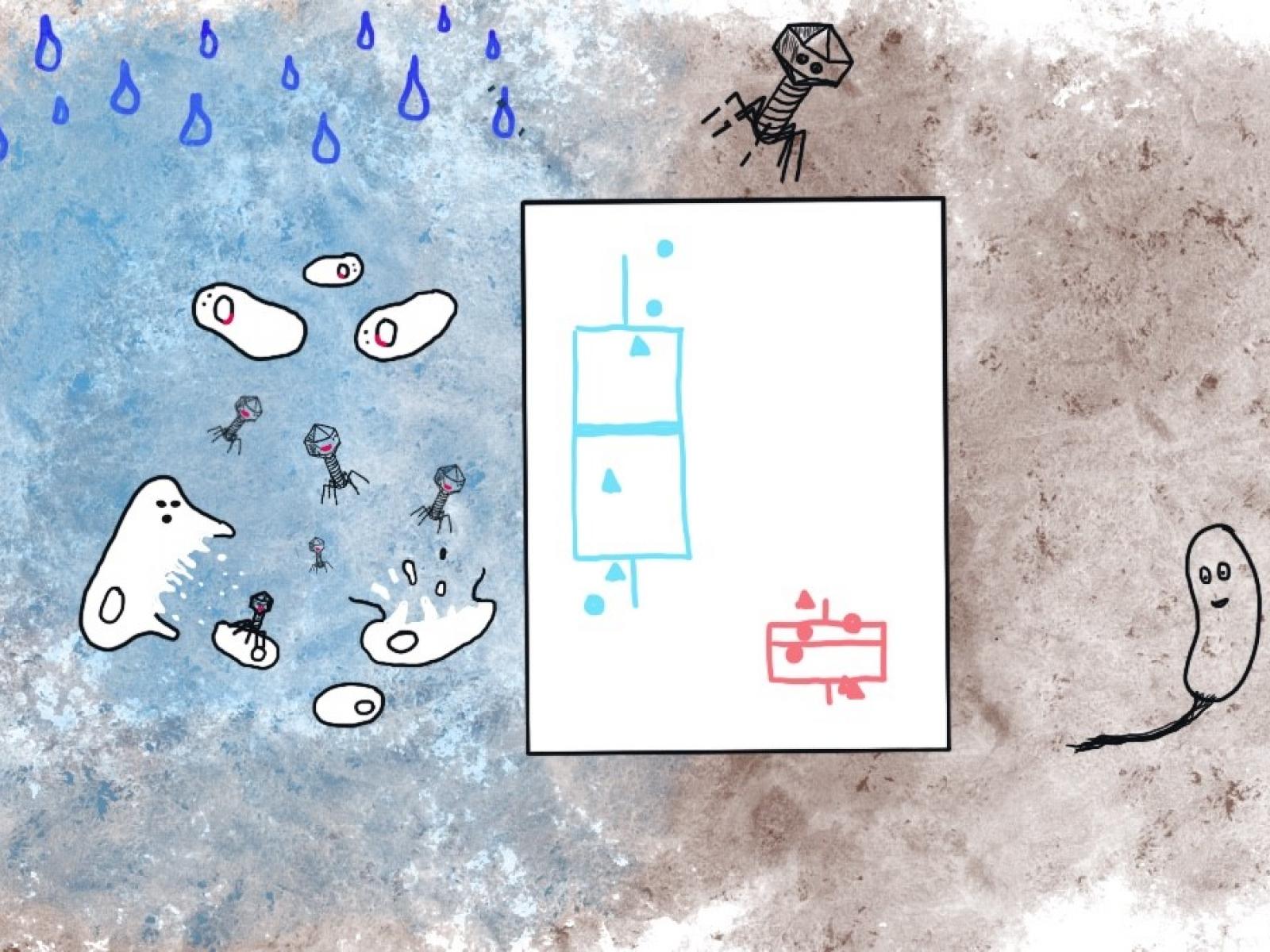 Soil is teaming with life, including billions of microbes and viruses in a single teaspoon. However, this microbial life is not visible to the human eye. A multi-institutional team of scientists identified DNA and RNA viruses in soil using several “omics” techniques to sequence genetic material and identify viral proteins. This information also allowed them to determine viral activity under various environmental conditions. The DNA viruses were mainly viruses that attack bacteria, called bacteriophage. RNA viruses, however, mainly attacked different kinds of eukaryotic species, such as insects and fungi. Extreme shifts in soil moisture conditions, such as expected to occur with climate change, impacted the composition and activity of both DNA and RNA viruses.

Soil viruses are part of the environmental microbiome that contributes to plant health and nutrient cycling, among other ecosystem functions. However, experimental difficulties extracting and decoding their genetic complexity mean that the majority of soil viruses are uncharacterized. Their responses to environmental changes also are unknown. Scientists want to learn more about that response because climate change is shifting global precipitation patterns. Some ecosystems are experiencing increased drought, while others have increased precipitation. This study showed that extreme shifts in soil moisture have profound impacts on soil DNA and RNA viruses. Although the downstream consequences of these changes are not yet known, they could have sweeping impacts on soil ecology.

A multi-institutional team collected native prairie soil in Kansas, which sits at the crossroads for predicted shifts in precipitation with climate change. These shifts range from increasing drought toward the southwest to increasing rainfall in the northeast. Then they wet the soil, air-dried it, or left it unchanged. Finally, they determined which DNA and RNA viruses were present under each condition.

The majority of transcribed DNA viruses were bacteriophage, but some were assigned to eukaryotic hosts, mainly insects. Higher soil moisture increased transcription of a subset of DNA viruses. The soil also had a high abundance of RNA viruses, with highest representation of Reoviridae. Leviviridae were the most diverse RNA viruses in the samples, with higher amounts in wet soil.

The protein data revealed that viral chaperonins, known to be essential for virion replication and assembly, were produced in soil. The soil viral chaperonins were phylogenetically distinct from previously described marine viral chaperonins. This study demonstrated that extreme shifts in soil moisture had dramatic impacts on the composition, activity, and potential functions of both DNA and RNA soil viruses.

Funding was provided by the DOE Office of Science Biological and Environmental Research program (BER) and is a contribution of the Scientific Focus Area “Phenotypic response of the soil microbiome to environmental perturbations.” The proteomic work was funded by the BER Early Career Research Program to Kristin Burnum-Johnson.