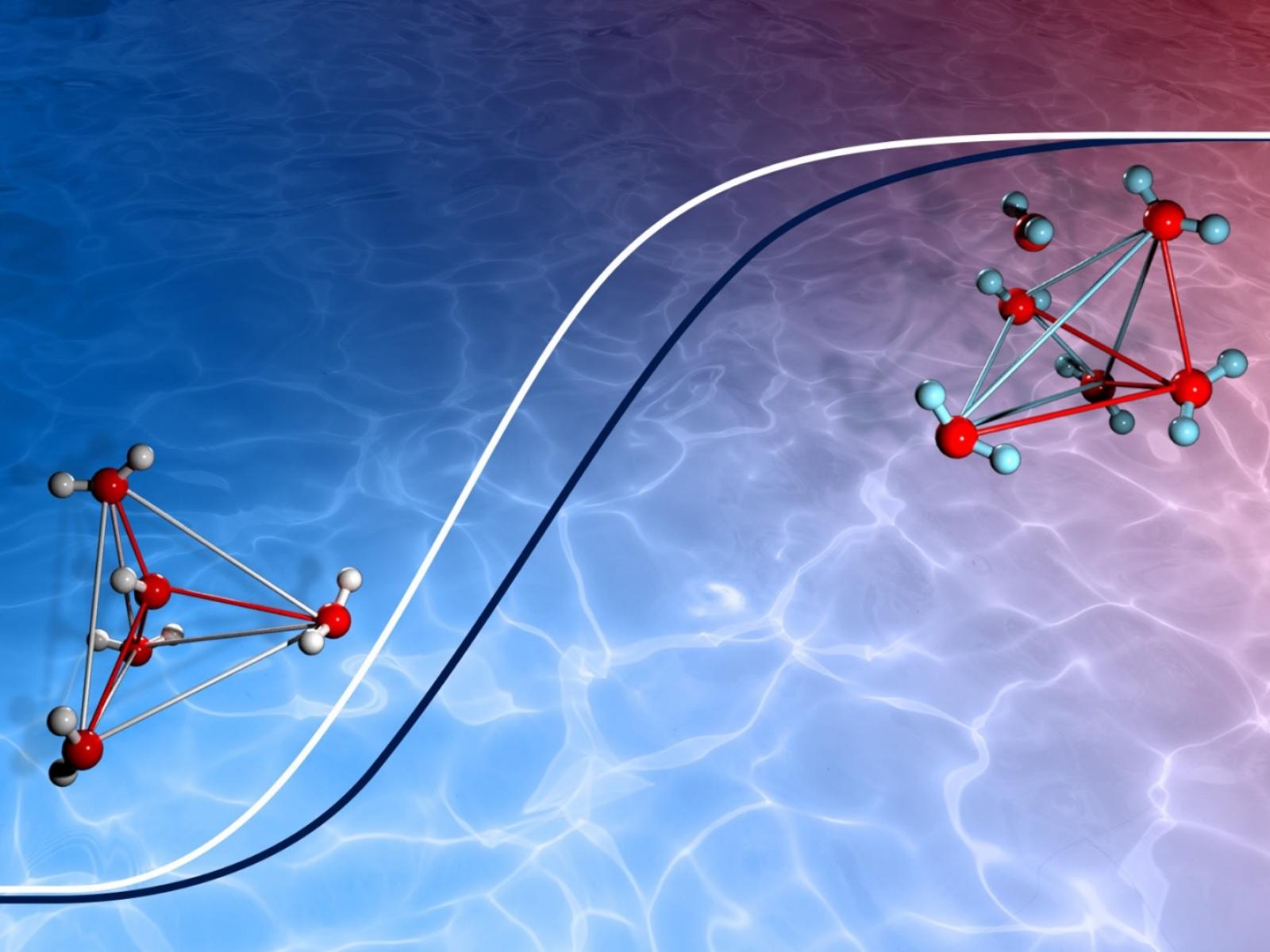 Understanding the structure of supercooled water can provide insights into the still mysterious properties of water.

Water is one of the most common and mysterious solvents on Earth. Much of the mystery remains due to the challenges of studying water in the supercooled region. A pulsed laser heating system allowed researchers to measure the structure and relaxation kinetics of deeply supercooled heavy water (D2O). The D2O underwent a transition between two metastable liquid states at a slightly higher temperature than standard water, or H2O. However, the behavior of mixtures of the two states remained approximately the same whether water was standard or heavy.

Despite its ubiquity as a solvent, researchers still do not understand the cause of water’s anomalous properties. Several theories that attempt to explain water’s weird behavior have key predictions in the difficult-to-measure supercooled region. This study reports a series of first-of-their-kind experimental examinations of supercooled liquid D2O at temperatures below ~240 K. These data can be used to test, validate, and benchmark different theories about water’s behavior.

Water, commonly known as “the universal solvent,” demonstrates unusual structural behavior in the liquid phase. This is likely due to the presence of two metastable liquid structural forms, known as hyper-quenched water (HQW) and low-density amorphous (LDA) water. Competing theories predict different behavior in the supercooled region, between 180 to 230 K. However, water’s rapid crystallization in this region makes it challenging to experimentally probe supercooled liquid water.

Using a pulsed laser heating system, researchers measured the structure and relaxation kinetics of supercooled heavy water, D2O. They found that, compared to standard H2O, the D2O underwent the transition from LDA to HQW water at a slightly higher temperature. The ratio of HQW:LDA water at a given temperature differed between D2O and H2O. However, the relaxation kinetics at a given ratio of HQW:LDA water were effectively the same for both D2O and H2O. These experimental insights can be used to evaluate theoretical frameworks that attempt to explain water’s unusual behavior.

This work was supported by the Department of Energy, Office of Science, Basic Energy Sciences program, Division of Chemical Sciences, Geosciences, and Biosciences. This research study was performed in EMSL, the Environmental Molecular Sciences Laboratory, a Department of Energy Office of Science user facility at Pacific Northwest National Laboratory.