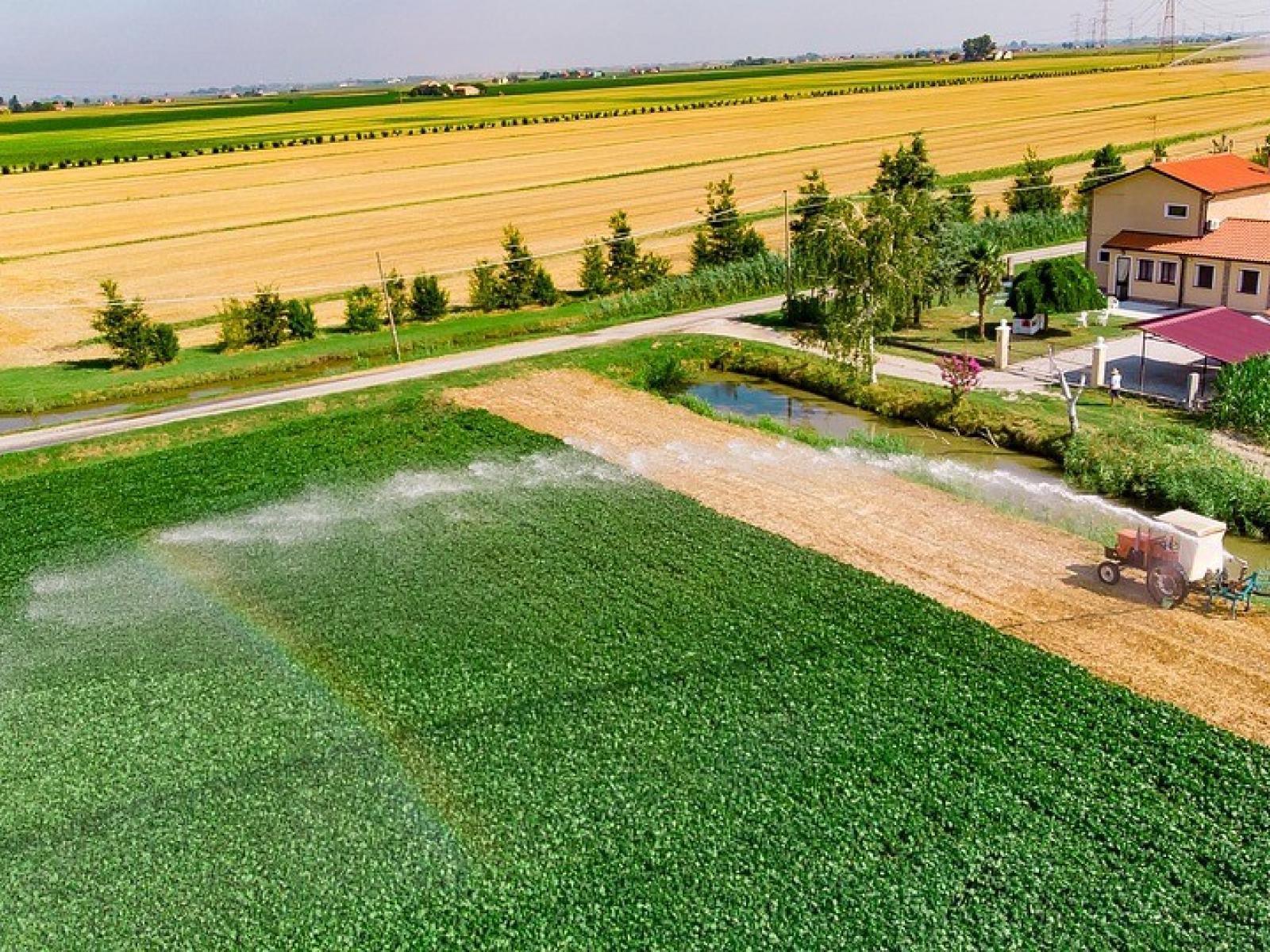 This study shows that irrigation significantly modulates water and energy cycles over and downwind of irrigated regions. The findings suggest that human-caused forcing of the water cycle through irrigation should be included in regional climate simulations.

Using the Weather Research and Forecasting (WRF) model at a convection-permitting scale, researchers investigated the impact of irrigation using two sets of simulations, one with and one without irrigation represented in the land surface component of the model. By comparing the two sets of simulations, researchers found that irrigation has a strong impact on water and energy balances over the continental U.S. This study suggests that irrigation strongly modulates regional energy and water budgets both over and downwind of irrigated regions. Irrigation tends to increase evapotranspiration and soil moisture, especially over intense irrigation regions. In the simulations, precipitation increases most over the downwind Midwest and Southeast U.S. Researchers found that precipitation, evapotranspiration, and recycling ratios increased over the irrigated regions, which suggests an enhanced land-atmosphere interactions and hydrologic cycle over these areas.

Given the importance of irrigation in modulating water and energy cycles over the continental U.S., these results suggest that irrigation should not be neglected in the land-surface component of climate models. They also suggest that the previously neglected irrigation cooling effect might be a contributing factor to the warm bias often seen in global climate models and is worth further investigation.

This research was supported by the Office of Science of the U.S. Department of Energy (DOE) as part of the Atmospheric System Research (ASR) Program via grant KP1701000/57131. F. D. was supported by National Science Foundation (NSF) CAREER Award AGS1454089. Q. T. was funded by Atmospheric Radiation Measurement program of the U.S. Department of Energy (DOE) under the auspices of the U.S. DOE by Lawrence Livermore National Laboratory under contract DE‐AC52‐07NA27344. The research used computational resources from National Energy Research Scientific Computing Center (NERSC), a U.S. DOE Office of Science User Facility operated under Contract DE‐AC02‐05CH11231.