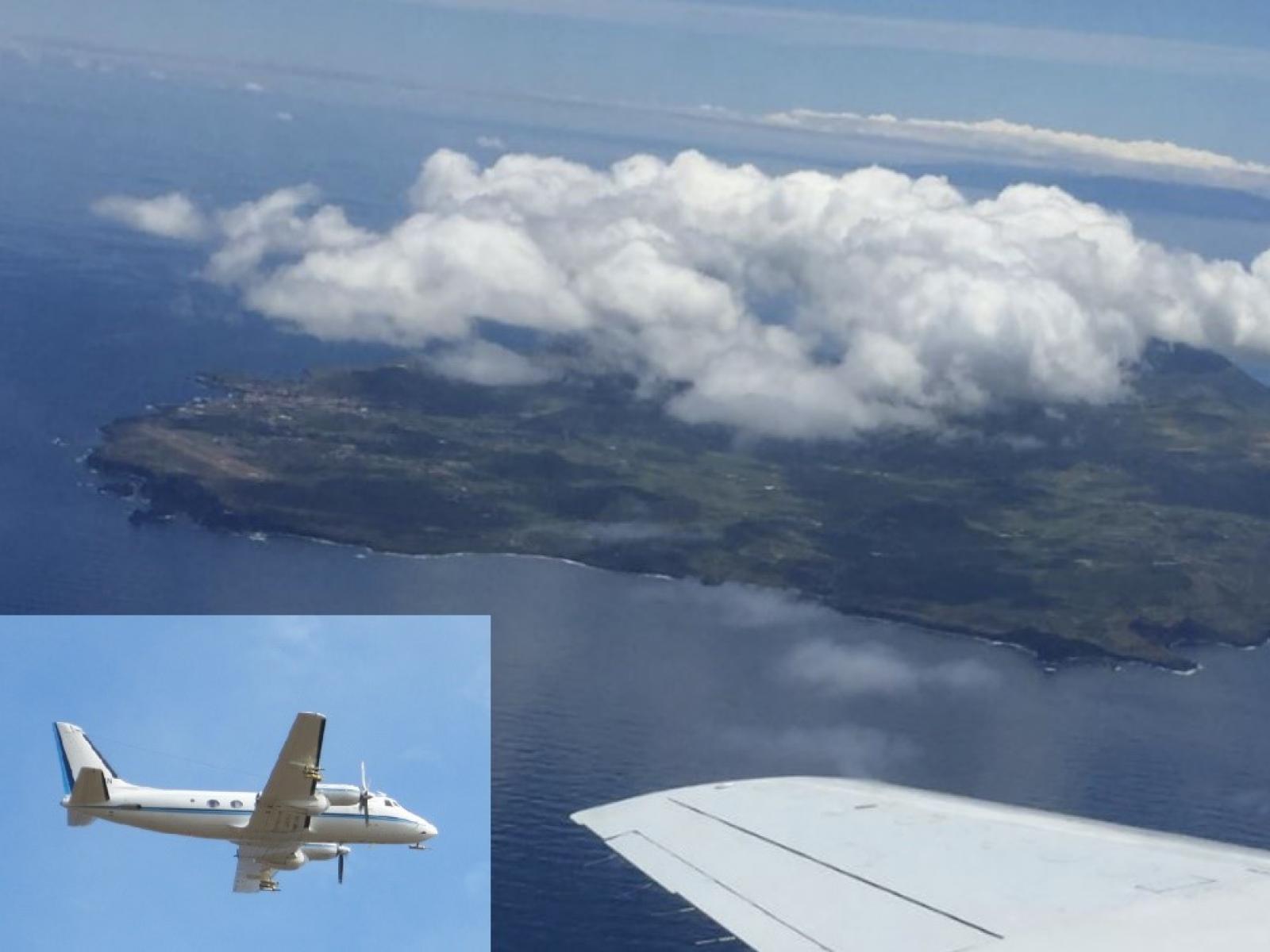 Water vapor needs microscopic particles, called cloud condensation nuclei (CCN), to form droplets inside clouds. Because clouds reflect solar radiation, they are a key component of the climate system. This study characterized the vertical profiles and sources of aerosol particles and the trace gases that form them during two seasons, summer and winter. The goal was to better understand the concentrations and sources of particles that serve as CCN in the remote Eastern North Atlantic atmosphere. The study found that the dominant particle sources were from chemical processing of ocean emissions in the summer and pollution transported from North America in both seasons. Together, these sources determine the number of CCN available for cloud formation.

The distribution and efficiency of CCN in remote regions is important for accurately capturing cloud formation in climate models. This work used the U.S. Department of Energy’s Gulfstream-1 (G-1) research aircraft to collect data. It found that both the gases and particles naturally emitted from the ocean and pollution transported from North America contribute to the CCN budget, with varying contributions depending on altitude and season. Seasonally and vertically resolved measurements of CCN particles in remote oceanic regions are scarce, enhancing the utility of these data for fine-tuning the performance of climate models. Cloud properties in remote oceanic regions are particularly sensitive to changes in CCN due to low particle concentrations, making understanding particle sources in these regions particularly important.

The Aerosol and Cloud Experiment—Eastern North Atlantic (ACE-ENA) campaign consisted of 39 research flights exploring the atmospheric composition around the Azores archipelago during the summer 2017 and winter 2018 seasons. The G-1 research aircraft, managed by the ARM User Facility, was outfitted with atmospheric instrumentation including an aerosol mass spectrometer and proton-transfer reaction mass spectrometer, which measure the non-refractory composition of submicron aerosols and trace gas concentrations, respectively. Examination of the vertical profiles obtained during the campaign revealed that local influences of sulfate and organic aerosol from ocean productivity predominate in the summer and that long-range transported pollution and wildfire aerosols from North America persist year-round. Researchers used two tracers—gaseous dimethyl sulfide and particulate methanesulfonic acid—to infer ocean productivity as an important source of aerosol in the summer. The presence of anthropogenic and wildfire tracers, such as black carbon and carbon monoxide, and back-trajectory analysis helped identify remote transported airmasses at higher altitudes. In the remote atmosphere over the ocean, moisture-absorbing biological marine aerosols contribute to the CCN budget in the summer, while long-range transported aerosols drive the CCN budget year-round.

This work was supported by the U.S. Department of Energy's (DOE’s) Atmospheric System Research, an Office of Science Biological and Environmental Research program; Pacific Northwest National Laboratory is operated for DOE by the Battelle Memorial Institute under contract DE-AC05-76RL01830. Collection of the data was supported by the Atmospheric Radiation Measurement (ARM) user facility, a DOE user facility managed by the Biological and Environmental Research program. 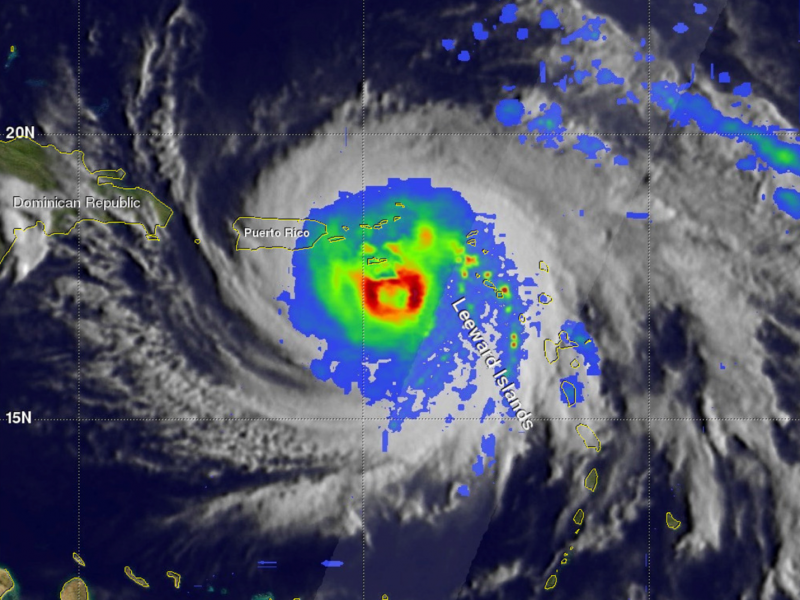 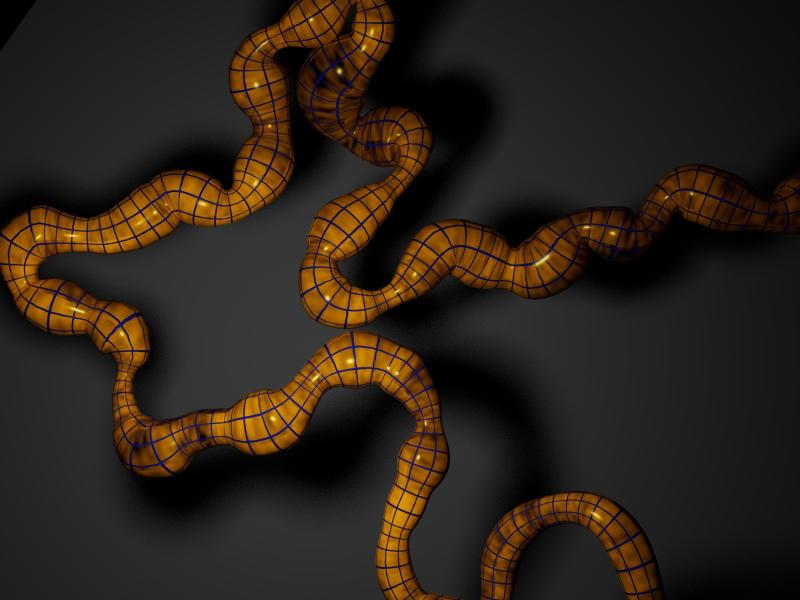 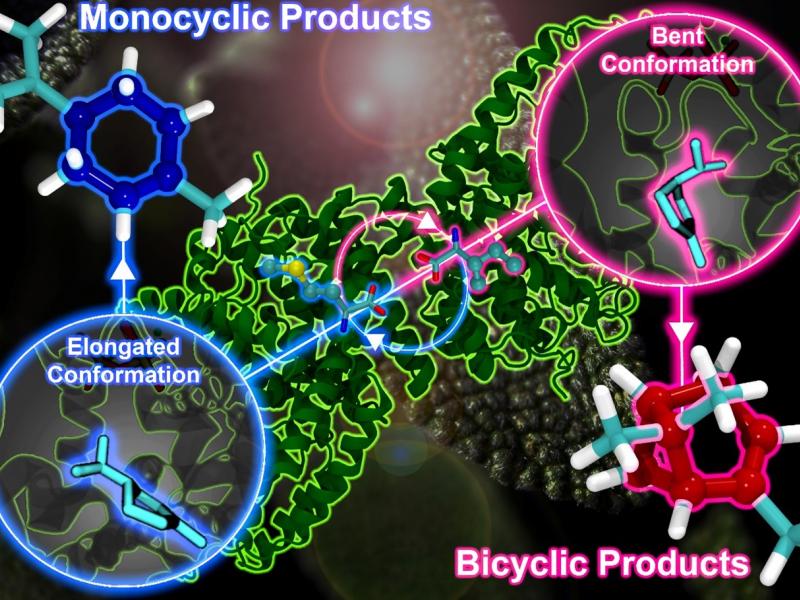