Why do the westerly jets shift poleward in certain seasons and regions but equatorward in others under global warming? 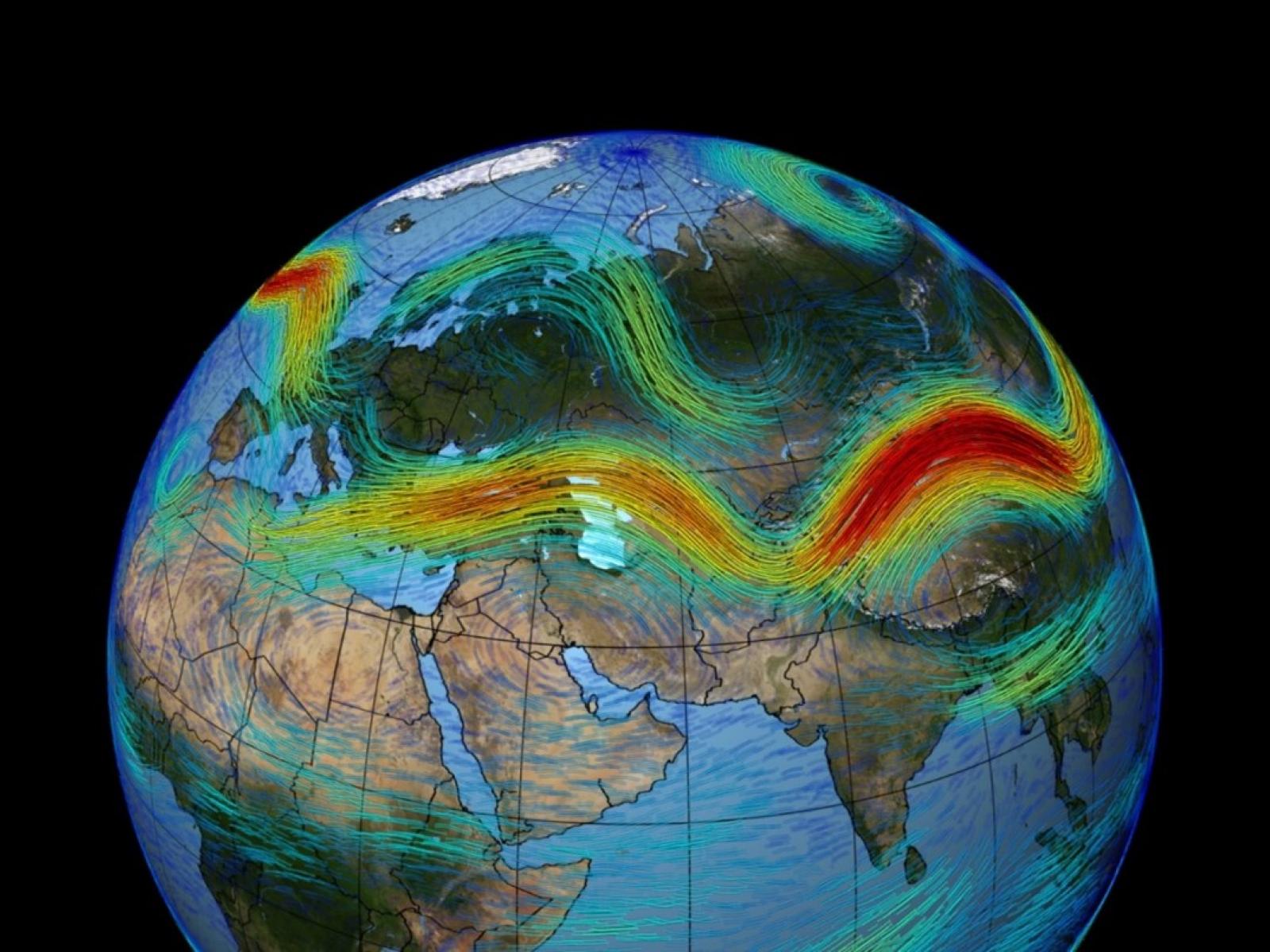 The equatorward-jet-shift mechanism from the enhanced tropical upper-level warming and the poleward-jet-shift from midlatitudinal transient eddies compete to control westerly jets in the Northern Hemisphere.

The westerly jets are concentrated, fast-moving air belts that usually peak in the subtropics and midlatitudes. Under global warming, the zonal-mean westerly jet is projected to shift toward the pole. On seasonal/regional scales, however, the westerly jets can shift toward the equator. The poleward and equatorward jet shifts imply distinct impacts on surface climate, but the causes of such distinct jet shifts are poorly understood. Researchers used a hierarchy of climate model simulations to show that the seasonal/regional equatorward jet shifts are driven by enhanced warming in the tropical upper level, whose effect overcomes the poleward-jet-shift mechanisms when the climatological jet is weak and close to the tropics.

The westerly jet is an important circulation feature with profound impacts on the mid-latitude weather. A poleward or equatorward jet shift with warming may steer thunderstorms to different regions. This study highlights that future jet shifts under global warming present significant seasonal and regional variance due to the opposing jet-shift mechanisms from the enhanced warming in the tropical upper level and the midlatitudinal eddies. A better understanding of the regionally and seasonally dependent jet changes would increase confidence in projecting their effects on low-level circulation, regional climate, and extreme weather.

How the westerly jets in the Northern Hemisphere respond to global warming varies substantially across seasons and regions. Distinct regional jet shifts between different seasons occur despite similar large-scale sea surface temperature warming patterns. Researchers interpreted the seasonally and regionally dependent jet shifts as a climatological-state-dependent competition between the poleward-jet-shift mechanism from changing midlatitudinal eddies and the equatorward-jet-shift mechanism from enhanced warming in the tropical upper level. When the climatological temperature gradient or jet is weak and peaks close to the tropics, the increased temperature gradient from the enhanced warming in the tropical upper level can drive jet shifts toward the equator. When the climatological seasonal/regional westerly jet is strong or peaks far away from the tropics, the jet regime is less susceptible to the influence of the enhanced warming in the tropical upper level, and the westerly jet thus shifts poleward under the effect of the midlatitudinal eddies. Both tropical moist adiabat physics that amplify upper-level warming, even under uniform warming, and a surface warming pattern that features enhanced equatorial warming contribute to the enhanced warming in the tropical upper level. Researchers showed that both uniform and enhanced equatorial warming contribute to the final equatorward jet shifts and that both their effects are seasonally and regionally dependent. Aquaplanet simulations with designed climatological states further demonstrated the dependency of the jet shifts on regional/seasonal climatology.

This research was supported by the Department of Energy, Office of Science, Biological and Environmental Research program as part of the Regional and Global Model Analysis program area.