A Window into the Hidden Nuclear World 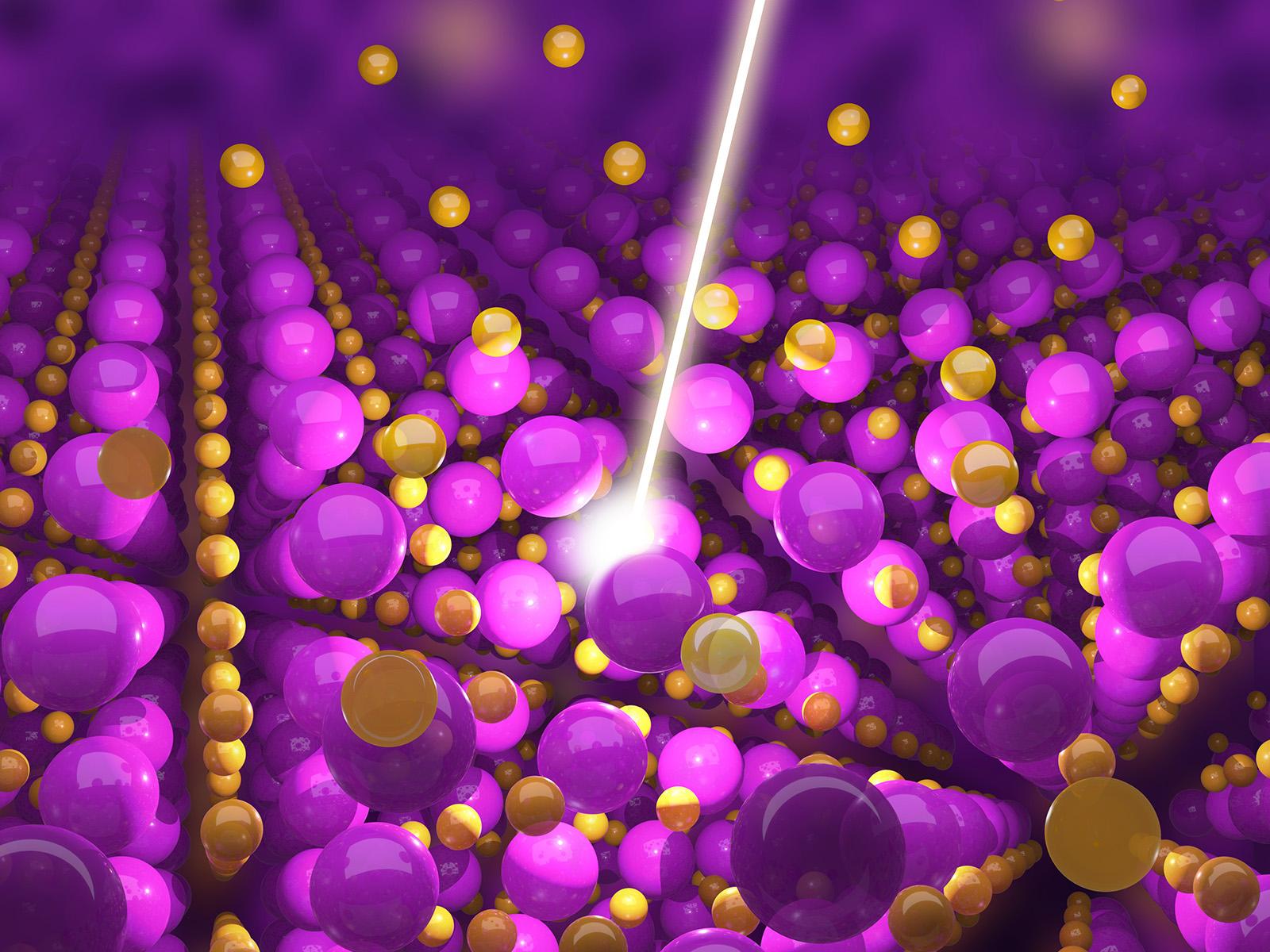 This image shows uranium atoms on the surface of a UO2 crystal mapped by the team using electron energy loss spectroscopy.

A team of researchers from PNNL, Lawrence Berkeley National Laboratory (LBNL), and the University of Chicago has developed a first-of-its-kind imaging approach to directly map the chemistry of a class of nuclear materials called actinides at the atomic level. The approach uncovered unique behavior that will help scientists improve the safety and performance of nuclear fuels.

Understanding the behavior of nuclear fuels is important for the operation of power plants around the world. Many fuels are based on the actinide oxide uranium dioxide (UO2), which undergoes complex reactions in air that can lead to early failure and unwanted contamination of waste storage sites.

As reported in the Proceedings of the National Academy of Sciences (PNAS) (DOI: 10.1073/pnas.1905056116), the team examined the surface of UO2 single crystals. When these crystals are exposed to air for extended periods, defects can form that degrade the integrity of the material. To date, most of the research on this system has been performed using X-ray techniques, which, while powerful, are limited in their ability to directly detect changes in the material’s structure and chemistry.

Next, the team used the microscope’s electron energy loss spectrometer (EELS) to acquire the first atom-level chemical maps of uranium and probe the nanoscale oxygen environment in the material. By comparing these measurements to theory calculations, the researchers determined how extra oxygen atoms were trapped and distributed across the surface. Interestingly, they found that the UO2 crystal surface is able to accommodate an excessive amount of oxygen without changing its crystal structure, something that had been predicted but not previously directly observed.

A New Perspective of Material Behavior

“Seeing really is believing,” explains Steven Spurgeon, lead author of the paper in PNAS and a PNNL materials scientist. “Using advanced electron microscopy, we were able to directly image the structure and chemical environment of these surfaces with unprecedented spatial resolution, providing improved details for our modeling. Our findings illustrate how the complex energy landscape of materials can give rise to unexpected behavior with profound implications for performance.”

The approach developed for this work offers far-reaching impact for studies of uranium compounds and other actinides, since it will allow researchers to directly access chemical environments that were previously hidden. Armed with a direct, local picture of structure and chemistry, scientists can refine models for the behavior of many nuclear materials. These models will in turn be more trustworthy, leading to safer, more reliable energy production worldwide.