When Kidney Failure Starts at the Heart 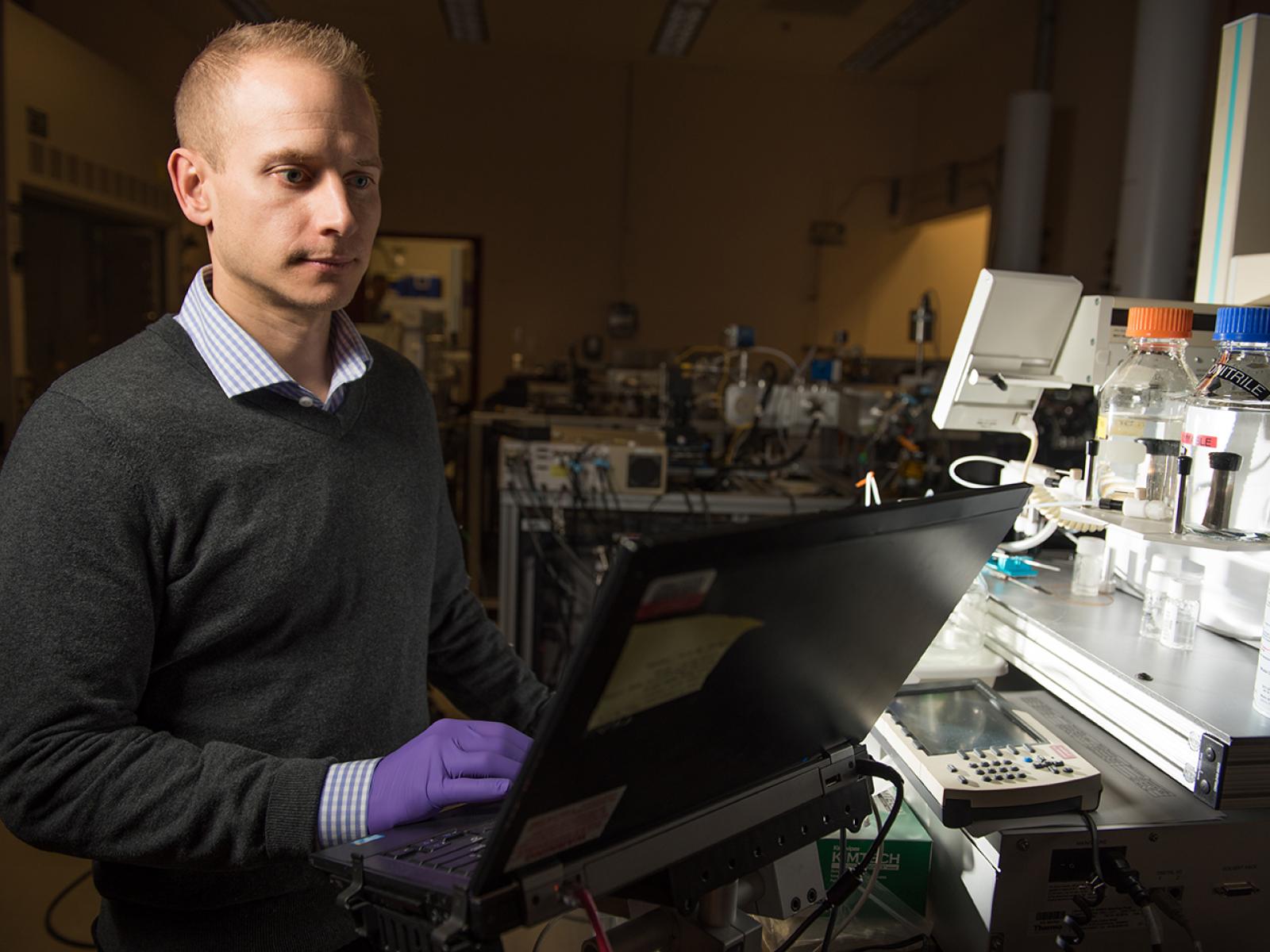 One of the most common and deadly complications from a heart attack is kidney failure. New research indicates that a specific protein in the bloodstream created after cardiac arrest may be the culprit.

Led by Oregon Health & Science University, the study examined the origin and molecular weight of blood proteins filtered through the kidneys after a heart attack. Through a combination of sampling and microimaging at OHSU, followed by nanoscale proteomic analysis at Pacific Northwest National Laboratory, researchers discovered elevated levels of heart-specific proteins in the filtrate after a heart attack.

The collaboration also established the first-ever proteome of glomerular filtrate. This fluid, filtered through a tiny sac in the kidneys, represents the “last stop” for proteins re-entering the bloodstream or moving out through the urine.

With this information, new targeted treatments could be developed to reduce health risks for heart attack survivors with compromised kidneys. The novel methods used in the study could also be applied to other areas of proteomic research for medical advances.

The research, published in the Journal of Clinical Investigation-Insight, represents a key accomplishment for the nascent Precision Medicine Innovation Co-Laboratory, or PMedIC. Established in February 2018, the collaboration combines clinical research expertise at OHSU with the latest in data science and technology at PNNL to accelerate discoveries for customized patient care.

“This study and its findings are an excellent example of what PMedIC was intended to do,” said Karin Rodland, a Lab Fellow and director of biomedical partnerships at PNNL. She holds a joint appointment as Affiliate Professor of Cell, Developmental, and Cancer Biology at OHSU and is co-director of PMedIC. 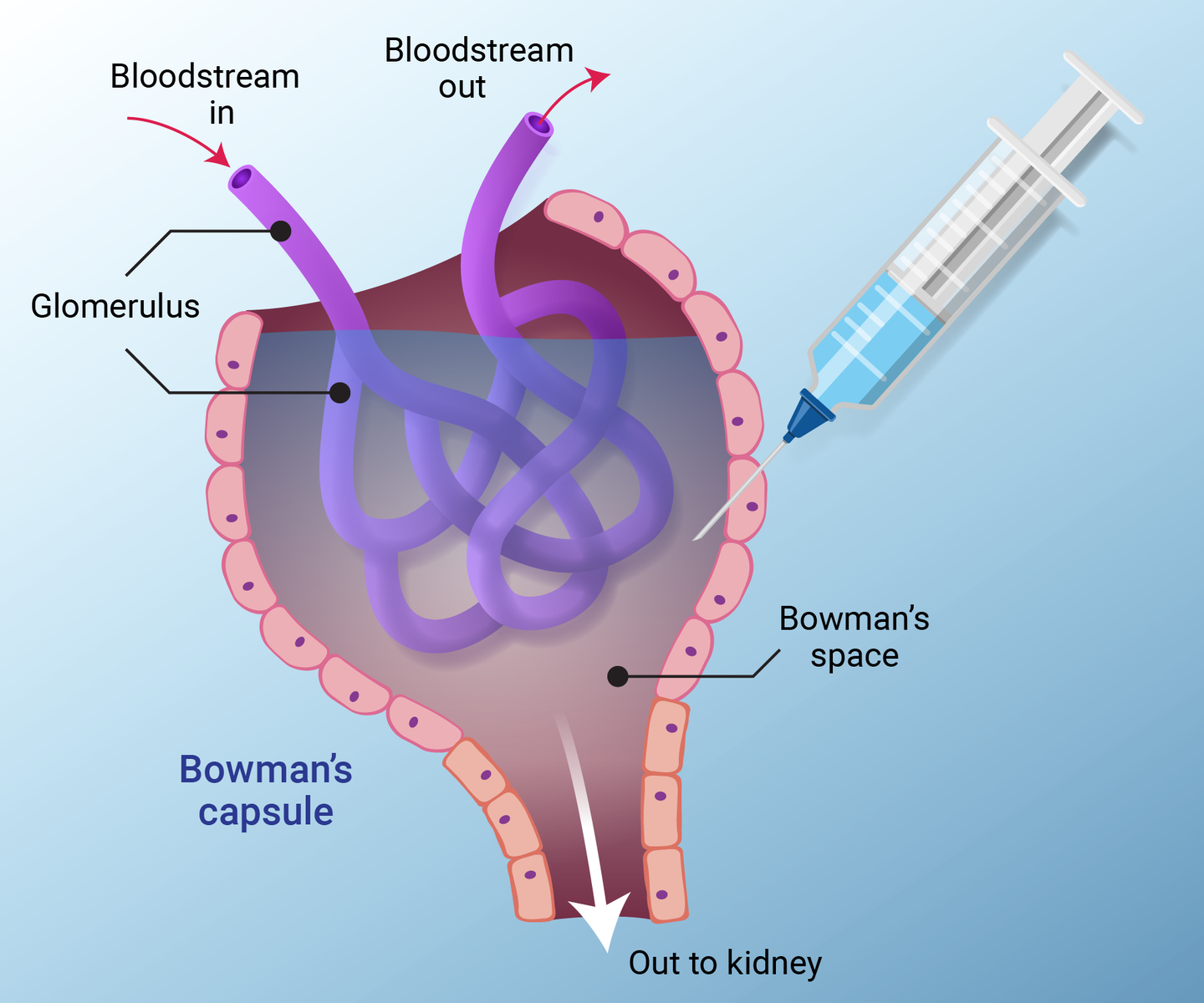 Mike Hutchens, a clinician-scientist at OHSU and the study leader, targeted a tiny area inside the kidney known as Bowman’s space, and its interior filtering unit, called the glomerulus. The glomerular filter retains large proteins in the bloodstream, and flushes smaller proteins and other molecules into Bowman’s space and, after additional processing by the kidneys, out through the urine.

Protein levels in urine typically signal problems like diabetes or heart disease. But because of the kidney’s “post processing” after the filtration process, urine can’t always help doctors identify specific problem proteins—they could have been added or removed downstream of Bowman’s space.

At OHSU, scientists gathered and examined glomerular fluid from the Bowman’s space in experimental mice after inducing a cardiac arrest, followed by cardiopulmonary resuscitation, just as performed with humans. High-resolution images showed that capillaries in the fluid from the post-heart attack group had shriveled and were more opaque than the control group, which did not experience cardiac arrest.

Thickening of the capillaries is an indication of reduced blood flow, likely due to scarring. This told the team that they had found a correlation. But they wanted to confirm that they had indeed captured fluid from Bowman’s space. So, they froze the fluid samples and shipped them to PNNL.

Paul Piehowski, a proteomics chemist at PNNL, helped develop the Simplified NanoProteomic Platform, or SNaPP. The one-of-a-kind instrument was designed to identify and quantify proteins from microscopic biological samples.

It can handle fluid samples down to 20-50 nanoliters—or about four millionths of a teaspoon. That’s more than 100 times smaller than required for standard proteomics approaches, which, according to Piehowski, “would see nothing in such a small sample size.”

In addition, they found the expected overlap of proteins between normal plasma and the filtrate from Bowman’s space. Researchers then compared the proteins discovered in the filtrate to proteomes measured from the range of cell types that make up kidney tissue.

First, proteins are sticky and will bind to anything they contact. So, minimizing the use of pipettes, sample transfers, different sample vessels, and clean-up steps is critical to successful analysis. SNaPP does all the necessary sample preparation steps within an enclosed system, automatically pushing the sample along with a series of pumps and valves.

“There is no way you could do this manually,” said Piehowski. “The samples are just too small.”

Second, the large protein molecules need to be broken down for more effective analysis. SNaPP does this in a column filled with tiny beads coated with trypsin, a digestive enzyme that breaks down proteins into smaller protein fragments. Protein solutions pumped through this column break down the fragments into smaller pieces called peptides.

These peptide fragments are trapped in a second column containing beads that bind them. This step concentrates and washes the peptides to remove any contaminants that can interfere with the analysis.

Finally, a third column separates the complex mixture of peptides before spraying them into the vacuum chamber of a mass spectrometer. This instrument measures the mass of each piece.

Piehowski said the results from the recent study illustrate what SNaPP can do, and that it can be applied to any number of biologically interesting samples.