When wildfires burn in the west, their heat and airborne particles inflict stronger rain and larger hail upon central states 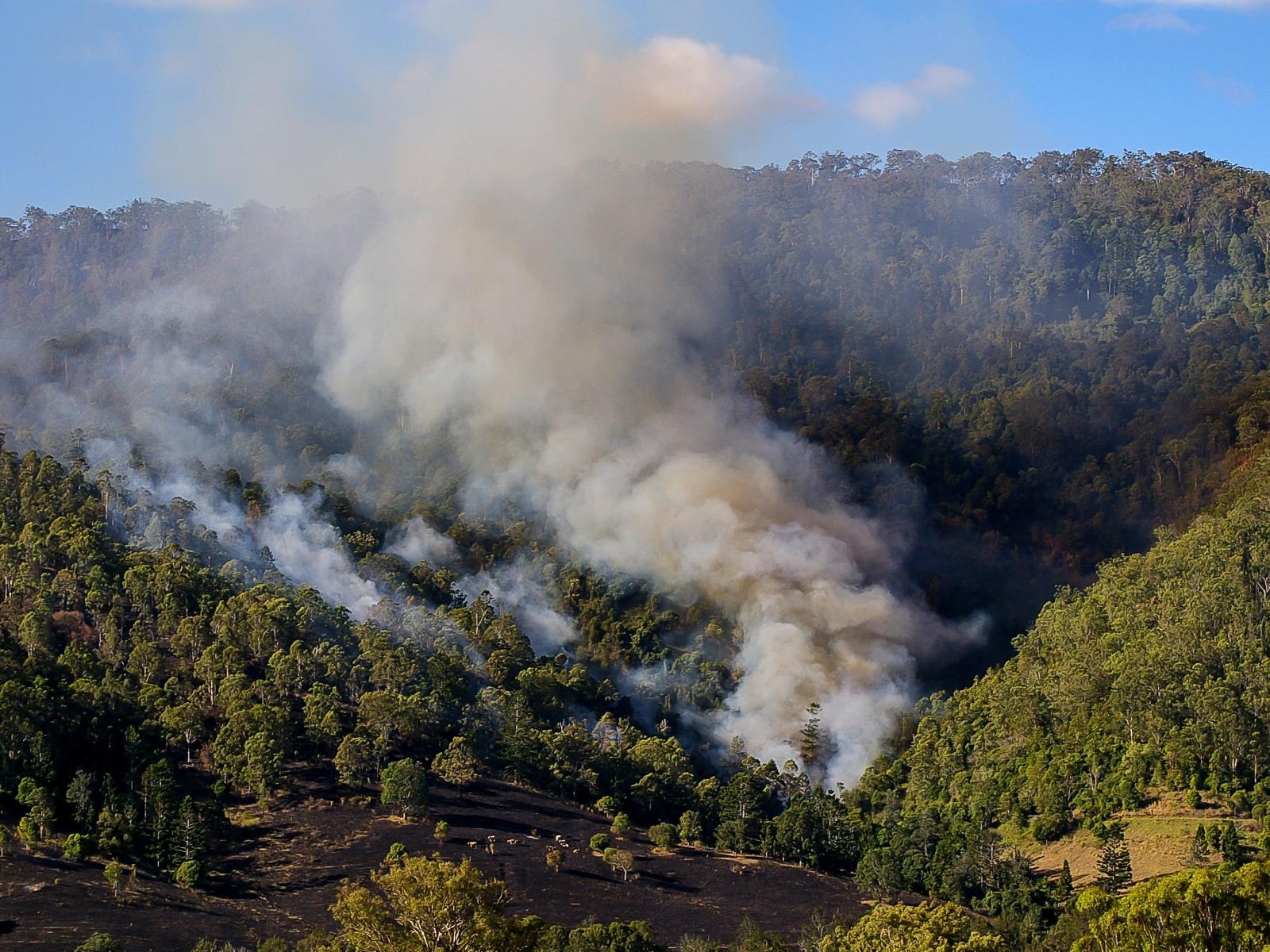 Wildfires can transform entire landscapes, turning green, forested hills to black and brown, charred terrain. But their influence extends well beyond the places where they burn. New research finds that smoke from western wildfires can, despite great distances, strengthen storms in downwind regions.

Typically, western wildfires and storms in the Central U.S. are separated by seasons. As blazes begin earlier each year, however, the two events now strike closer together.

Earth scientist Jiwen Fan, a Laboratory Fellow at the Department of Energy’s Pacific Northwest National Laboratory, began investigating a relationship between the two phenomena when she noticed that the west’s 2018 wildfires overlapped with storms in the Central U.S. She found that both events occurred simultaneously for a week. Looking further, Fan found it was the first time these storms and wildfires had concurred in 20 years where storms lasted over four days.

“I thought, maybe there’s some kind of connection there,” said Fan, who led the new study. Her team used data describing the storms’ hailstones and rain levels, as well as the fires and smoke plumes, to explore a possible mechanism behind the connection. The group used weather models that track heat and smoke particles to explore how the fires could remotely influence weather.

“We need to be careful and informed,” said Fan. “The more we understand about the contributing factors behind storms like this, which cause massive property loss, the better we’ll be able to prepare for them. And, as we look at the future climate, we know wildfires will increase, particularly in the west.”

“Severe storms in the Central U.S. are also projected to increase,” Fan added. “Therefore, it is reasonable to expect that these co-occurring events would happen more frequently, and the impact of western wildfires on central storms may become increasingly important in the future.”

The paper was published Monday, Oct. 17, in the journal Proceedings of the National Academy of Sciences.

What’s behind the relationship? Let’s begin with fires raging in the Western U.S. As they burn, these fires release incredible levels of heat. Some of the blazes, for example, warmed the fire area 10–40 times hotter than typical background temperatures in July. They also release billowing smoke particles, called aerosols.

Those stronger, westerly winds then carry smoke aerosols from western to central states. Along their journey, the winds pick up and carry atmospheric moisture, too. Now transported into storms brewing above the Central U.S., the greater concentration of moisture and aerosols kicks off a series of storm-strengthening reactions.

Like water droplets pooling on the needles of a redwood tree, the aerosols provide extra surface area on which water vapor can condense. As the water condenses, it releases heat. This added heat provides energy that strengthens storms. When a storm is sufficiently strong, the condensed water droplets freeze and start to form hailstones.

Inside the storm, strong updrafts repeatedly lift the hailstones up. Every second a hailstone spends inside the storm is another moment it can collect more cooled water droplets, creating a bigger and bigger hailstone, like string after string added to a ball of twine. Once the stones grow too heavy to be lifted by the storm’s updrafts, they drop down, dealing damage to crops, buildings, cars and occasionally people.

Local wildfires in the Central U.S. also strengthened the same storms, according to the study, but to a less significant degree. Those wildfires are much weaker than their western counterparts. Fan’s group plans to look for similar connections in other regions.

“The cost of the storms we studied exceeded $100 million in damage,” said Zhang. “If we know that distant wildfires contribute to stronger storms, that information could bring about better projections, which might help avoid some degree of destruction.”

The Carr Fire, which claimed a quarter of a million acres in California, and the Mendocino Complex Fire, which dealt $257 million in damage and burned 280 structures in the same state, were among the fires under study.

Hail in a changing climate

Many areas in the United States will see increased wildfires—that means more aerosols from wildfires will be lofted into the Earth’s atmosphere and influence its climate in ways that scientists are working to understand. In addition to enhancing severe storms through wildfires, how will the warming climate directly affect severe weather, particularly storms that produce hail?

In a separate study published in the journal Earth’s Future, Fan explored how climate change could alter hailstorms in the Central U.S. Fan found that some storms are sensitive to climate change, resulting in more frequent large hail, while other storms don’t hold that same sensitivity. Those sensitive storms are associated with a large-scale weather pattern, which is different from that of the storms insensitive to a changing climate.

“By linking the impacts of climate change on hailstorms to the easier-to-model large-scale weather patterns, this study advances our knowledge of hailstorm predictability with important implications for risk management,” Fan said.

PNNL authors of the study on western wildfires influencing Central U.S. storms include Fan, Zhang, and Manish Shrivastava. Cameron Homeyer of the University of Oklahoma, as well as Yuan Wang and John Seinfeld of the California Institute of Technology, are also authors.