Waste to Energy: Biofuel from Kelp Harvesting and Fish 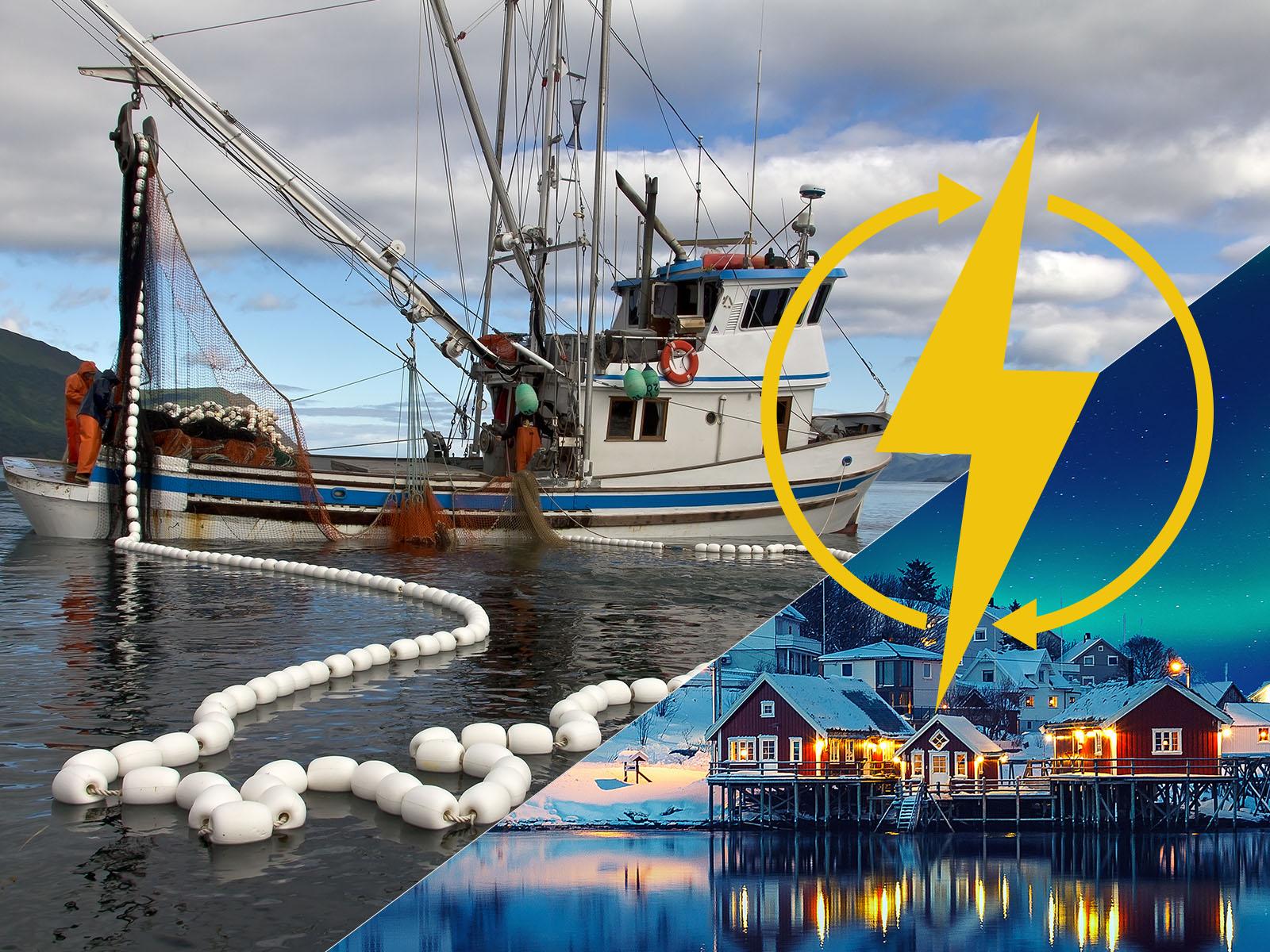 Using existing fish processing plants, kelp and fish waste can be turned into a diesel-like fuel to power generators or fishing boats in rural, coastal Alaska.

Kelp is plentiful in remote, coastal Alaska. Fuel is not. And it’s expensive.

Many isolated communities rely on diesel generators for energy because they are not connected to pipelines or the electrical grid. But diesel is expensive since it must be barged or flown in.

They found that by using existing fish processing plants, Alaska’s kelp harvest and fish waste could be transformed into a diesel-like fuel that is carbon neutral. The waste-to-energy fuel could then be used to power generators or fishing boats. The team’s research, sponsored by the U.S. Department of Energy’s Office of Energy Efficiency and Renewable Energy (EERE), was highlighted in a recent report.

“Diesel is expensive up there, especially in the winter. That’s what they use to keep heaters going,” said Michael Rinker, a PNNL program manager. “We wanted to see if we could turn existing waste into fuel in a way that makes financial sense to small, remote, disadvantaged areas in Alaska.”

Kelp is used in everything from food and packaging to thickeners for ice cream, toothpaste, and shampoo. In medicine it is used to treat cancer, diabetes, and asthma. Kelp harvesting is a worldwide industry, particularly in China. Yet in the United States, large-scale farmed kelp production is in its infancy and struggles to compete globally due to profitability challenges, lack of an effective supply chain, and issues with landing consistent markets in food and other products.

Alaska’s icy waters are great for farming kelp, and interest is rising. It’s a matter of putting the puzzle pieces together to match the supply with the demand.

"There’s opportunity for a kelp industry in Alaska, which could diversify our economic base and add big benefits to coastal communities,” said Shirly Marquardt, executive director of the Southwest Alaska Municipal Conference, a nonprofit regional economic development organization that was a catalyst behind this work. “Some farmed kelp is used for food. But we asked—what can we do with the rest? We know there’s potential there.”

The research team crosswalked different species of Alaskan-grown kelp with potential uses ranging from fertilizers to the recovery of rare Earth metals from the sea. But economically, the most practical opportunity was liquid fuel when it was combined with fish waste. That’s good news for rural Alaskan areas with some of the highest fuel costs in the country.

“The challenge was putting all the pieces together in a way that made financial sense and resulted in cheaper fuel than flying or shipping in diesel,” said Rinker.

“Ultimately, we wanted to use what is already there. Whether it’s kelp harvest waste or facilities that are already in place for fish processing,” said Rinker.

The researchers found that if they take fish waste and combine it with kelp, they could turn it into a usable biocrude or low-grade fuel that could potentially cost anywhere from $3.18–3.64 per gallon, depending startup costs. That’s significantly cheaper than the roughly $7 per gallon for fuel that must be flown in.

The conversion process relied on hydrothermal liquefaction, which uses high heat and pressure to produce a fuel-like diesel.

This highly oxygenated fuel isn’t great for diesel trucks, but can be used as a maritime or bunker fuel to power generators. The researchers noted that converting the biocrude to a higher-quality fuel requires additional steps and the addition of hydrogen, which ultimately drives up cost beyond what makes financial sense.

"The end product isn’t a high-value fuel like you’d find at a gas station, but it is definitely useful in some cases and better than what they have now, in terms of cost,” said Rinker.

The biofuel processing itself added another challenge—how do you power it without adding more fuel or costs to the equation?

“We had this plan, then followed up with: you’re going to use hydrothermal liquefaction—great!—but, where do you get power to do that? Liquefaction takes power, and we’re trying to avoid costly diesel,” said Rinker.

That’s where marine renewable energy could come in. While it won’t work for every community and village, incorporating it into future planning makes economic sense for some communities.

“For example, if someone is planning a new fish processing facility, it is probably worth considering how far that facility might be from future tidal or marine energy resources,” said Molly Grear, a PNNL environmental research engineer. “We wanted to develop criteria to help see what makes the most sense economically.”

Beyond kelp harvest and fish processing waste, the research team also looked at the added value of municipal waste to help further reduce costs. They also explored fermentation processes to create methane that can be used to create steam and power turbines.

The latter option was less feasible because fermentation digesters take up large amounts of space and don’t work well in cold environments.

"These preliminary results definitely point us in a direction and show some feasible options,” said Rinker. “But we would like to do additional waste stream testing to see if we can dial things in to be even more helpful.”

The results are a first step toward understanding whether producing biofuel from kelp and fish waste is an economically viable option. Imagining future research, Rinker asked, “Now that we know this might work, what if we tested it in a few specific coastal communities to dial in the details?”

He noted that different communities have different site-specific challenges, and therefore different levels of uncertainty that still need to be fleshed out. Also, the overall supply chain would need to be assessed in terms of logistics and labor needs. Plus, there are still unknowns about the chemical makeup of different kelp species in terms of the untapped opportunities each could offer.

In the drive toward reduced carbon emissions, there are big benefits in exploring non-fossil-fuel opportunities while leveraging byproducts that currently go unused.

This research was supported by EERE’s Advanced Manufacturing Office and the Water Power Technologies Office.