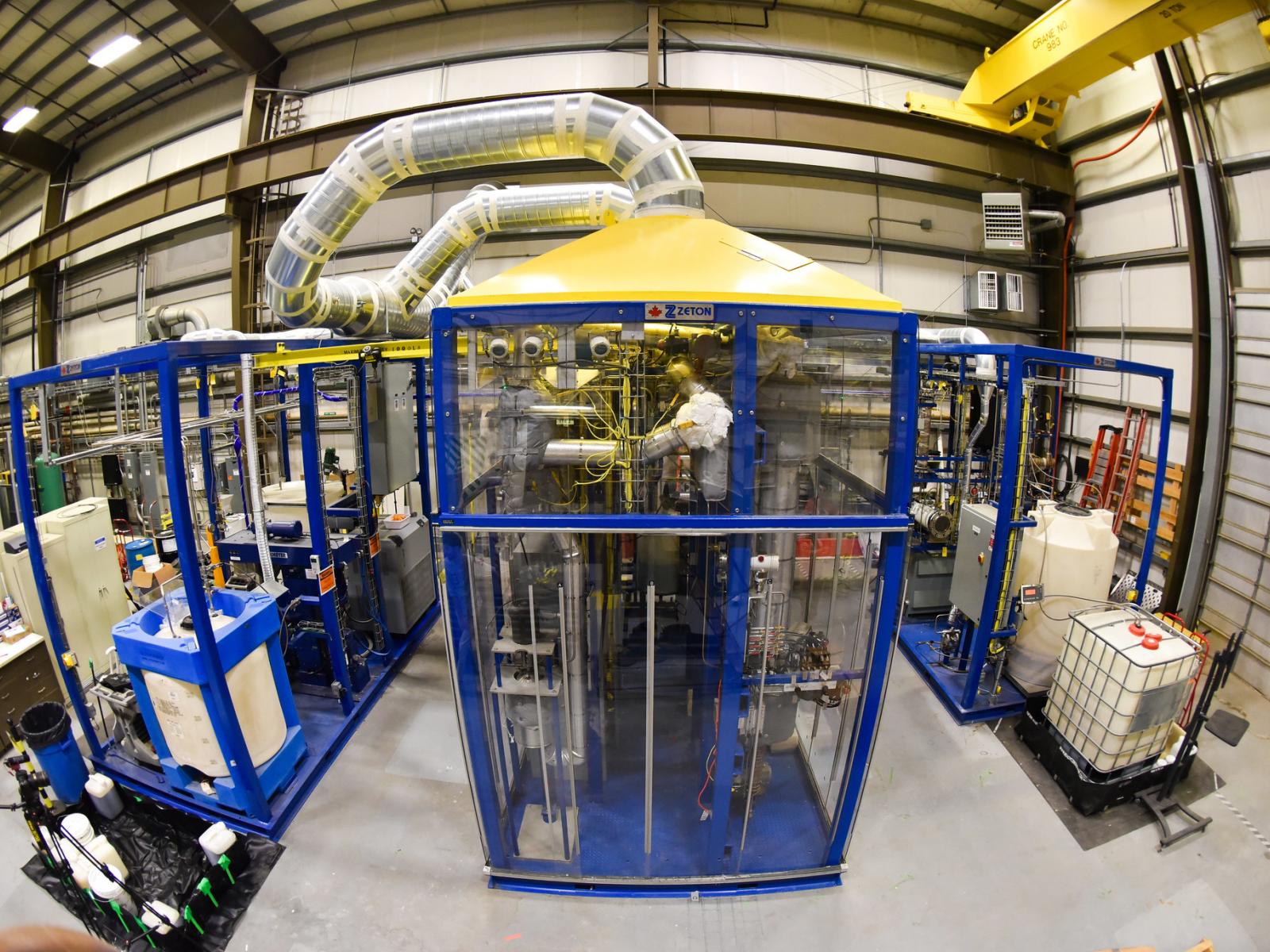 Scientists and engineers at the Pacific Northwest National Laboratory have long performed research with HTL at a smaller scale—using high temperature and pressure to break down sludge into simpler compounds, turning them into biocrude oil. HTL is ideal for wet feedstock, as other processes used to treat solids require the material to be dried first, which is energy intensive.

Now, we are taking this research to the next level, innovating technology for larger-scale hydrothermal processing methods to convert wet waste feedstocks into biofuels. The following are three complementary systems that are helping to achieve this goal—all available to industry to use while accessing PNNL’s expertise.

The MHTLS also has three operations sections, or skids:

The liquids captured in the collection tank during the HTL process contains a second potential fuel stream—methane. To obtain this fuel stream, PNNL’s Catalytic Hydrothermal Gasification PDU Systems consists of:

The systems provide a Chemical Oxygen Demand (COD) reduction of greater than 95 percent.

When the biocrude enters the collection tank during the HTL process, it is not yet chemically ready for use. An upgrading step helps make it a compatible biofuel blendstock. PNNL possesses upgrading PDU systems to scale down biocrude pretreatment and upgrading methods: