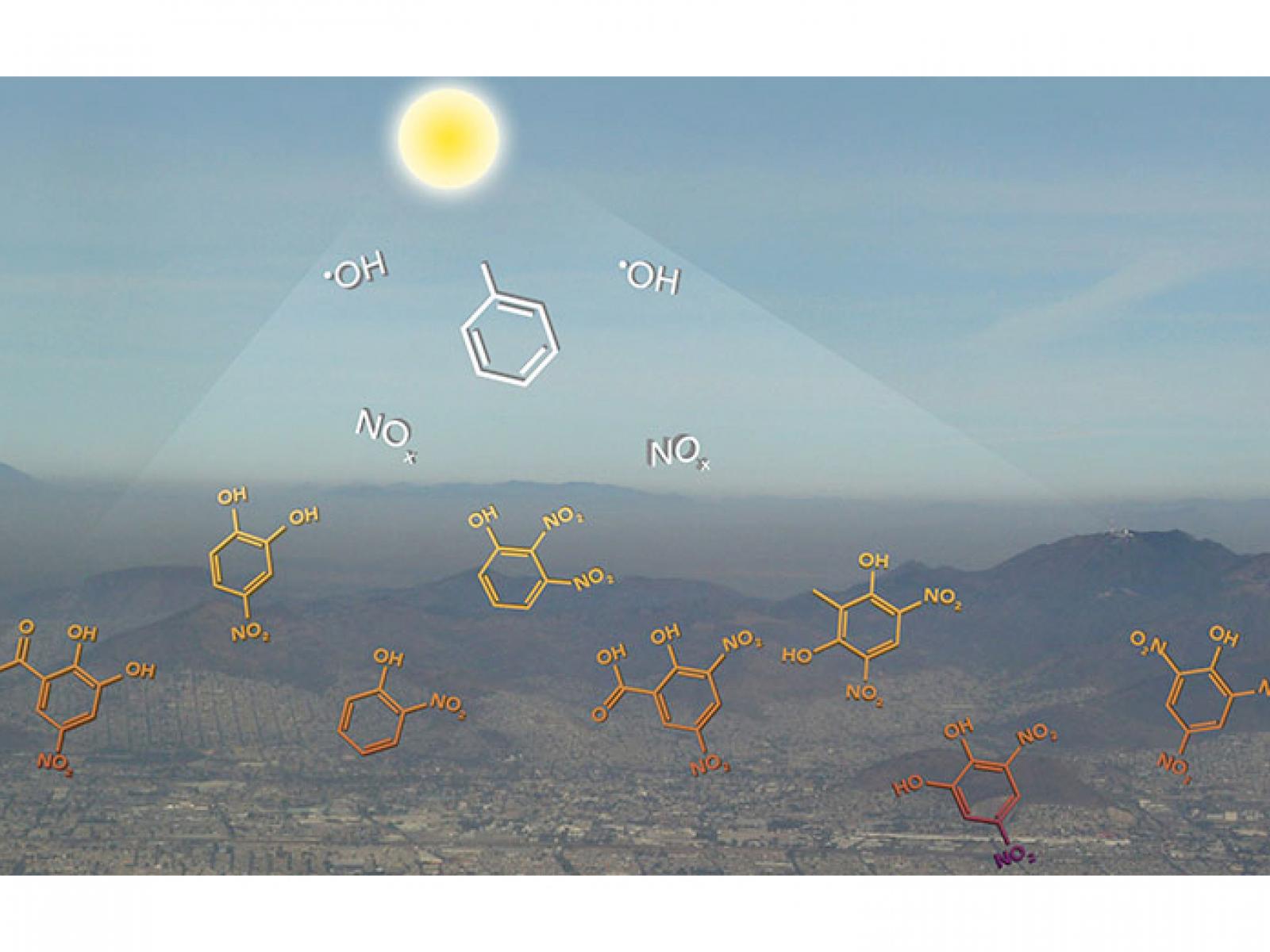 The brown haze hanging over Mexico City is largely composed of brown carbon. Formed through a complex mix of pollution-born and natural-source chemicals in the atmosphere, brown carbon is highly light absorbent. Looking at the picture, imagine standing on the street under this haze: it is a blanket of warmth with an unpleasant odor. This blanket not only impacts the well-being of residents living under its spell, it affects the balance of energy between the Earth and sun. Understanding its impact will help scientists plug brown carbon into the models helping project climate impacts.

Ubiquitous yet mysterious. Light-absorbing, carbon-containing particles, also known as brown carbon,  are prevalent in the atmosphere yet highly variable. Scientists are working to fill in knowledge gaps in how they form, their chemical properties, and how much light they absorb.

A research team led by Pacific Northwest National Laboratory conducted controlled experiments in PNNL's environmental chamber to mimic the chemical reactions taking place in the atmosphere. They looked at the impact of different particle ingredients (precursors), the reaction conditions (temperature and light), and the amount of atmospheric moisture (relative humidity) on brown carbon formation and aging. The results suggest that brown carbon formed from common, human-caused pollution could have a significant impact on the energy balance of the Earth. Further, their work indicates the need to carefully revisit how brown carbon is represented in climate models.

Why It Matters: There are two types of carbon-containing (organic) atmospheric particles and both are very good at absorbing sunlight—thus, important to consider as atmospheric warmers. Black carbon particles are fine particulates emitted by high-temperature burning primarily of fossil fuels, such as in diesel engines. Brown carbon particles are emitted by combustion of organic materials, or biomass, such as natural or human-caused fires, crop residue, and land clearing. However, recent research has shown that brown carbon can also be formed when mixtures of natural and human-made chemicals react together in the atmosphere in the presence of sunlight to produce "secondary" organic aerosols (SOA). The research suggests that this secondary brown carbon could have significant impacts on local or regional climate, providing new insights on how to better evaluate SOA impacts in climate models.

What's Next? Researchers are planning a more detailed analysis of chemical compositions responding to light absorption. The inherent SOA formation mechanisms, which are substantially altered by environmental conditions, are an additional avenue of inquiry.

Sponsors: The work was supported by the Laboratory Directed Research and Development funds of Pacific Northwest National Laboratory.

User Facility: A portion of this study was performed at EMSL, the William R. Wiley Environmental Molecular Sciences Laboratory, a national scientific user facility sponsored by the U.S. Department of Energy's Office of Biological and Environmental Research and located at PNNL.

Related Highlights: The Color of Smog; How Trees Change the Atmosphere; The Overambitious Other Carbon