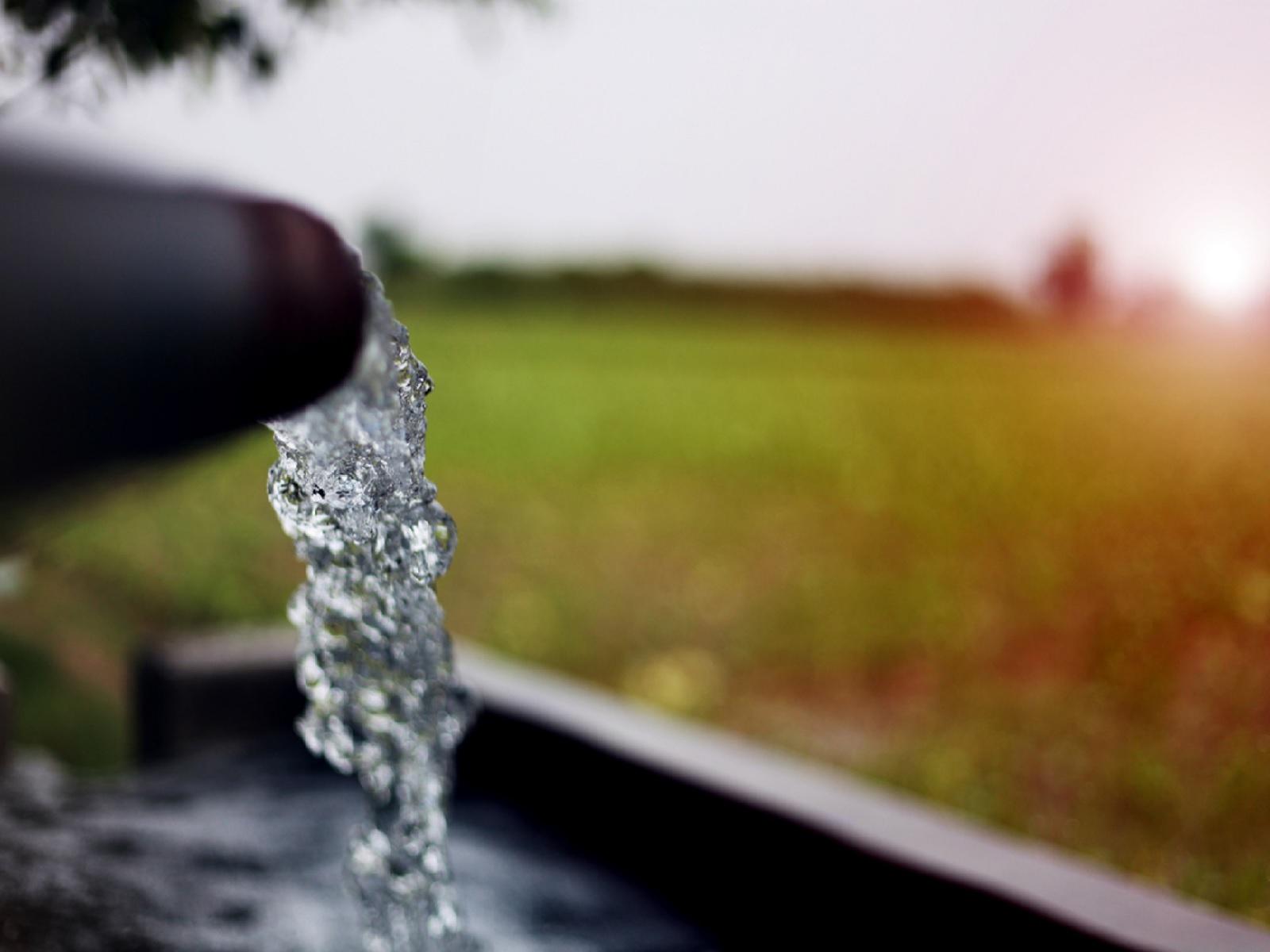 Pacific Northwest National Laboratory provided ultra-low measurements of argon-39 to date groundwater from California’s San Joaquin Valley. The collaborative study with Woods Hole Oceanographic Institution and the U.S. Geological Survey revealed new information about the effects of mid-20th-century agricultural practices on groundwater chemistry. PNNL is one of only a few laboratories worldwide with the capability to measure argon-39 at atmospheric concentrations for groundwater age dating.

Scientists are gaining deeper insights into how agricultural practices affect groundwater, thanks in part to an isotope groundwater age-dating technique made possible by ultra-sensitive radiation measurements at the U.S. Department of Energy’s Pacific Northwest National Laboratory (PNNL).

In a recent study published in Science Advances magazine, physicists from PNNL partnered with the Woods Hole Oceanographic Institution, U.S. Geological Survey, and Argonne National Laboratory to use isotope dating to estimate the age of groundwater samples from California’s San Joaquin Valley.

Groundwater ages can reveal important clues about potential contaminants in the aquifer, and how often and from which sources the water table replenishes. Scientists use this information to predict groundwater vulnerability to contamination and depletion, to better understand groundwater flow, to improve model calibration, and to inform water management practices.

The California study tapped PNNL’s rare ability to measure argon-39 to identify groundwater that entered the aquifer between 50 and 1,000 years ago—a time period typically not covered by other common groundwater tracers. PNNL is one of only two laboratories in the world with this ability.

With the argon-39 measurements, researchers now better understand how mid-20th-century agricultural practices may have changed groundwater chemistry and, as a result, affected the reliability of the more conventional carbon-14 groundwater dating technique.

The study was the first time PNNL’s ultra-sensitive radiation measurement capabilities were used as part of a collaborative study to solve a problem in groundwater science.

“This is one of the first opportunities we’ve had to work with subsurface transport and hydrology communities to use this ability to answer a question in groundwater science,” said PNNL physicist and Laboratory Fellow Craig Aalseth. “This is a big milestone for us, but how we got here is even more interesting, because we took pieces of our fundamental physics work and our national security work to put this capability together.”

“Argon-39 fills a missing piece as part of a larger suite of radiotracers that help groundwater scientists better understand groundwater residence times—and PNNL is a key part of that,” said Emily Mace, a PNNL physicist who contributed to the study.

Tracing radioactive isotopes dissolved in water is a common approach for estimating groundwater age. However, argon-39 has historically been underused as a tracer for groundwater dating. The noble gas radioisotope’s long half-life and ultra-low radioactivity make it difficult to measure with conventional techniques.

Argon-39 is produced naturally in the atmosphere and enters the aquifer through rainwater.

“By looking at the tracer’s decrease in radioactivity compared to the assumed constant atmospheric level, you can tell how long that water has been out of contact with the atmosphere,” Mace said.

Because certain isotopes decay at known rates, scientists can measure the radioactive decay of various tracers to estimate when the water entered the aquifer.

With carbon-14 and tritium on opposite ends of the time scale, there has been a large age gap in groundwater residence times—until PNNL stepped in to fill it.

“Argon-39 is an intermediate age tracer that fills that gap right in the middle,” Mace said. “With a 269-year half-life, it allows us to look at things on a scale of 100 years, so it really fits a missing niche for groundwater scientists.”

The California groundwater study researchers used a suite of radioactive tracers to date samples from 17 wells in the San Joaquin Valley. The large agricultural region relies heavily on groundwater for irrigation.

By including argon-39 measurements in the study, the scientists were able to look more closely at how mid-20th-century agricultural activities—such as carbonate soil amendments and irrigation methods—influenced the aquifer’s high carbonate levels and, in turn, potentially obscures the reliability of results from widely used carbon-14 dating techniques.

Using tools like argon-39 “provides key constraints for disentangling the impacts of groundwater mixing and dissolved inorganic carbon on carbon-14,” the authors said.

PNNL is among few worldwide to measure argon-39

PNNL is one of only two laboratories in the world with the scientific expertise and specialized tools to take ultra-low-level measurements of argon-39 by looking at its radioactive decay. The other is the University of Bern in Switzerland.

“Argon-39 is historically hard to measure for many reasons,” Aalseth said. “It doesn’t have a very specific signature (isotope fingerprint), it requires specialized argon chemistry, and the rate of radioactivity is very low because of the long half-life, so you need a very low-background measurement.

“Those are all things PNNL was able to bring together for this study,” he said.

PNNL’s ability to measure argon-39 is made possible by highly sensitive radiation detectors designed and built from ultrapure copper by PNNL scientists. The ultra-sensitive measurements are taken 60 feet underground in PNNL’s Shallow Underground Laboratory. The facility is equipped with ultra-low-radiation detection instrumentation that reduces interference from background radiation—or radiation that occurs in the natural environment—by 99%.

“It turns out that the same technology we use for detecting argon-37—an isotope that has a much shorter half-life—to provide tools to monitor things like compliance with the Comprehensive Nuclear-Test-Ban Treaty is also particularly good for measuring argon-39 and ideal for determining time scales like those important for groundwater,” said Aalseth, who leads the Ultra-Sensitive Nuclear Measurements Program.

Aalseth said the groundwater study collaboration is an example of what can happen when multidisciplinary teams work together to develop science-based solutions that can be applied to tackle tough challenges across mission spaces—from national security to Earth sciences to fundamental physics.

“We see the argon-39 age-dating measurement as an indicator about what other things might be possible,” he said. “For example, there are other isotopic measurements that could be very valuable to the environmental science community, and those are bridges that we’d like very much to build.”