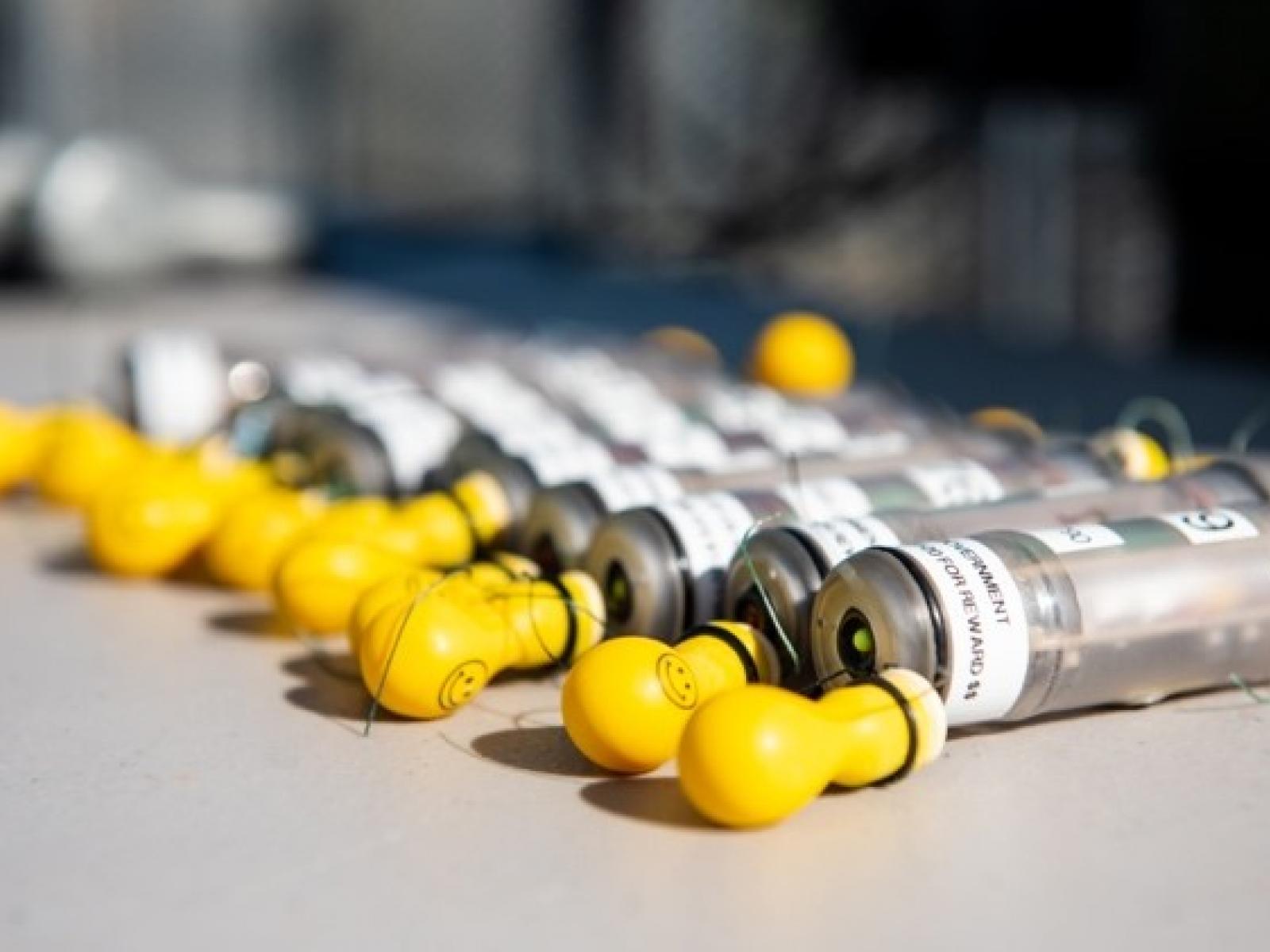 Working on top of Ice Harbor Dam, a team of PNNL researchers had little time to appreciate the view. It was a beautiful, sunny fall day in early October and the team was on its 4th day of releasing Sensor Fish to travel through the dam.

The sensors—small tube-shaped devices that collect information about the physical experiences of fish as they pass through dams— are providing data to the U.S. Army Corps of Engineers (USACE), Walla Walla District, and the Bonneville Power Administration so they can improve turbine design and operations for safer fish passage. Recent data indicates the design changes are, indeed, making travel through the dam less arduous for fish.

“In October, we released and collected data from more than 900 Sensor Fish,” said Daniel Deng, a Laboratory Fellow at PNNL. “The team released them at three different elevations so that we could collect data to understand passage close to the tip, middle, and hub of the turbine’s blade.”

The sensors provide fisheries, dam operators, and environmental researchers with accurate physical measurements such as pressure, acceleration, rotational velocity, and orientation, which could help them understand what fish experience during turbine passage. Each sensor provides roughly 2,000 measurements per second.

The USACE and Voith Hydro Inc. developed two fish friendly turbine designs for Ice Harbor Dam: a fixed blade runner at Unit 2 and an adjustable blade runner at Units 1 and 3.  The Unit 2 runner began operating in 2019, followed by evaluation of the turbine passage environment using the Sensor Fish. Deng and his team conducted a similar study in 2015 with the original turbine; data from the two studies were compared to evaluate the design improvements. USACE recently reported that preliminary results show that the new fixed blade turbine at Unit 2 has better hydraulic conditions for fish passage than the original turbine.