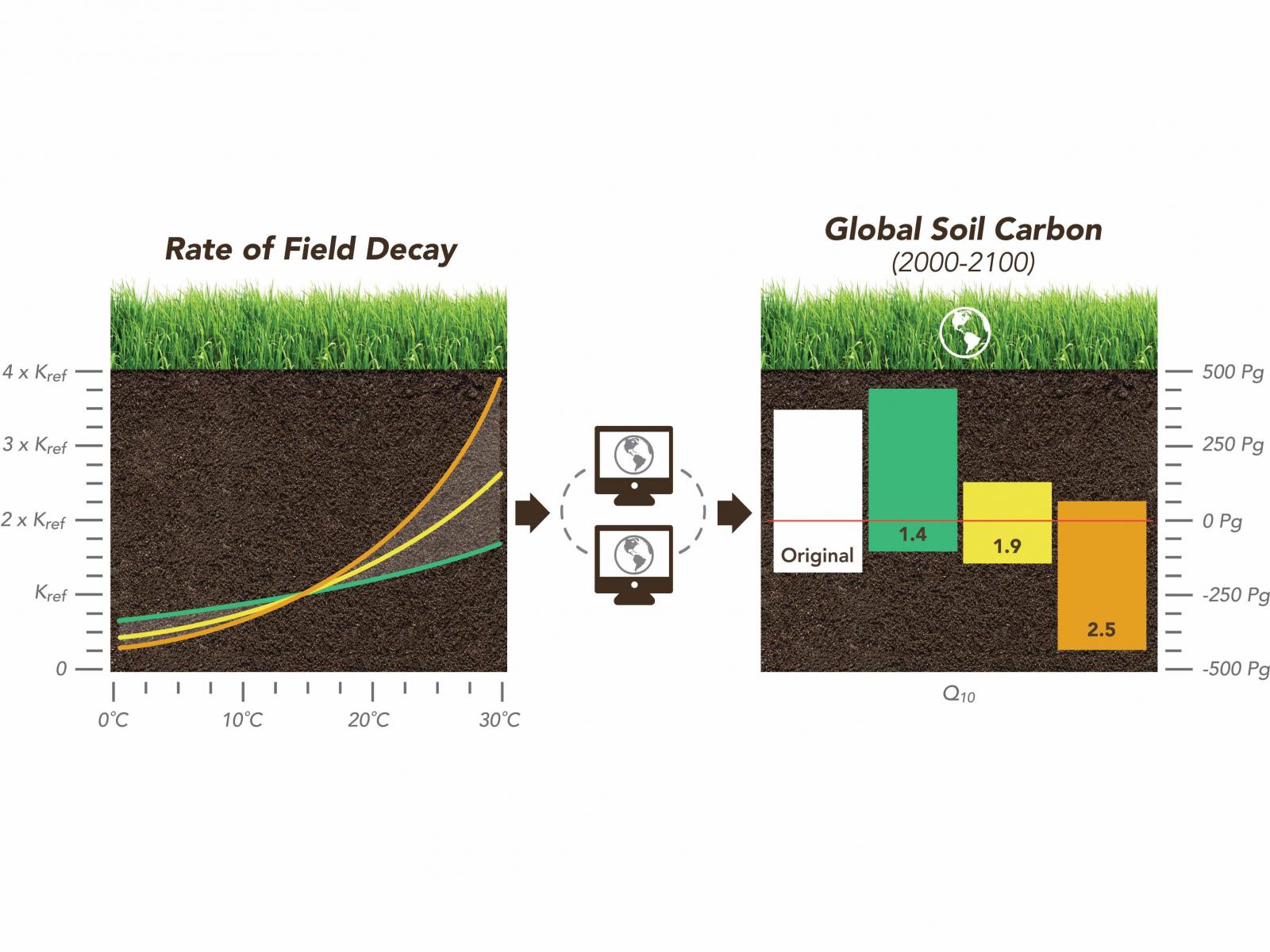 We used a mathematical analysis of existing soil decomposition models to: 1) inform a statistical analysis of the direct change in soil carbon under field-warming experiments and 2) correct Earth system models to extrapolate these observed trends over the 21st century.

This study is the first to observe a direct temperature response from field-warmed soils and apply a novel post-hoc correction to Earth system models to reflect this field-derived sensitivity. In addition, the research team proved that a one-pool soil model is equivelant to a multi-pool model in most mature soils under field conditions.

Soil carbon models is one of the largest uncertainties in Earth system models. Yet soil carbon dynamics have the potential for profound effects on atmospheric CO2 concentrations and thus future climate regimes.

In this study, the team observed temperature changes in artificially warmed soils in the field—an approach that was previously discounted because the soil was considered too heterogenious to observe a direct a signal. The team’s findings confirm parameter ranges that were previously observed in laboratory investigations of soil respiration rates. In addition, they demonstrated mathematically that, under most field conditions, multi-pool models behave like a single-pool model. The discovery justified using the field-derived parameters in a post-hoc correction to Earth system models in order to see the effect of variances in temperature sensitivity over the 21st century without re-running computational expensive simulations.