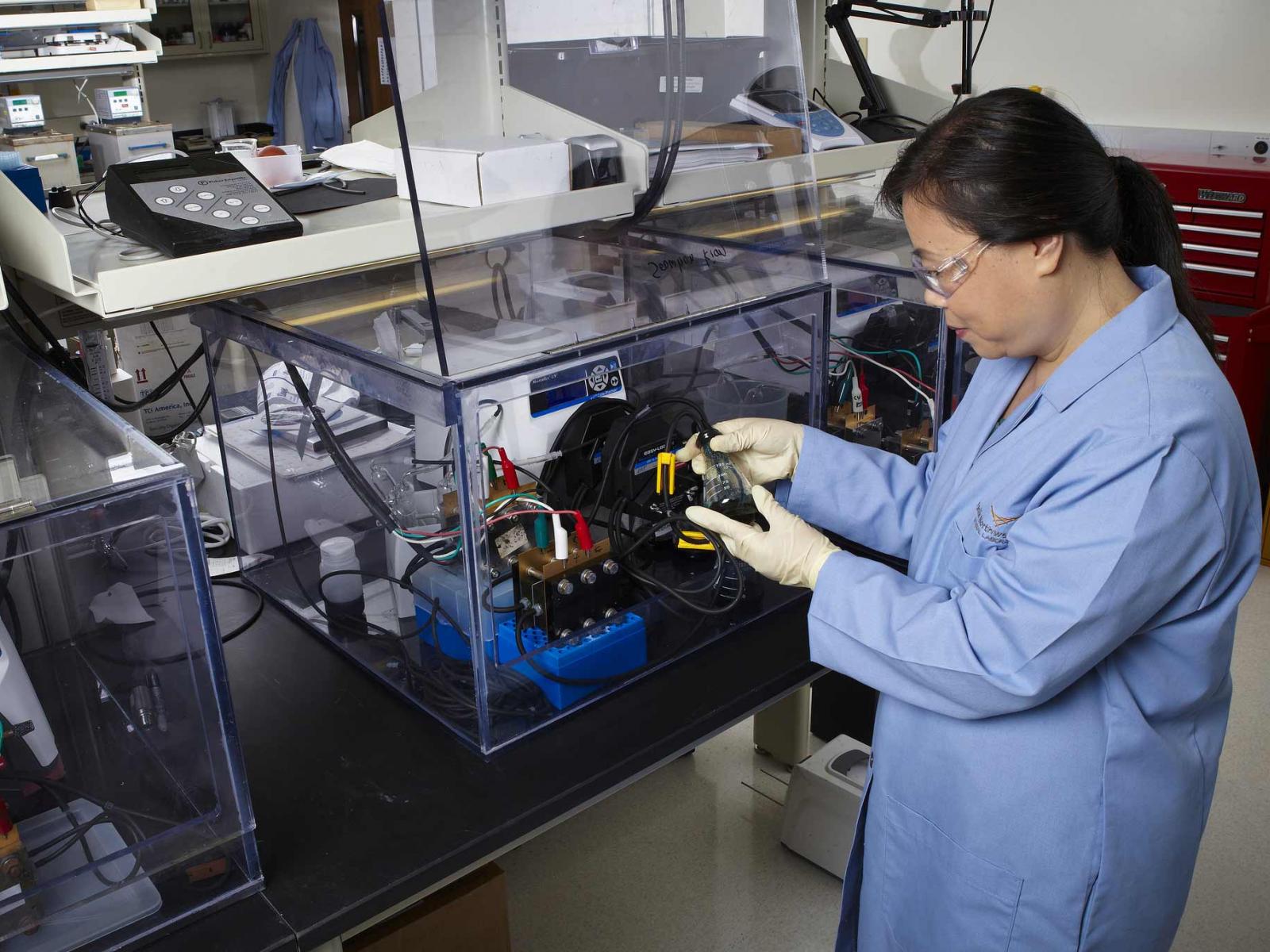 Signing a two-page agreement and paying just $1,000 can get U.S. companies an opportunity to test drive promising technologies through a new, user-friendly commercialization option being offered at the Department of Energy's Pacific Northwest National Laboratory.

PNNL is the only DOE lab to offer this option, called an exploratory license, which gives companies six months to try out a technology before deciding whether or not to pursue a full license so they can create a product with the technology.

"Exploratory licenses make it easier for companies to access and evaluate promising technologies developed at PNNL," said Peter Christensen, acting director of PNNL Technology Deployment and Outreach. "It's a great example of how national labs are increasing the speed and ease with which our technologies can be used in the real world."

The short, inexpensive exploratory license is in contrast to standard technology transfer license agreements, which can be tens of pages long, cost tens of thousands of dollars and take months to negotiate. On the other hand, PNNL exploratory licenses are finalized within less than five business days and are written as-is, without any negotiation. Similar temporary, non-exclusive research licenses are also available at some universities, but haven't been an option at DOE labs until now.

So far, PNNL has executed three exploratory licenses. One of the companies to take advantage of the option is ITN Energy Systems of Littleton, Colorado, which calls itself an "incubator accelerator," and seeks energy technologies to turn into successful products.

ITN started its exploratory license in August 2015 for a PNNL technology related to vanadium flow batteries, which store large amounts of renewable energy and support the power grid's operations. PNNL developed additives that significantly increase the battery's energy density and also expand the temperature range at which the battery operates.

"The exploratory license opens the door and allows us to get our hands on PNNL technology," said ITN Chief Science Officer Brian Berland. "We can evaluate and try to integrate it with our existing technology before committing to a traditional license. This rapid form of tech transfer helps us iterate faster, allowing us to get products to market sooner and more cost efficiently."

Companies interested in trying out a PNNL technology should contact Peter Christensen. To find technologies eligible for an exploratory license, go to PNNL's Available Technologies website and look for technologies accompanied by a lightning bolt icon.