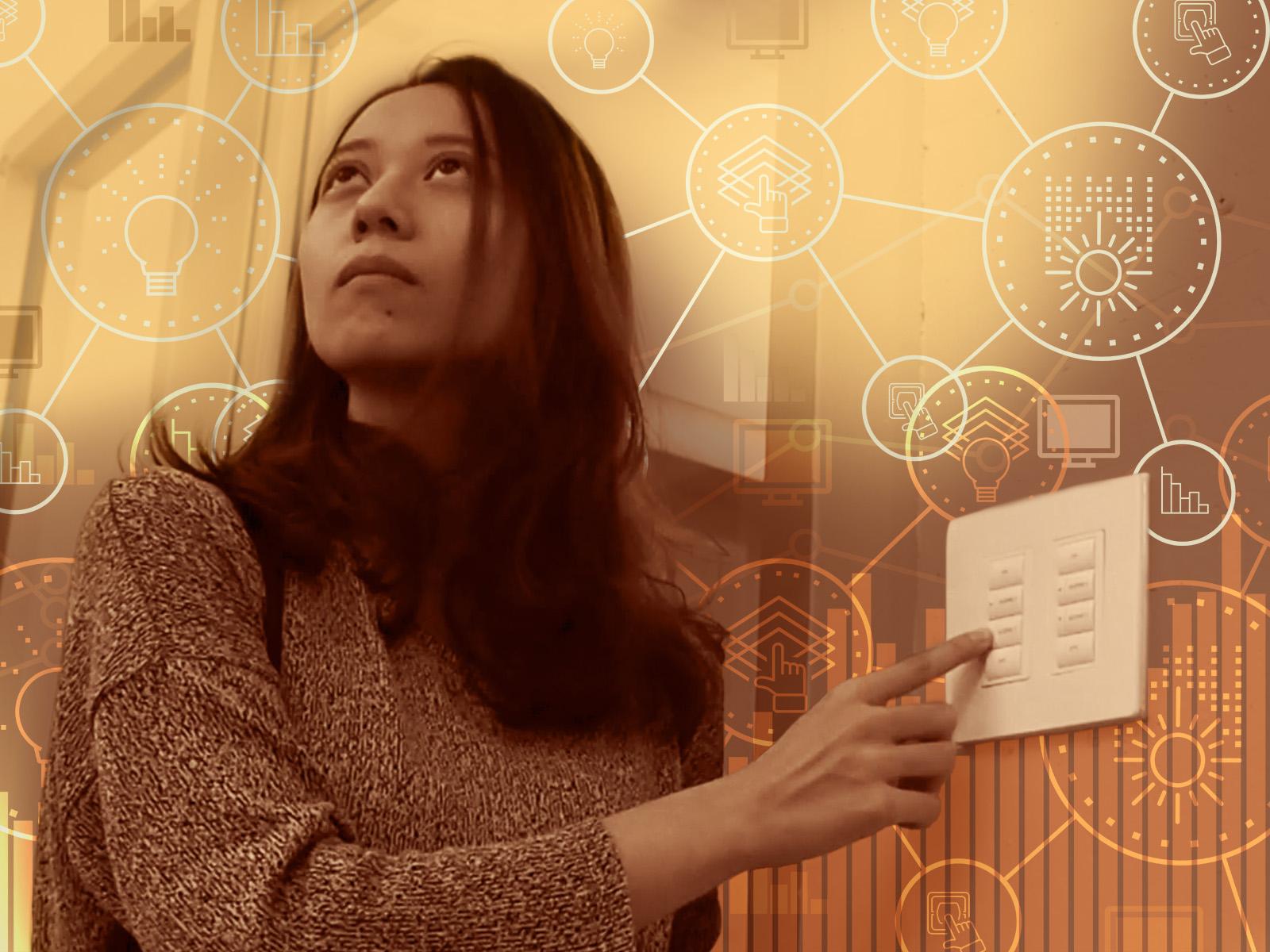 LED lighting data doesn’t require any special equipment or sensors, the researchers said. LED lighting systems automatically generate button press data, which can be downloaded directly from the lighting system itself or through a building automation system.

The smarter our buildings become, the more data they generate. Lighting controls data, in particular, could prove valuable for facilities managers, manufacturers, and lighting designers.

“There is valuable data that is being generated by the lighting systems we use, and it’s easily accessible, and it’s free, but no one is using it,” said Sarah Safranek, a Pacific Northwest National Laboratory (PNNL) lighting researcher. “We could be using it for energy optimization or creating better spaces for occupants or even to make better business decisions.”

But as valuable as the data are, the buildings industry is still learning how to interpret and leverage the data.

Advanced lighting researchers Safranek and Andrea Wilkerson at PNNL are on a mission to do just that.

A recent study the team conducted with lighting system control data in a hospital setting led to insights on the user experience. They published their study results in Energy and Buildings last fall.

The team monitored lighting data from five patient rooms in a neonatal intensive care unit (NICU) over a 25-week period. During this study, the team observed how NICU staff and families interacted with an automatic tunable lighting system with manual override options.

The team noticed that the nurses would press the controls multiple times to make the downlights brighter when they would come on. Surely this data could be used to adjust automatic control settings to align more closely with the nurses’ lighting preferences and needs.

But that’s not how the data were being used, which made Wilkerson and Safranek wonder what other insights the data could provide.

The study was supported by the Department of Energy’s (DOE) Solid-State Lighting Program under the Building Technologies Office.

While light-emitting diodes (LEDs) have become mainstream, the automated lighting control systems that can finely tune their use have only been adopted by a small cross-section of large commercial buildings, like healthcare facilities.

According to the DOE, LEDs have the potential to save 1 quadrillion British Thermal Units (BTUs) of energy savings annually, equating to about $12 billion in consumer savings. However, less is known about the impact of tunable lighting controls on energy use, occupant comfort, and building decarbonization at the national level.

For example, in the hospital study, NICU nurses really liked when lights would automatically turn on in the morning as a signal to new parents that it was time to wake up. Similarly, lights would dim in the evenings to signal the end of visiting hours.

“We could uncover patterns and get really granular by zeroing in on individual user preferences,” said Safranek.

For Wilkerson, the NICU study provided an opportunity for researchers to study the cueing capabilities of lighting in greater depth.

Most people don’t realize that LED lighting data doesn’t require any special equipment or even sensors, the researchers said. Many LED lighting systems automatically generate button-press data, which can be downloaded directly from the lighting system itself or through a building automation system. The manufacturer for the NICU’s lighting controls was already using the data to troubleshoot malfunctioning lights and adjust system configurations.

But the data can be used for much more than that, said Wilkerson. The button press data also revealed insights into occupancy levels, when and where lights were turned on or off, and adjustments to light settings in communal spaces and private rooms.

These data can prove valuable for facility owners hoping to cut down on energy waste, or for lighting designers who commission future lighting systems.

“We would love to get the data into the hands of lighting designers so they can start to understand the real-life impact of their design decisions,” said Safranek. “Making smart design decisions at the early stage of a system’s lifecycle provides the biggest opportunity for energy savings and more comfortable spaces.”

Wilkerson and Safranek want to partner with health care facilities or colleges and universities through similar studies to expand understanding of lighting controls data in larger campuses. Potential partners can contact Andrea Wilkerson.