Learning more from the data you have, thanks to explainable AI 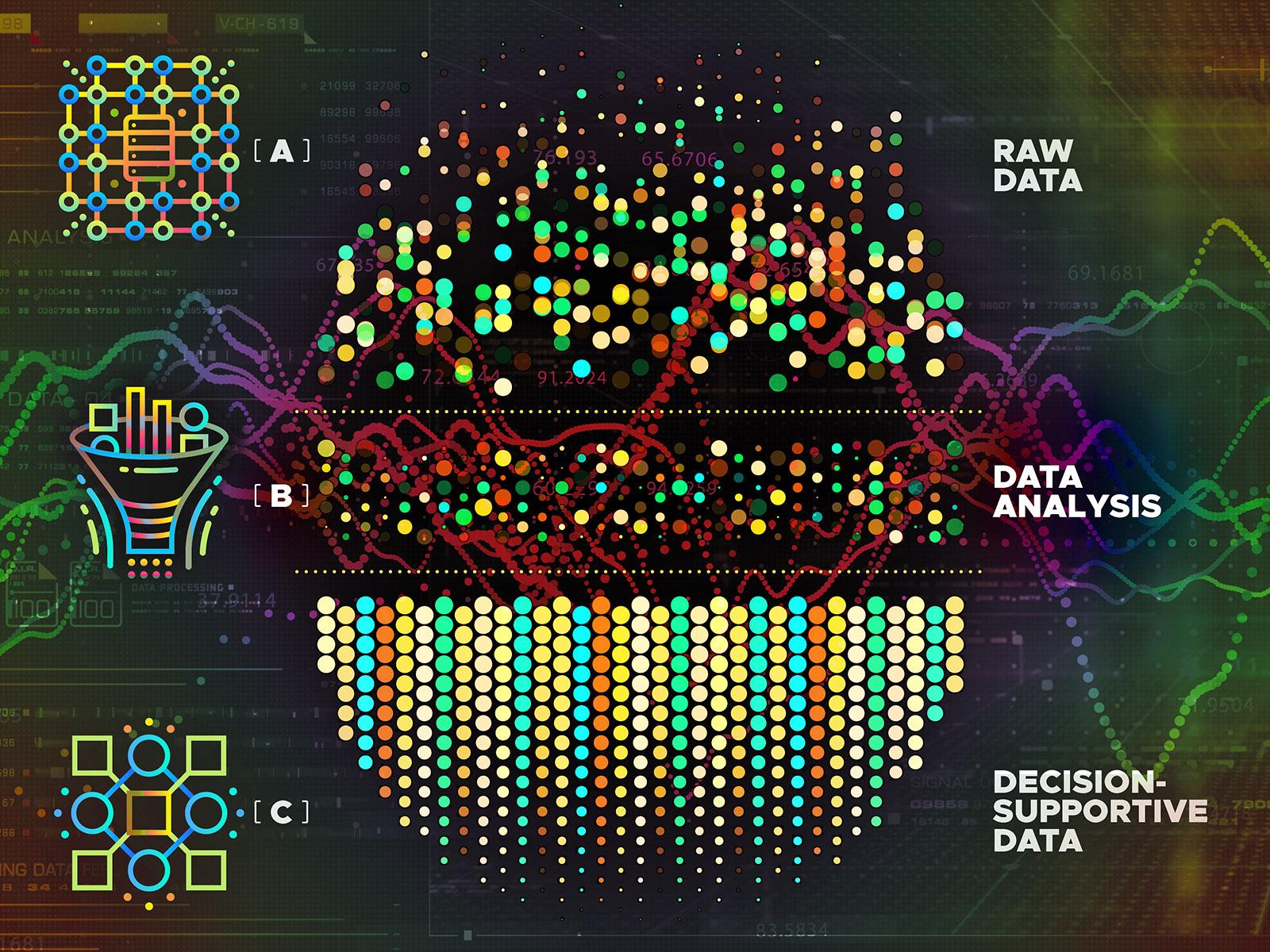 PNNL scientists are exploring new ways to understand and explain how an assortment of bits of information can line up to generate solid conclusions in national security.

(Third in a series about explainable AI and national security at PNNL; see the first and second articles.)

When a data set is too small to be used to make a decision, the solution is usually obvious: Get more data! That’s the cry of analysts everywhere, whether the need is to confirm the safety of a vaccine or to pinpoint an annoying knock in a car’s engine.

But one team of artificial intelligence (AI) researchers is moving in another direction. Instead of just fighting for more data, the team at Pacific Northwest National Laboratory (PNNL) accepts the shortcoming and develops new ways around the problem. The approach is paying off, leading to faster, more accurate conclusions.

“In national security, oftentimes there is not better data. There is not more data. We need new techniques to understand the data we do have, to extract more meaning from the information already in hand,” said Sheffield, who manages the data science portfolio in NNSA’s Office of Defense Nuclear Nonproliferation Research and Development, also known as DNN R&D.

Such techniques are being developed by scientists like Tom Grimes, a PNNL scientist working on the project along with colleagues Luke Erickson and Kate Gibb, with support from Sheffield’s office.

“If you have the opportunity to get more data, adding more to the analysis is almost always a good step, of course,” said Grimes. “For instance, doubling the size of a data set from 100,000 to 200,000 images generally makes a large impact on how well your network is able to separate signal from background. But when data are in short supply, sometimes you need to try another approach.”

The national security arena is one where data are not always abundant. That’s especially true for DNN R&D, which drives the R&D of new capabilities to improve the nation’s ability to detect and monitor nuclear material production and movement, weapons development, and nuclear detonations across the globe.

For example, some isotopes are adrift only when an extremely rare nuclear explosion occurs. Other signals might occur only when exceedingly uncommon materials processing steps take place. There isn’t much signal of interest—and certainly, no one wants more of a signal that signifies danger—and there is an abundance of background signals that are decidedly uninteresting. These factors can throw off results.

Grimes’ solution is to teach a machine learning system to find ways to identify the signals of interest that are not affected by changes in the background. Instead of providing more and more data to learn from every possible scenario, he teaches the network to learn how to identify and discount unwanted patterns from its decision-making process.

The approach came about because of a renewed focus at PNNL on explainable AI, an effort to understand and explain how an AI system makes decisions. The work dovetails with NNSA’s Advanced Data Analytics for Proliferation Detection (ADAPD) program, which aims to detect very faint signals of nuclear proliferation activity. Both ADAPD and PNNL’s work on explainable AI are supported by DNN R&D.

To understand the need to differentiate meaningful signals from less important background signals, consider the challenge a nuclear inspector faces when confronting thousands upon thousands of inputs. It’s a challenge that PNNL scientist Ben Wilson, who leads the Laboratory’s efforts on ADAPD, wrestled with during 12 years as a nuclear safeguards inspector for the International Atomic Energy Agency.

Inspectors synthesize information from detectors, photographs, shipping manifests, publicly available information, and myriad other sources. The ability to sift reams of complex data and key in on the most relevant details is central to the ability to grasp the status of a nuclear program. For example, two tiny data points—perhaps a seemingly unimportant piece of equipment observed during an inspection, coupled with the slightest discrepancy in declared nuclear material inventory—might open the door to significant inconsistencies about a country’s nuclear activities. Understanding how streams of information add up to a consistent, comprehensive view is what inspectors do, and what afficionados of explainable AI seek to understand and emulate.

Grimes and colleagues are exploring the benefits of explainable AI to make sure nuclear materials are used only for peaceful purposes. In one experiment, the team challenged an AI network to determine specific properties about the use of an instrument in different settings on the PNNL campus—in an isolated environment, in a laboratory one door over, or in an adjacent building. The different environments translated to highly varied background conditions that were constantly changing.

Researchers trained the network to automatically identify and use patterns in the data indicative of the instrument and not use ones that also indicated the background. Scientists distinguished the patterns based largely on the timing and consistency of their appearance during a week’s worth of experiments.

The team found, not surprisingly, that the system’s performance in training was poorer when some patterns—those that indicated both instrument activity and also background activity—were removed from consideration.

But importantly, even though the system did not perform as well on the training data, the system actually performed better when presented with real data for analysis. When multiple runs on the data were taken into account, the system trained to ignore background signals reduced the error rate of a conventional AI system by about 25 percent.

“While this improvement seems surprising, it’s actually predicted by theory,” added Grimes. “Focusing more precisely on the true signal in the data you have is key.”

And that, said Sheffield, is crucial.

“The national security mission demands the next generation in artificial intelligence—techniques like these are exactly what we need to capitalize on AI to transform national security,” she added. “We need ways to build good models from noisy and insufficient data. That’s not science fiction; we do it by better understanding and exploiting the data we have.”

(Coming next: A profile of NNSA graduate fellow Marc Wonders)