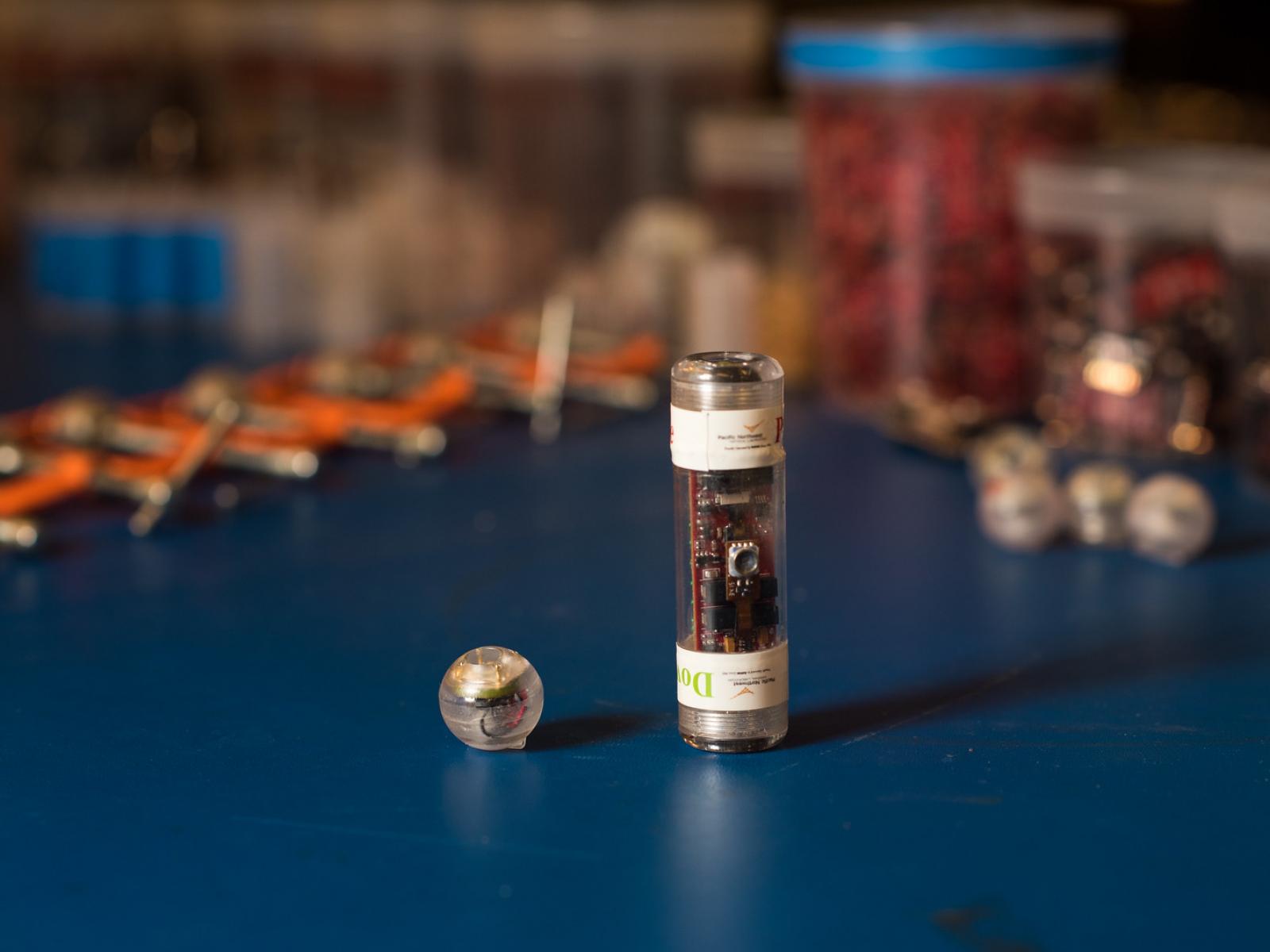 The community’s fruit production is its backbone, leaning heavily on the availability of irrigation water. It’s an emerging global theme too—the demands for water and water productivity are on the rise.

Irrigation diversions are structures that move some water into a canal or pipeline where it can be used for irrigation, but they pose challenges for fish due to changes in water flow, damaged habitats, and blocked migration routes. A specific concern are the millions of fish that could be “entrained” or travel into a harmful environment and outside the natural flow of water because of such structures.

PNNL researchers have helped pin down a solution: Install a horizontal screening material that fish pass over and allow them to return to the river or creek unharmed.

“This study demonstrated that SF Mini is a suitable technology for evaluating hydraulic structures like the irrigation screen in this study,” the research team reported. “It also provided direct evidence that the screen is safe for fish under the test conditions during this study due to lack of severe events and impingements of the SF and SF Mini on the screen.” PNNL’s findings were recently published in Marine and Freshwater Research as part of the Sustainable Irrigation special issue.

The Farmers Screen, developed by Farmers Irrigation District in Oregon, is a flat-plate fish and debris screen designed to be installed in an off-stream channel. Water, fish, and debris pass quickly over the screen and return to the river or creek. The Farmers Screen study’s purpose was to evaluate the mechanism at a full-scale site. Farmers Conservation Alliance has facilitated the construction of 48 Farmers Screens in seven states in the western United States.

In hydraulic structures, fish can collide with a structure, be struck by rotating turbines or pumps, or experience shear flow, which is an extreme acceleration of water flow. In this study, only one of the 27 Sensor Fish Mini devices experienced an issue, and none of the 37 Sensor Fish releases had a significant event. The rates of severe issues with the Farmers Screen were significantly lower than those at other hydraulic structures such as spillways or small hydraulic structures like weirs, including a weir at Ice Harbor Dam that recorded nearly 100 percent fish survival, the researchers reported.

The researchers compared this study with live fish studies done at other structures. In particular, the research was compared to a study done with the Farmers Screen at Herman Creek at the Oxbow Fish Hatchery in Cascade Locks, Ore. The study demonstrated that the Davenport Farmers Screen provides safe downstream passage for fish, which is consistent with other studies. The research team believes the hydraulic conditions at Davenport also are favorable for live fish.

“Given that the measurements collected for passage through the Davenport Farmers Screen indicate that there are better hydraulic conditions for fish passage than the studies being compared with, it would be reasonable to conclude that a live fish study with similar species of fish would result in no injury or very low rates of injury,” the researchers wrote.