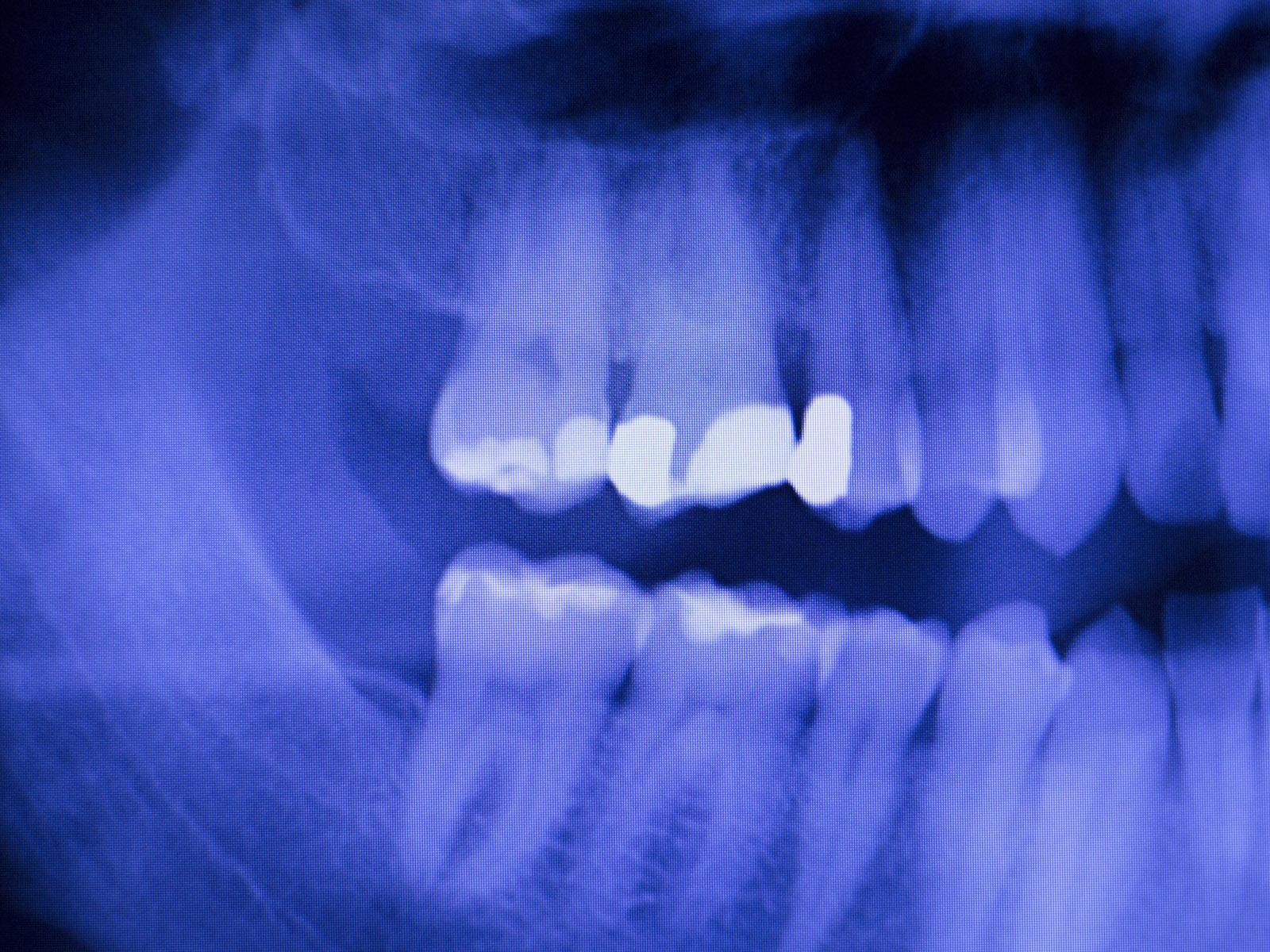 Scientists have shown how a tiny flaw in a protein results in damaged enamel that is prone to decay, according to a new study published today in the Proceedings of the National Academy of Sciences.

People with a condition known as amelogenesis imperfecta don’t develop enamel correctly because of a single amino acid defect in the critical enamel protein called amelogenin. Scientists from PNNL report that defective amelogenin proteins stick or bind abnormally tightly to the building enamel, failing to clear out when they should, thus hindering the careful growth process through which strong enamel is built.

“The teeth aren’t as strong because the enamel is much thinner and the crystals less ordered,” said Jinhui Tao, the first author of the paper. “In most people the enamel is the hardest substance in their body, but that’s not true for patients with amelogenesis imperfecta.”

The genetic defect results in enamel that is discolored, soft, and easily broken. The defective enamel makes patients more susceptible to tooth decay and gum disease. To understand what’s happening, Tao and colleagues took a close look at a process known as protein binding  – how strongly proteins stick to other substances and to each other, in real time. The process is crucial for cell signaling and for our health, and binding errors are behind any number of diseases.

The team combined atomic force microscopy, solid state nuclear magnetic resonance, and other methods to study mineralization and other processes involving the proteins that form enamel.

They found the defective proteins’ propensity to literally stick too long and strongly to the surface thwarts other molecular players from doing their jobs creating a solid crystalline structure. They slow down an enzyme known as MMP20, which removes excess amelogenin from the developing mineral surface. When MMP20 can’t do its job, enamel grows more slowly and is weaker. The sticky proteins also slow down the formation of hydroxyapatite, the crystalline building block of enamel.

It’s a little bit like bricklaying, only in developing teeth, many molecules work together to do a job similar to that of a bricklayer. How the mortar sits between bricks is crucial for creating a solid, regular –crystalline – structure. If mortar is applied inconsistently or sloppily, and if too much mortar remains and hardens into clumps, the bricks don’t fit together tightly, gaps result, and the entire structure is weak and porous and doesn’t grow as thick or as ordered as necessary. Instead of an impenetrable wall made of mineral crystals, pits and gaps form in the enamel of amelogenesis imperfecta patients, allowing penetration by acids and bacteria than can cause tooth pain and promote decay.

The smooth, solid tooth enamel that most people are born with belies the incredible molecular complexity that makes it possible. Proteins are constantly interacting with the apatite mineral surface. The new research shows that how strongly the proteins bind to the mineral structure as well as to each other is a key factor in determining how our teeth develop.

Exploring how proteins use binding energy as currency to accomplish their tasks is relevant to many other areas of science as well. The current work focuses on naturally occurring genetic disorders, but the understanding that the team gained of how proteins bind to and interplay in a complex environment is something that is relevant to a wide range of material sciences research.

“This works helps us understand why people with these mutations have weak and fragile tooth enamel, but more broadly, it gives us important information about how to control the creation or manipulation of materials for many applications, such as the development of new organic-inorganic hybrid materials for high-performance computing, catalysis research, or energy storage,” Tao said.

Several of the measurements were made at the Environmental Molecular Sciences Laboratory, a Department of Energy Office of Science user facility located at PNNL. The work was funded by the National Institute of Dental and Craniofacial Research and by PNNL’s Laboratory Directed Research and Development Program.