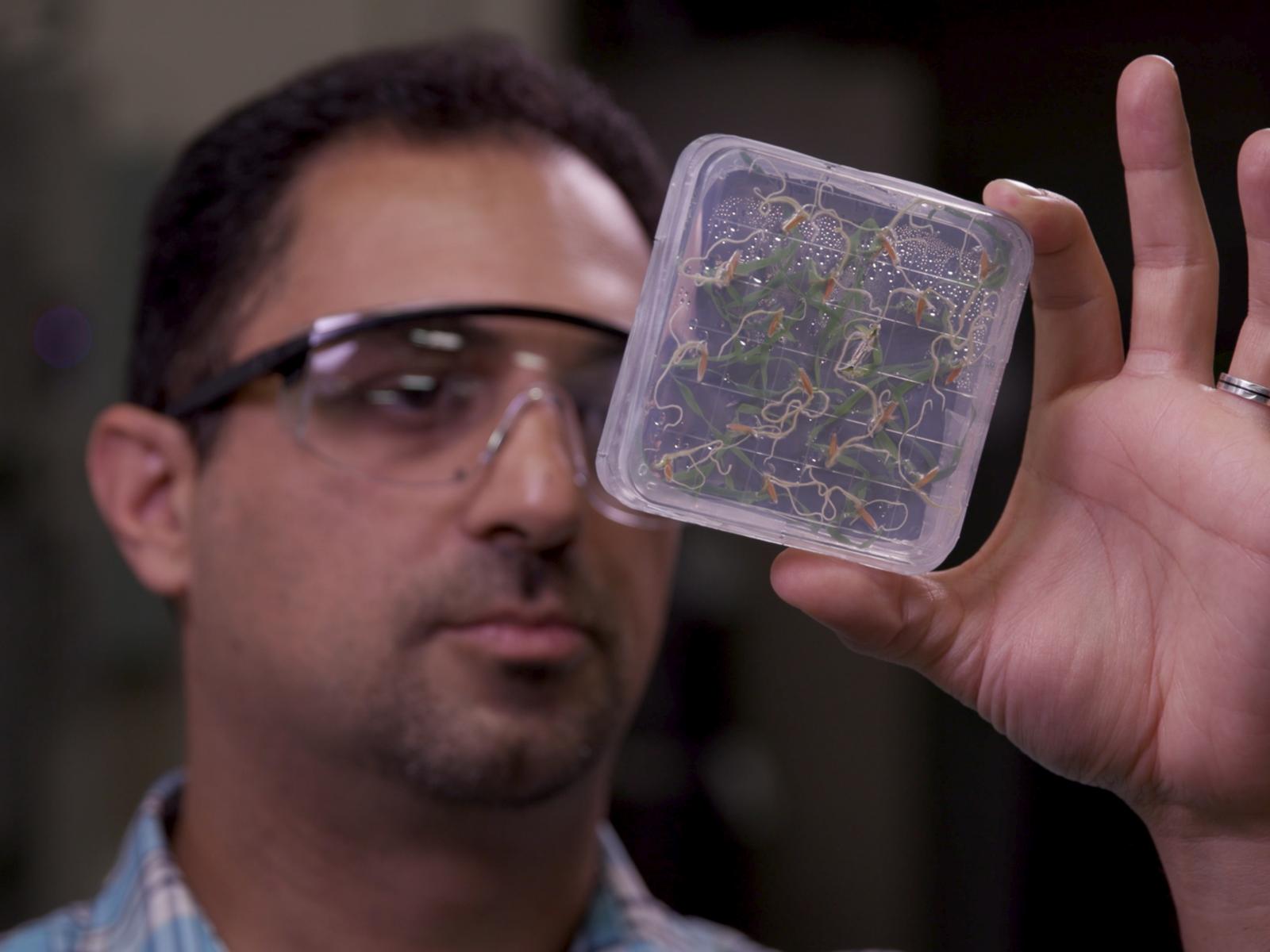 Plant scientists at Pacific Northwest National Laboratory have garnered the most comprehensive—and first ever—genetic level dataset of the rooting process in a flowering model grass, Brachypodium. It’s a feat that gets scientists closer to increasing crop productivity to feed the growing global population and yield crops specifically for bioenergy.

The relationships of root genotype (genetic characteristics) to root phenotype (shape, morphology, or physical characteristics) during plant development are not well understood. Environmental factors modify root size and shape, but at the cellular and molecular levels plants still control their growth in response to internal factors.

“We let the plants grow naturally and then studied them at specific time intervals,” said corresponding author Amir H. Ahkami. “This helps us pin-point when to expect a growth change rather than just knowing that one is going to happen.”

The team harvested roots at leaf development, early-tillering, late-tillering, and booting/heading stages. For each, they monitored root shape and quantified expressions of genes in the cells within the roots. They learned that multiple biological processes, including various families of transcription factors (TF)—described by primary author Aaron Ogden as master regulators of gene expression—were expressed differently in the root system during plant development. Specifically, five TF family members were upregulated—meaning there were more receptors within the cell—as the plant entered the booting/heading stage, while two other TFs were downregulated (fewer receptors on the cell). This suggests that TF families are involved in specific phases of rooting, and it could include regulation of a plant’s reproductive stages.

The importance of this research can be summed up in two words: food and energy.

Lawns, cereal fields, and cow pastures are all grasses. And cereal fields—named such because they include wheat, rice, barley, and corn—are four of the five major crops feeding people across the world. Assuming they continue to grow at their current pace while population growth continues to climb, we’re looking at a shortage of sustenance. Furthermore, sorghum, also a grass, is crucial to our bioenergy future.

So, the pursuit becomes manipulating plant cells at specific times in their growth cycle to control their production. “A similar tactic works for controlling root-growth promoting genes within plants so that we can more efficiently convert them to biomass”, explained Ahkami.