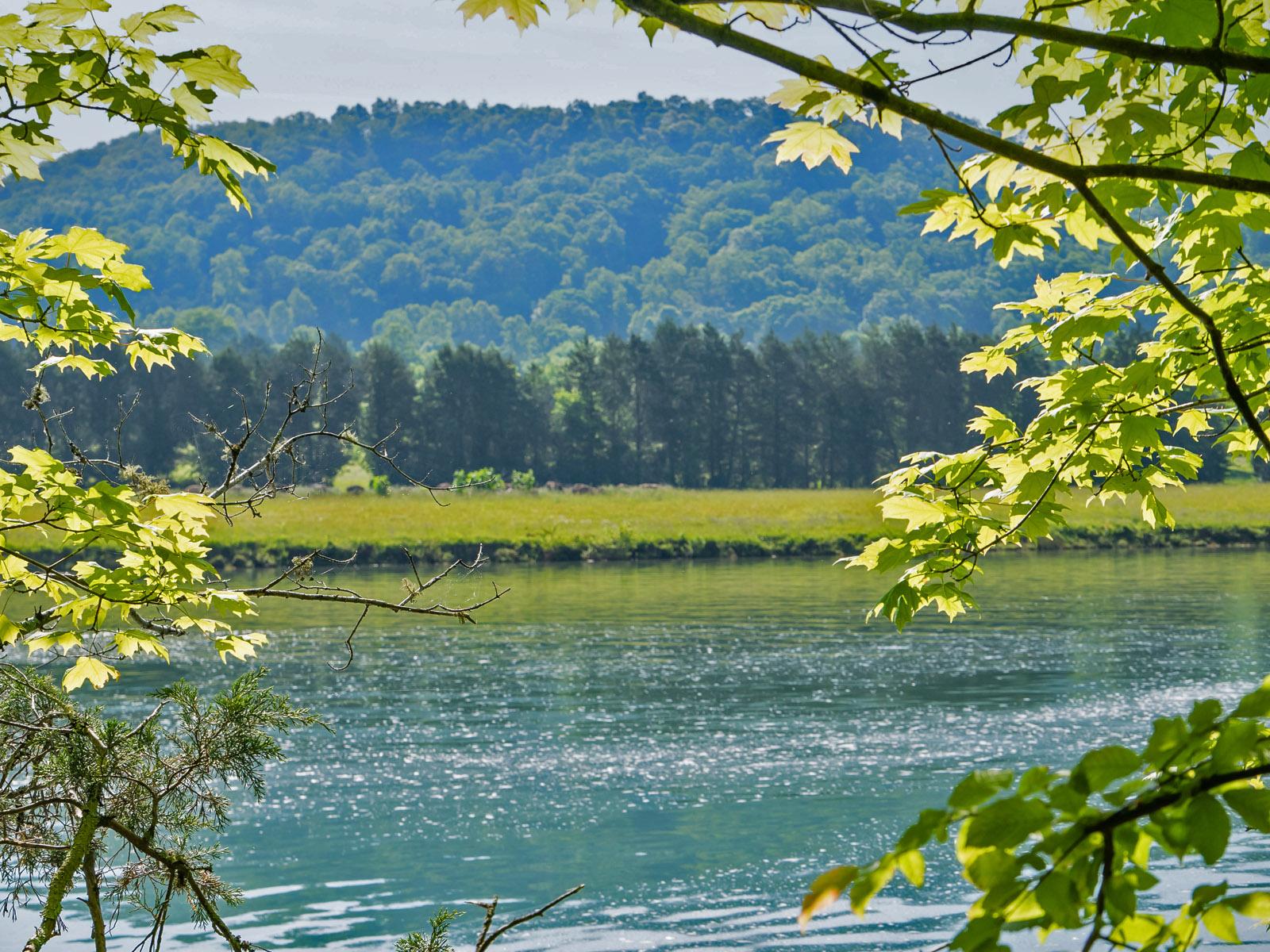 The Clinch River site in Tennessee includes a view of Hood Ridge.

At a picturesque bend in the Clinch River, in the Great Appalachian Valley, is a site that may offer a template for how to speed carbon-free energy to America. The U.S. Nuclear Regulatory Commission and the U.S. Army Corps of Engineers collaborated to produce an environmental impact statement for the nation’s first small modular nuclear reactor in near-record time.

In May 2016, the Tennessee Valley Authority (TVA) submitted an application for an early site permit which, if issued by the NRC, would resolve many environmental issues for a potential nuclear power plant at the location on the Clinch River. If TVA received the permit and chooses to proceed to the next stage, it would reference the permit when it applies for an NRC license to build and operate a reactor.

TVA began preapplication discussions with the Nuclear Regulatory Commission (NRC) in late summer 2014. It was then that the NRC asked PNNL to lead the environmental portion of the review. TVA’s early site permit application was accepted and the review started at the beginning of 2017.

The NRC published the final environmental impact statement (EIS) on April 8, 2019, just two years from the first official public notice of the process—making this the fastest environmental review by the NRC Office of New Reactors in about 10 years.

This expeditious collaboration comes as U.S. regulatory agencies have been under intense pressure to speed their oversight processes.

In the recent past, environmental reviews for new nuclear power plants have averaged four or five years. Industry executives complained that conducting separate reviews for safety and environment were redundant and, worse, that the lengthy time for these reviews cost them time and money.

To address these concerns, Congress passed the Finishing America’s Surface Transportation Act in 2015, a law nicknamed Fast 41. This law aimed to improve the timeliness, predictability, and transparency of federal environmental reviews. Further, in 2017, the president signed Executive Order 13807, which established “discipline and accountability in the environmental review and permitting process …” Together, these two actions mandated a new level of discipline in environmental reviews, which put pressure on U.S. regulatory agencies to be more expedient.

Due to its history of providing support to the NRC, PNNL was aware of concerns over lengthy environmental review schedules and was already thinking proactively about how to reduce review times.

“Even before the executive order, we were all in alignment on the need to streamline the environmental review process and were proactively looking for ways to cut the review cycle,” said Tara O’Neil, PNNL’s nuclear regulatory sub-sector manager. For the Clinch River process, “this new streamlined process worked very well and we think it could be a model for other nuclear reviews going forward.”

Several streamlining efforts were implemented to accelerate the environmental review, while still focusing on the protection of the people and the environment near the plant.

For starters, TVA’s participation in the preapplication process gave the staff at the NRC, the U.S. Army Corps of Engineers (USACE), and PNNL early opportunities to learn about TVA’s draft environmental report, ask TVA questions, and tour the Clinch River site location before the application was submitted. This process allowed parties from all sides to become familiar with the project, realize each other’s concerns, and plan for a more efficient environmental review.

One of the benefits of a strong preapplication phase is the potential to reduce further requests for additional information. Requests for additional information for the Clinch River early site permit application included 13 letters and a total of 51 questions. Only one of these requests concerned environmental issues. By contrast, previous early site permit (ESP) reviews each garnered 60 or more letters and up to 550 questions.

The NRC also developed an enhanced process for its environmental audit of the Clinch River site after TVA’s application. The NRC, USACE, and PNNL used this process to complete staff’s understanding of the site and TVA’s planned small modular reactor (SMR), to further reduce requests for additional information, and to obtain quicker turnaround in obtaining any remaining information needed to complete the review. The NRC found that the timing of the audit—not too early and not too late in the review process—advanced preparation and issuance of audit plans, and the comprehensive audit summary reports documenting interactions, outcomes, and action items were the keys to audit success.

"Environmental impact statements supporting the reviews of applications for new reactor licensing must maintain high quality standards,” explained Tamsen Dozier, environmental project manager for the NRC Office of New Reactors. “The high public interest and the required adjudication in a mandatory hearing before our commission requires rigor in the evaluations and in the quality of the documentation of those evaluations.

“The PNNL team was instrumental in assisting the NRC to accelerate the schedule so that the environmental review was completed 10 weeks ahead of schedule with no sacrifice to the quality of the document,” Dozier said. “The team's dedication to the review, their flexibility to try new approaches to allow for schedule acceleration, and their innovative ideas for additional efficiencies were some of the biggest factors to our success for this project."

This new model for environmental review is made more exciting because it is in service of siting an SMR, the first of its kind in the United States. Scientists and advocates eager to transition away from fossil fuels argue the size and design of SMRs make them more flexible and safer than first-generation nuclear plants.

Due to their small size, advanced SMRs offer many advantages including reduced capital investment, ability to be sited in locations not possible for larger nuclear plants, and provisions for incremental power additions. Further, because reactor modules can be fabricated in factories instead of onsite, production will be faster and costs reduced. SMRs can be installed in a more flexible manner to match the growth in demand for a utility’s services. Finally, because SMRs have less fuel in their reactor cores, the offsite emergency planning zone will be much smaller than that for a first-generation reactor site and may not even extend beyond the plant site boundary.

“We were very happy to be part of this important project. By proactively working with the NRC to create and implement new streamlining procedures, we were able to demonstrate that efficient regulation can happen for important new technologies,” said Bruce McDowell, PNNL’s Clinch River project team lead.