PNNL's Jesse Lang in it for the Long Run 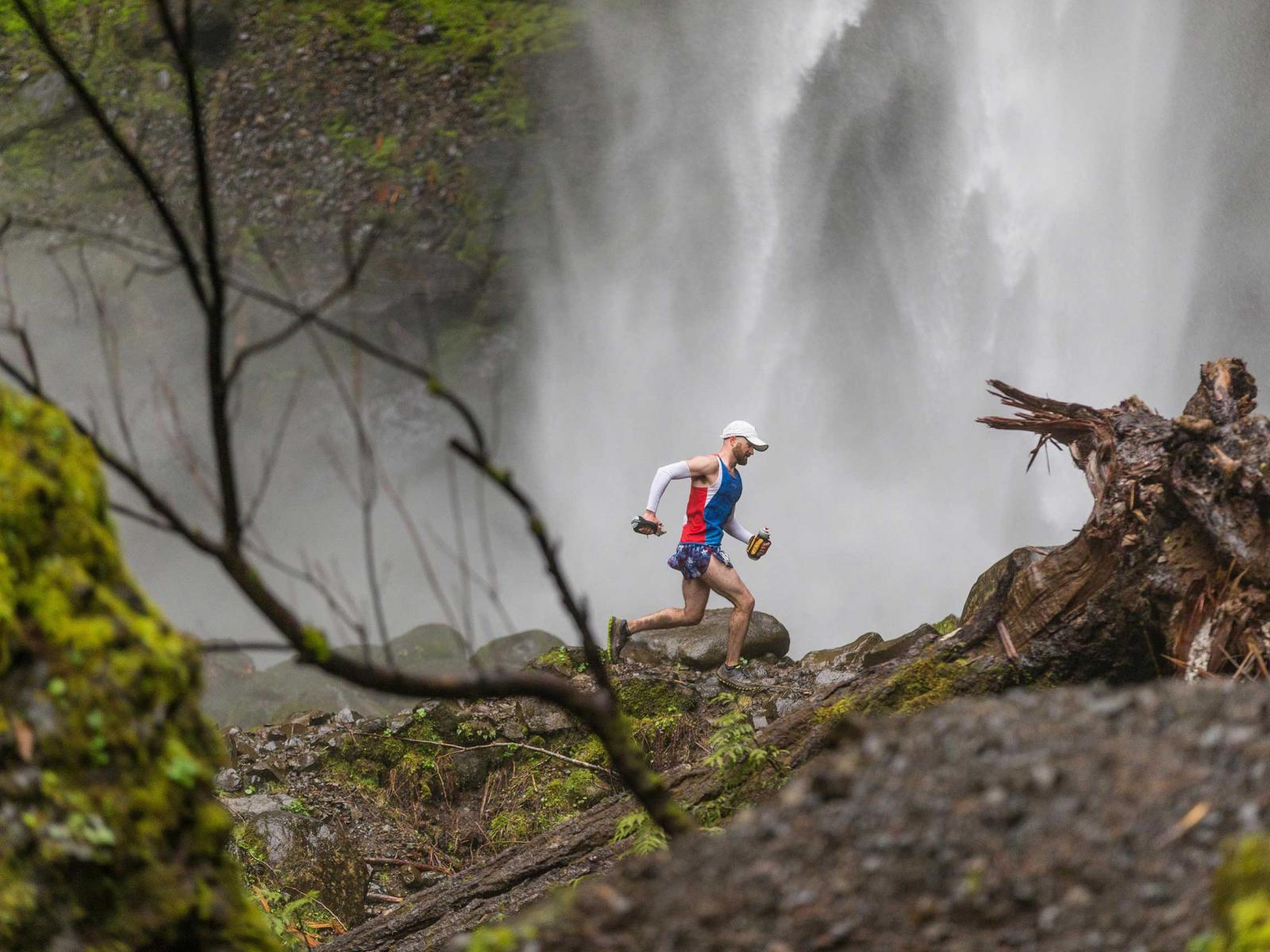 Lang's day job at the Department of Energy's Pacific Northwest National Laboratory involves exploring how nuclear waste can be turned into glass for safe, long-term storage.

But his extracurricular habit recently led him to finish 20th in the Western States 100-Mile Endurance Run, which was held June 24-25 in California. He completed the grueling trail run in 20 hours, 9 minutes and 50 seconds despite the temperature peaking at 100 degrees.

"Both research and running help me to think I can accomplish or finish things I set my mind to, and that I can clear hurdles through determination."

"You run a lot of miles, and then you run some more miles," Lang told the Herald. "This year, it was the most miles I've ever ran. By May, I was averaging over 100 miles a week."

Lang started running exceptionally long races in 2011, has placed first 11 times, and finished in all but two of the 38 races he's started, the Herald reported.

Lang joined PNNL in 2009. He holds a bachelor's degree in chemistry from Central Washington University and is pursuing a master's degree in environmental science at Washington State University's Tri-Cities campus.

Chatterjee to Chair SRA Specialty Group on Security and Defense