National Lab's Technologies among the 100 Most Significant of 2017 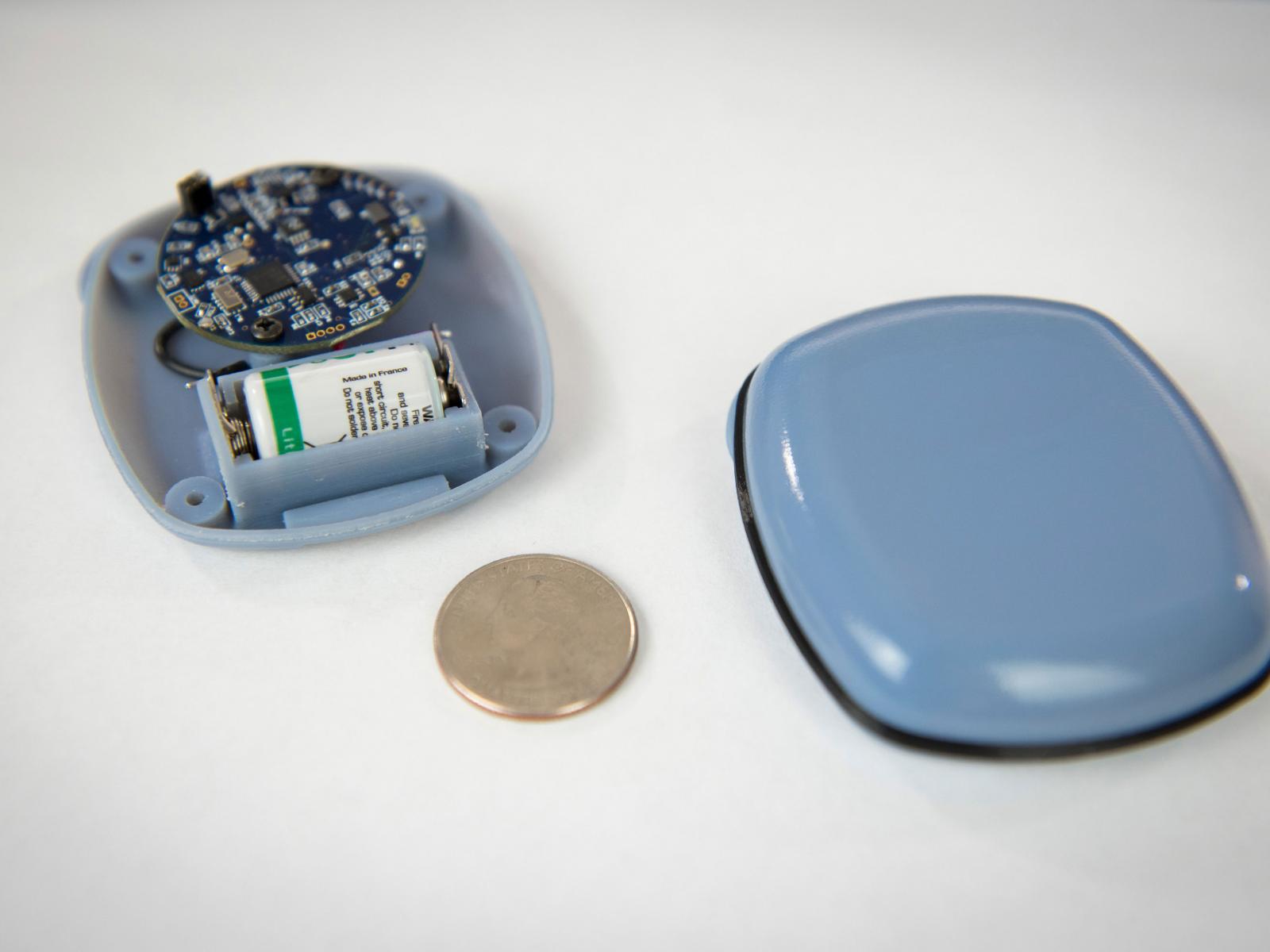 The Department of Energy's Pacific Northwest National Laboratory is the recipient of seven awards, selected by R&D Magazine, as part of the top 100 innovative scientific breakthroughs of the year. The magazine announced the winning technologies at its annual R&D 100 Awards ceremony, held Nov. 17 in Orlando, Fla.

The R&D 100 Awards have served as the most prestigious innovations awards program in research and development for the past 55 years, honoring pioneers in science and technology.

This year's awards bring PNNL's total to 107 since the awards' inception in 1969.

Active-shooter detection systems are generally designed for outdoor, urban environments. But now, researchers at PNNL have created a gunshot detector specifically for indoor environments, such as schools and public buildings. The small, inexpensive device is battery powered and can connect wirelessly to existing security systems. It can distinguish between gunshots and other sounds. SecurityUSA Services has licensed the Acoustic Gunshot Detector for integration into its lockdown and reporting systems. With SecurityUSA's version of the sensor, once a shot is detected, its system can activate a building lockdown and notify authorities.

A new class of solid-state cooling technology that operates on wasted heat from power sources such as generators could lead to significant energy and cost savings in homes, buildings, cars, trucks, and industrial processes. Currently, most air conditioners use tremendous amounts of energy. In fact, 15 percent of U.S. energy usage goes towards cooling. PNNL has incorporated a proprietary nanomaterial into a new cooling system, which uses heat to drive the cooling process instead of electricity. Traditional adsorption coolers are too large, heavy, and expensive to use in most situations. In contrast, MARCool is half the size and twice as efficient as standard adsorption chiller systems. In addition, many of its components are already commercially available and it works with standard refrigerants on the market. MARCool, which stands for Multibed Adsorption Recuperative Cooling, was developed by PNNL and Arkema Inc.

To reduce fuel consumption, U.S. automakers are incorporating lightweight materials into new vehicles. But manufacturers using conventional processes, such as welding, can't join dissimilar materials with different melting points without sacrificing strength, durability or safety. PNNL's Friction Stir Scribe Process addresses this challenge. It is the first technology that makes it possible to join materials with drastically different melting points in a continuous, linear, or curved manner without needing additional adhesives, bolts, and rivets. Using this tool, manufacturers can now incorporate new and different materials into a variety of strong, lightweight parts, such as sub-frames for the engine chassis, without sacrificing strength or durability.

Scientists need to rapidly identify trace gases when detecting toxic industrial chemicals, identifying disease indicators, or monitoring for possible proliferation of nuclear or chemical weapons. Current approaches don't always provide the measurement sensitivity and resolution needed to detect tiny amounts of toxins hiding among larger volumes of more benign gases. PNNL's compact, patented IRcell technology is a dramatic improvement to traditional detection methods. Compared to current technologies, its design provides greater sensitivity and speed. In addition, it requires only a tiny sample volume for analysis and is compact enough to be used in the field. IRcell has been licensed to IRsweep, a provider of high-performance mid-infrared sensing solutions.

Most cybersecurity tools and methods are highly sophisticated, designed to protect critical data from attackers around the globe. But some older industrial control systems, such as those that manage the operation of transportation systems and the delivery of water and electricity, cannot interact with today's cybersecurity tools. SerialTap, created by PNNL, is designed to protect these legacy systems. The palm-sized device is an inexpensive, non-intrusive add-on that can monitor and verify the activity in older serial communication systems. A startup company, Cynash, licensed the technology and is commercializing it.

Medical researchers need to be able to quickly distinguish and measure different molecules in biological samples such as blood. But standard analytical technologies are slow, cumbersome, expensive and, too often, ineffective. As an example, they can't always distinguish between molecules with similar masses but different structures. PNNL's Structures for Lossless Ion Manipulations (SLIM) technology is 1,000 times faster than current methods and can identify trace differences in samples as small as a single cell. A startup, MOBILion, is commercializing SLIM, with the goal of creating a compact version that doctors could use to provide biomarker-based disease results to patients.

Deep underground geologic formations offer promising places to safely and effectively store large volumes of carbon dioxide generated from burning coal, oil, and natural gas. The NRAP Toolset is the first complete suite of computer software that models possible environmental risks from potential storage sites, such as fluid leakage and earthquakes. The toolset draws on the expertise of five DOE national laboratories, including PNNL, and is being used by over 250 stakeholders from academia, regulatory agencies, and industry.