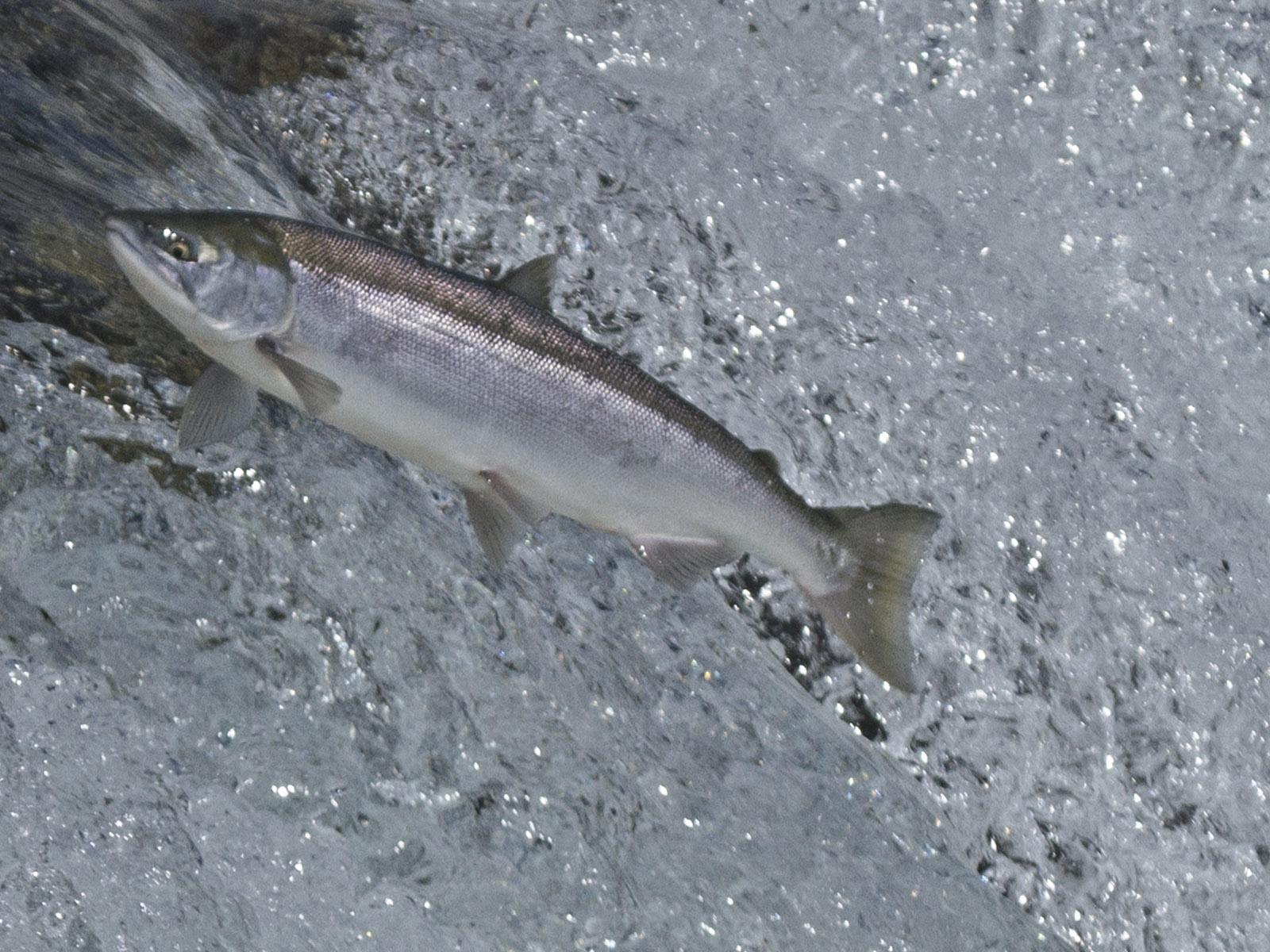 With a third of the world’s freshwater fish population affected by hydropower dams, PNNL fisheries engineer Brett Pflugrath is working on minimizing injury and mortality to these species.

During his doctorate work in southeastern Australia, Pflugrath examined weirs, or small dams built across rivers, and how they impact fish passage. His findings were recently published in the paper, “Over or under? Autonomous sensor fish reveals why overshot weirs may be safer than undershot weirs for fish passage,” in Ecological Engineering. Craig Boys of New South Wales Department of Primary Industries led the project. The work was supported by the Australian Centre for International Agricultural Research.

These structures also can cause physical stressors like strike, fluid shear, and rapid decompression. Strike is defined as when a fish collides with a part of the weir structure and injures its eyes, scales or gills. Fluid shear occurs when there is a change in water velocity and the fish is pulled in different directions, causing injury to gill flaps and eyes. Fish exposed to rapid decompression may suffer from barotrauma—any injury, mild or severe, that is the result of changes in pressure—which occurs because bubbles form in the blood and gas in organs such as the swim bladder.

Overshot weirs have been widely regarded as the safest of the two weir designs for freshwater fish passage—something Pflugrath tested and confirmed using the PNNL-developed Sensor Fish technology at Colligen Creek Weir in Deniliquin, Australia.

“The overshot weir is generally safer for fish than an undershot weir because it eliminates rapid decompression, greatly reduces the chances of exposure to shear, and if the plunge pool is designed correctly can reduce the chances of strike,” Pflugrath explains.

The Sensor Fish is a small autonomous device filled with sensors that acts as surrogate fish for testing purposes. PNNL developed Sensor Fish to understand the physical conditions encountered by ﬁsh as they pass through hydroelectric dams.

Tests for strike, fluid shear, and rapid decompression used the mean values of low (nadir) pressure, maximum pressure, ratio of pressure change, the severity of strike and shear events, and the number of recorded strikes.

The team found the undershot weir creates more risks of injuries overall than the overshot weir. The researchers concluded that although strike is a concern for overshot weirs, it can be easily fixed by changing weir design. Since there’s a low risk of fish suffering injuries from shear and decompression, “the overshot weir should be considered as the safer alternative to an undershot weir for low-head structures,” Pflugrath found.

The undershot weir was more likely to expose fish to barotrauma because rapid decompression occurred when the Sensor Fish traveled quickly under the weir opening and immediately entered more shallow water. In contrast, fish experienced very little pressure change when they passed the overshot weir because they were released near the surface of the water.

Strike and shear were recorded in all Sensor Fish deployments at the overshot and undershot weirs. However, the severity of shear was higher at the undershot weir. It is more likely that the undershot weir would create higher levels of fluid shear that are more damaging to early life-stage and small-bodied fish.

Additionally, Pflugrath found both weir designs at Colligen Creek Weir have the potential for more strike impacts which occur when fish collide with some part of the structure. Strike was recorded in 83 percent of the deployments at the overshot weir and at 72 percent of the undershot weir deployments. 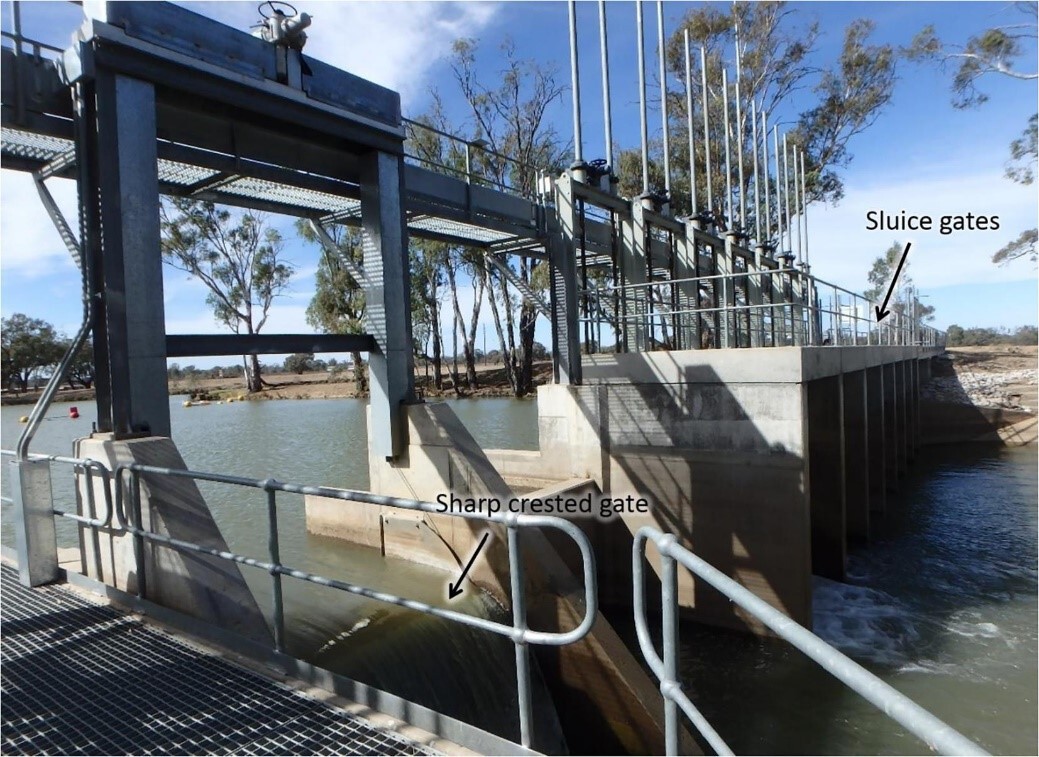 The Sensor Fish data showed that operating an overshot weir with an insufficient depth of water will likely cause fish collisions with objects submerged downstream of the weir. Strikes could be decreased by modifying the structure of the weir.

Pflugrath cited other research that has shown redesign improvements at the Removable Spillway Weir, an overshot weir at Ice Harbor Dam on Washington’s Snake River. The weir was modified so that the spillway slope and deflectors would be less likely to injure fish. Using the Sensor Fish and then live fish, it was determined that the redesign improved hydraulic conditions.