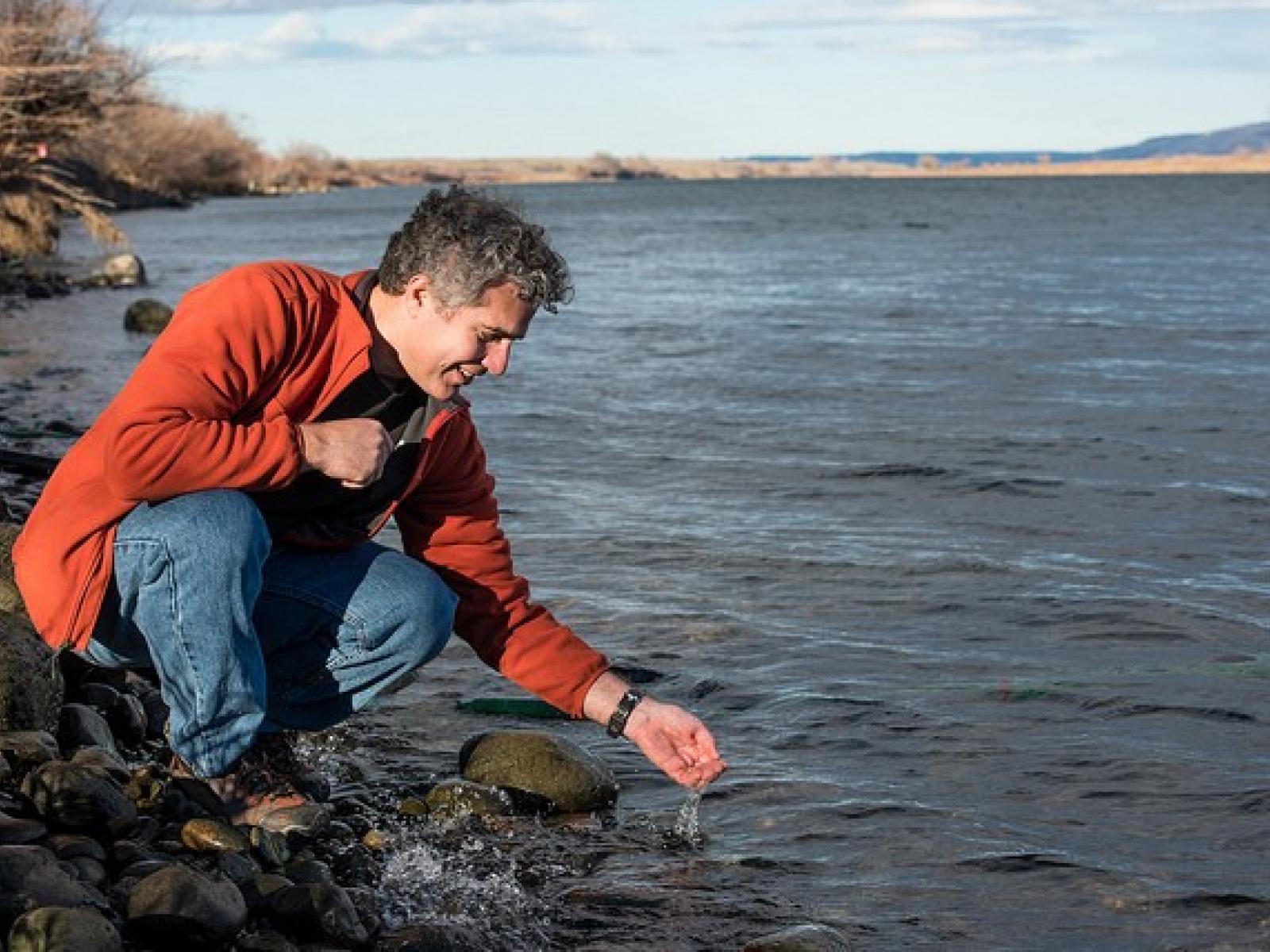 Wherever there is moisture, microscopic communities of organic matter and cells stick together, adhere, and grow on wet surfaces. Within seconds of a surface entering water—whether it’s fresh, brackish or marine—the process of biofouling begins.

Researchers at PNNL are now leading research to mitigate biofouling and its impacts on the environment and industry.

For the commercial maritime shipping industry, biofouling is the leading cause of aquatic invasive species transport. Even a small amount of biofouling adds to shipping fuel costs and greenhouse gas impacts. A mere 50 microns—the average diameter of human hair is 50 to 120 microns—of added surface roughness from biofouling can increase drag on a 1,200-foot-long container ship up to 22 percent.

For the energy sector in the United States, the estimated cost of biofouling at power plants is about $50 billion per year, primarily for cleaning heat exchange systems. A 250-micron thick biofilm can reduce the efficiency of a heat exchanger by 50 percent.

Human health is also affected, says Bonheyo. “Current estimates are that 80 percent of all infectious diseases are associated with biofilms. The first documented modern case of Legionnaires' disease, for example, originated from biofilms in a large hotel air conditioning system. Unfortunately, even with sanitization with bleach or acids, the nature of biofilms is to protect the organism and adapt.”

While nature has strategies for repelling these microbial squatters from living and growing on the surfaces of fish, marine mammals, and other aquatic creatures, manmade surfaces have no natural defenses.

In recent years, scientists at the Marine and Coastal Research Laboratory (MCRL) at PNNL-Sequim, have earned an international reputation for leading research to address this challenge. They developed several new techniques, including: 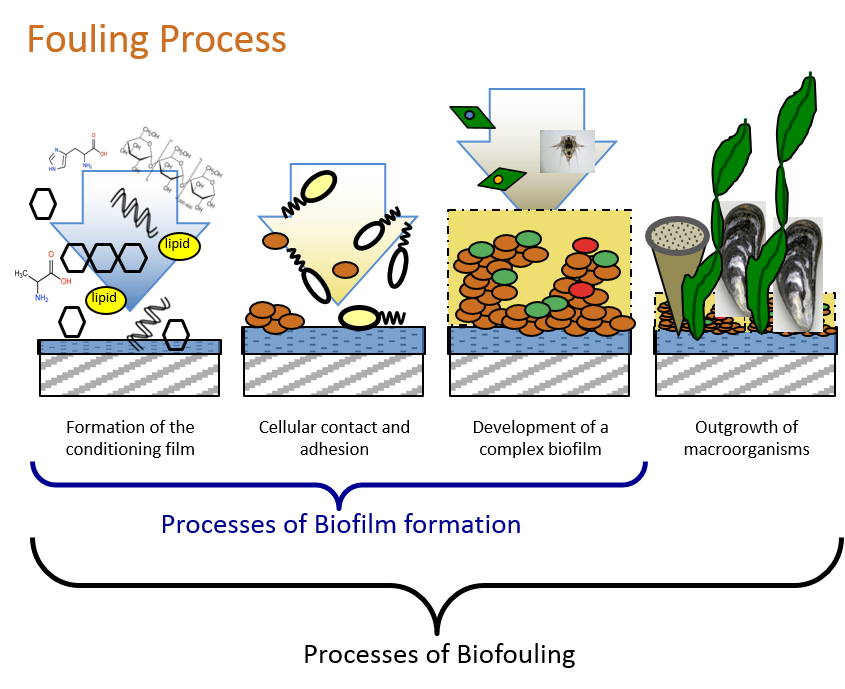 Biofouling, says Bonheyo, has been a problem for as long as people have navigated lakes, rivers, and oceans. Copper ship hulls, tar pitch, and arsenic paints were each a part of toxin-based preventative strategies. As recently as the 1970s, tributyltin (TBT) biocides were blended into paintable coatings. By 2008, it was banned on ships worldwide.

Since then, says Bonheyo, interest in alternatives has increased. “We need a solution that does not poison the environment.”

Toward that end, the PNNL team at MCRL is working on a program for the DOE Water Power Technologies Office with Sandia National Laboratories, the National Renewable Energy Laboratory, Montana State University, and Florida Atlantic University. Their goal is to improve the performance of composite materials for use with marine renewable energy systems.

“We see an evolution in the anti-biofouling community, as we match advanced materials science with a more complete understanding of the biological fundamentals of adhesion and cellular dynamics,” said Bonheyo, who also serves as a research professor of bioengineering at Washington State University. “We’re working with materials that have slippery properties, organized nano- and microstructures, and self-healing properties—all to combat biofouling.”

One of those PNNL-innovated coatings is called SLIC, short for Superhydrophobic Lubricant Infused Composite. As the name implies, SLIC is super-slick—10 times more than Teflon. Its unique surface nanostructure holds in place a lubricant-like oil. “Having this liquid layer on the interface makes it much less attractive for organisms to settle on it,” said Larimer, a PNNL materials scientist.

PNNL experts in a dozen disciplines are working on the issue of biofilm and biofouling prevention including two new DOE Technology Commercialization Fund awards to further SLIC in hydropower and in marine renewable energy applications.

In the struggle to keep manmade surfaces clear of colonizing microbes, “eventually, biology wins,” said Larimer. But the next generation of hydrophobic coatings, he added, may offer new solutions.

In July 2018, with colleagues from Sandia National Laboratories and the Department of Energy, PNNL Senior Research Scientist George Bonheyo led a series of workshops with the maritime industry to more fully understand the issues and challenges posed by biofouling.

This followed the 19th International Congress on Marine Corrosion and Fouling (ICMCF), in which Bonheyo was co-organizer and session chair for a special session entitled “More than Ships” that examined fouling and its impact on energy systems, sensors, and desalination plants. The conference brought together scientists to identify the unique challenges and potential mitigation strategies for fouling on marine renewable technologies, desalination facilities, sensor systems, mining operations, and more.

According to Bonheyo, the session caught the attention of coatings industries looking for new markets, as well as researchers unfamiliar with the many applications afflicted by biofouling. “Another outcome that delighted me was the immense interest and excitement among students and postdocs who recognized that these underexplored topics might provide fertile ground for their emerging scientific careers.”

Mentoring the Next Generation of Marine Researchers