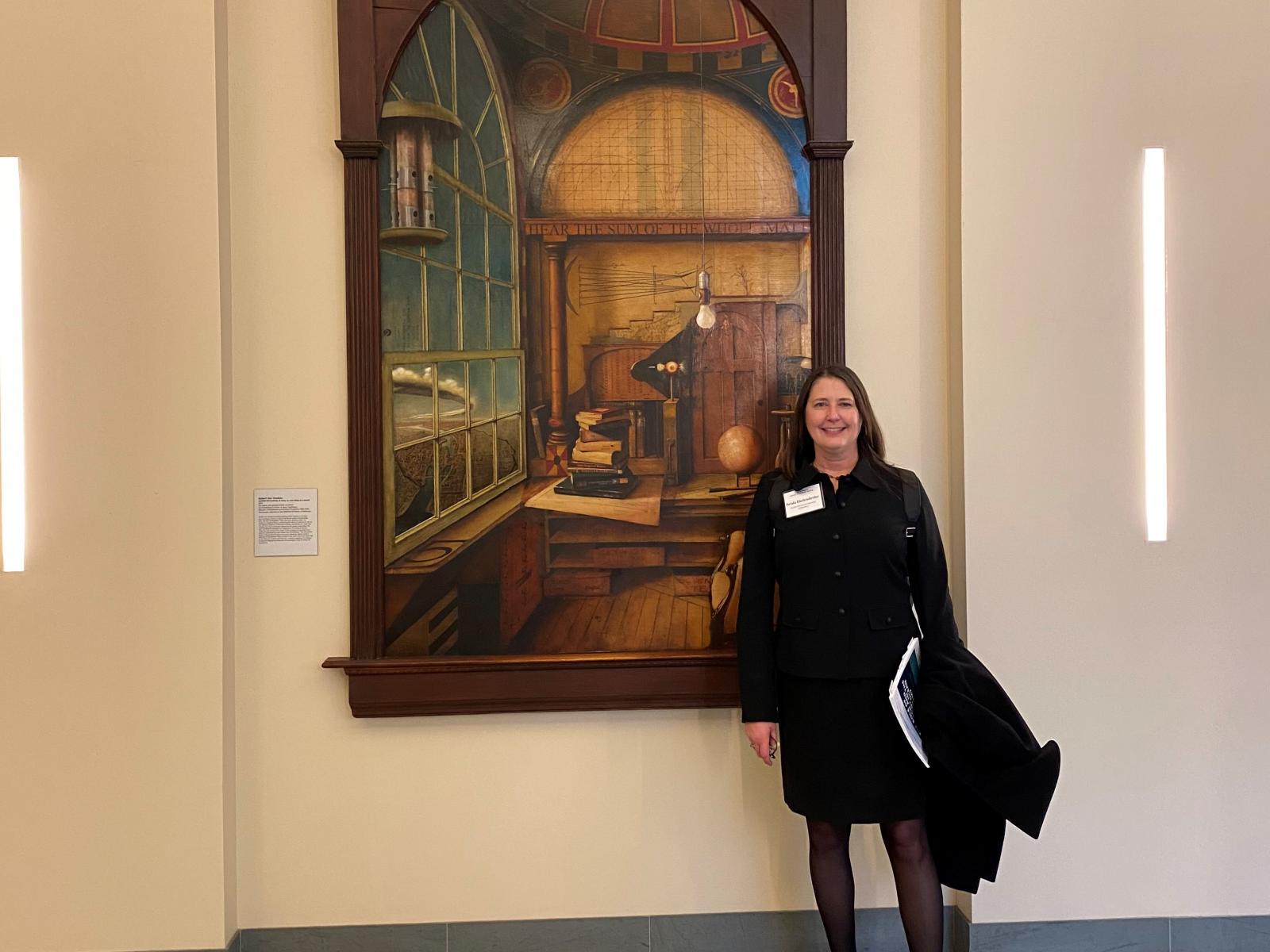 Heida Diefenderfer presented on the role of tidal wetlands in the transformation of coastal communities at the National Academies of Sciences, Engineering, and Medicine’s Government-University-Industry Research Roundtable on policy and global affairs (GUIRR).

PNNL coastal ecologist Heida Diefenderfer was a featured speaker at a recent national meeting on the role of research and technology in the changing ocean economy held February 4-5 in Washington, D.C.

Speaking at the National Academies of Sciences, Engineering, and Medicine’s Government-University-Industry Research Roundtable on policy and global affairs (GUIRR), Diefenderfer discussed the role of tidal wetlands in the transformation of coastal communities. In her presentation, “Tidal wetlands at the nexus of coastal resilience, carbon markets, and ecosystem restoration,” Diefenderfer shared research on the emerging role of carbon finance in the “blue economy” of coastal and ocean resources. She described how some tidal wetlands function as carbon sinks, offsetting greenhouse gas emissions, a valuable ecosystem service. Carbon finance mechanisms could incentivize conservation and restoration of these wetlands, facilitating other ecosystem services such as sediment deposition that build up protective living shorelines, thereby increasing coastal resilience to storms and sea-level rise.

The body of research demonstrates the need for agency leaders to work together across traditional gaps between the basic and applied sciences to assess climate-driven vulnerabilities and plan for adaptation. Diefenderfer said that multidisciplinary ecosystems research incorporating experimentation at demonstration sites, autonomous measurement systems, and modeling have the potential to both advance fundamental knowledge and support science-based decisions for coastal management.

The roundtable featured 10 speakers from across government, industry, and academia discussing the role of science and technology in the changing ocean.

“Heida’s extraordinary presentation to this group of renowned scientists opened many eyes to the crucial roles that tidal wetlands play in so many aspects of climate change,” said Rear Admiral (Ret.) Jonathan White of the nonprofit Consortium for Ocean Leadership, who was a fellow speaker. “The significant knowledge gaps she identified must be expeditiously filled to ensure the best decisions are made around how our coastal communities respond to issues such as sea-level rise.”

Citation: National Academies of Sciences, Engineering, and Medicine 2020. The Role of Research and Technology in the Changing Ocean Economy: Proceedings of a Workshop in Brief. Washington, DC: The National Academies Press. https://doi.org/10.17226/25810.