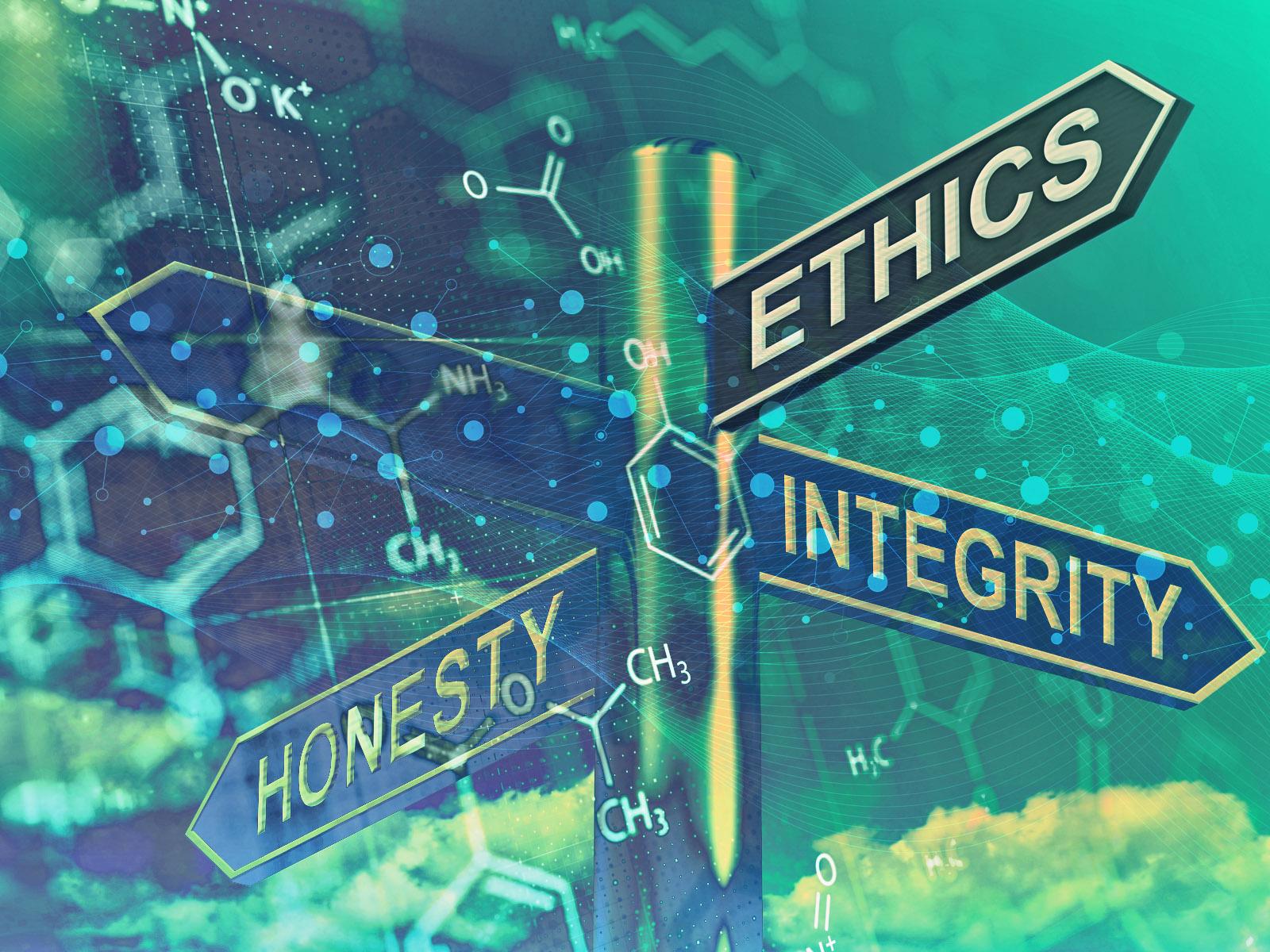 For PNNL chemist and Air Force veteran Kabrena Rodda, living by an honor code is second nature. Her time at the Air Force Academy as both a cadet and later an instructor, instilled in her the value—and possibility—of a community that joins to uphold a standard of ideals, honesty, and responsibility.

This background made Rodda well positioned to join with the American Chemical Society and the Organisation for the Prohibition of Chemical Weapons to establish an honor code for the international community of chemists using The Hague Ethical Guidelines to guide discussions during the drafting. The resulting Global Chemists’ Code of Ethics (GCCE) combined grassroots contributions from 18 countries in Europe, Asia, America, and the Middle East to define ethical standards working chemists are already expected to employ.

“When we came to consensus on the GCCE, there was enormous enthusiasm about sharing it,” said Rodda. “As partners, we realized that if this code was going to be truly impactful, we needed to do further engagement to encourage people to put it into practice.”

An opportunity to practice the GCCE is now possible thanks to an innovative e-training developed at PNNL in partnership with the Defense Threat Reduction Agency and the American Chemical Society’s International Activities Office.

Having a codified standard of ethics like the GCCE makes it more difficult for people with nefarious intentions to blend in. With the majority of chemists committed to acting ethically, it’s easier to spot bad actors—as long as everyone is aware of the code and their role in upholding it.

“Codes of ethics like the GCCE are particularly useful when they foster not only ethical behavior, but also a community that doesn’t tolerate unethical behavior,” said Rodda. “Responsible scientists are honor bound to address concerns, but that doesn’t always feel natural.”

Unlike routine safety checks on airplanes to prevent obvious physical danger, ethical checks may occur less frequently because the threats they address don’t always have immediate consequences and speaking up may draw negative attention. Ambiguous situations can lead to the bystander effect: a sense that speaking up is someone else’s responsibility.

The bystander effect is even more likely when a chemist is intimidated by pressuring individuals or doesn’t want to look sanctimonious in front of their peers. Add the fact that some chemical accidents happen not because of a will to do wrong, but because of lack of skill in handling chemicals, people, or situations, and it’s easy to see that slapping down sanctions for an unskilled action is going to do little to teach someone how to do better the next time.

Global outreach for a global code of ethics

Practicing the GCCE’s ideals in low stakes training scenarios can build the muscle memory chemists need to respond ethically if they encounter troubling situations in real life. Often these trainings are done through in person role playing, but the shifting health and geopolitical landscape makes it difficult or impossible to engage with many countries.

Rodda and her team knew they needed something that could be used remotely, and they wanted something to be engaging and realistic enough to allow meaningful practice. Ethical dilemmas aren’t always straightforward, so it was important to show how a positive choice, even after one or more naive lapses, could still have dramatically different and better outcomes.

“We were inspired by the choose your own adventure books that were really popular when we were growing up,” said Rodda. “It was a way to capture the context of emotions and inexperience that keep people from acting in a way that they imagine they would before they can see why some situations are trickier than others.”

PNNL researchers fill the roles of students, professors, and an employer in still photographs depicting four common scenarios: a research paper on a tight deadline, chemical waste, missing chemicals, and a job opportunity. As participants advance through these dilemmas, they must determine the best possible responses based on their knowledge of the GCCE.

Some decisions may seem obvious, but with the nuance of interpersonal relationships and ambition, participants can feel the pull of other options. If they choose complacency or bow to outside pressures, the training identifies which aspects of the GCCE are relevant to the situation and encourages the participant to try again.

The e-learning is currently being used in academia, with universities in Iraq using the training modules as they establish courses in chemical security and teach faculty during onboarding. It is also being explored for use in training new staff in small to medium chemical companies in Iraq, Egypt, and selected North African countries. Through this work, the training exposes high school and college students, as well as emerging scientists, in chemical industry to the GCCE as an opportunity to shape the next generation.