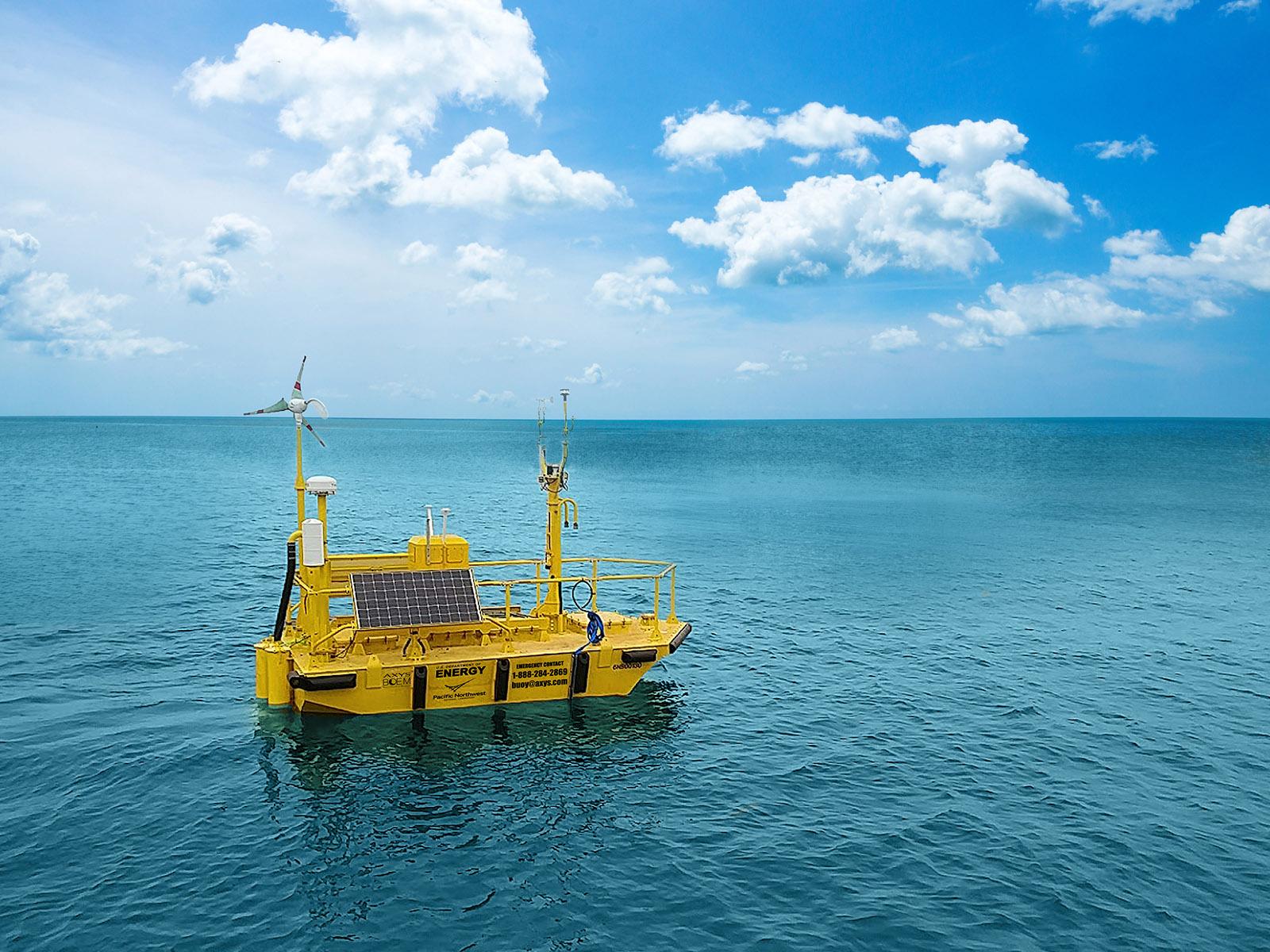 Two offshore wind research buoys managed by the U.S. Department of Energy’s (DOE’s) Pacific Northwest National Laboratory (PNNL) were deployed recently off the coast of California. This marks the first time the buoys have been launched to gather meteorological and oceanographic measurements off the West Coast.

The pair of buoys were deployed by DOE’s Wind Energy Technologies Office, with this research funded by the Bureau of Ocean Energy Management—or BOEM. BOEM is gathering data to support decisions on potential leasing of wind energy sites off California’s coastline that will bring a new renewable energy source to the state.

“The buoys are stationed off the coast of California in deep water and will gather wind measurements for 12 months,” said PNNL’s Alicia Gorton, who oversees the buoys and the deployments. “The measurements they obtain will provide BOEM and offshore wind stakeholders with the most accurate and detailed information needed to make solid decisions regarding wind energy development, such as siting and design considerations.”

The answers are blowing in the wind

Each buoy is equipped with instrumentation to capture a suite of measurements, such as wind speed and direction at multiple heights, air and sea surface temperatures, ocean current speeds and directions, and wave heights and directions.

The buoys were deployed previously from 2014 through 2017 off the coasts of New Jersey and Virginia, providing data to support offshore wind development off the East Coast. They underwent a $1.3-million upgrade earlier this year, which included more powerful lidars that provide wind data up to 250 meters above the sea surface—where offshore wind turbines would operate. The upgrade, overseen by the PNNL team, also involved moving the associated data management system to an open-source platform for easier data access by the wind scientific community at large.

Following the upgrades, the buoys were validated against a reference lidar off the coast of Martha’s Vineyard, then were transported this summer to the West Coast for deployment.

PNNL’s analysis of the buoy data will be used to validate wind models, improve the understanding of air-sea interactions, and reduce uncertainty and risk in characterizing offshore wind resources. The data will be stored in the Data Archive and Portal, also managed by PNNL, where it will be publicly available to the wind research community.

Keeping an eye on bird and bat behavior, too

In the spring, the northern coast buoy will likely host a PNNL-developed avian measurement system, ThermalTracker.

The system consists of thermal cameras and software that uses stereo vision processing to provide three-dimensional flight data about birds and bats around wind turbines. The data from ThermalTracker—flight height, speed, and passage rates, for instance—will provide offshore wind developers with the information they need to understand avian behavior around wind technologies so they can best plan development and operations.