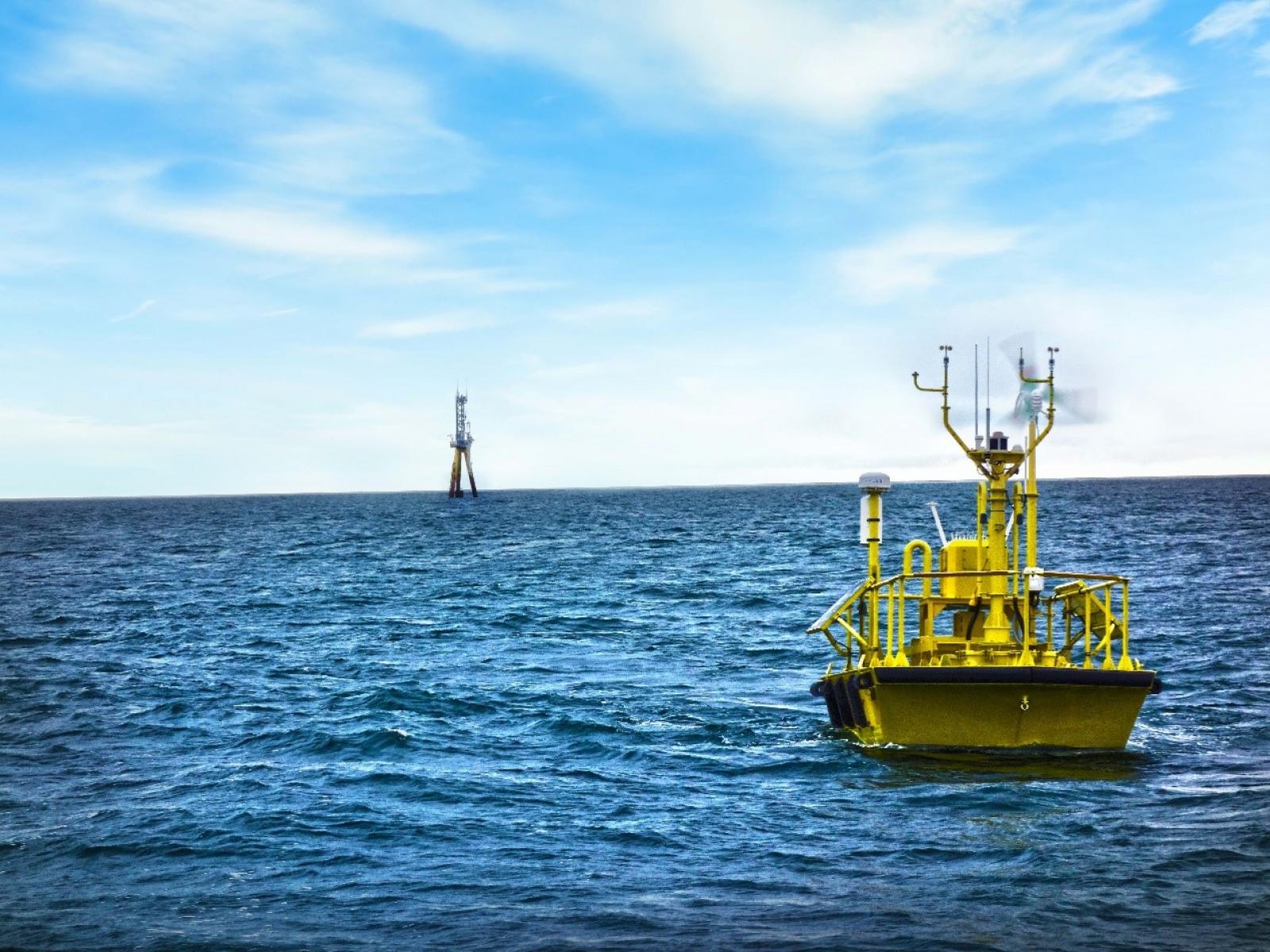 Two buoys used to collect offshore wind measurements underwent a $1.3 million upgrade to extend the reach of their lidar beams.

A PNNL research team has upgraded the instrumentation on two lidar buoys used to capture data that help advance the scientific understanding of offshore wind and its energy-producing potential. The buoys were equipped with more powerful lidars that reach up to 200 meters, providing a higher data recovery rate. Previously, the lidar beams did not consistently return data at heights above 90 meters, and thus did not satisfy the data needs for today’s much taller wind turbines.

The $1.3-million upgrade came at the recommendation of the wind industry following data obtained by the buoys while stationed off the coasts of New Jersey and Virginia in 2016 and 2017. Those data showed that at higher elevations above the water, the lidar signal was too weak to obtain accurate measurements.

In addition to the new lidars, the team moved the associated data management system to an open source platform for easier data access by the wind scientific community.

Following the upgrade, the buoys were returned to the water where they were successfully validated by comparing newly acquired data with data collected by a validated reference lidar at the Woods Hole Oceanographic Institution Air-Sea Interaction Tower off the coast of Martha’s Vineyard. The buoys and their upgraded systems were then certified as compliant with recommended practices of the Carbon Trust— an organization dedicated to the delivery of a sustainable economy.

The buoys will be deployed off the coast of California later this year in support of research by the Bureau of Ocean Energy Management. PNNL’s oversight of the buoys is supported by the U.S. Department of Energy’s Wind Energy Technologies Office.