Oceanographer Honored for Findings in a Seattle Estuary 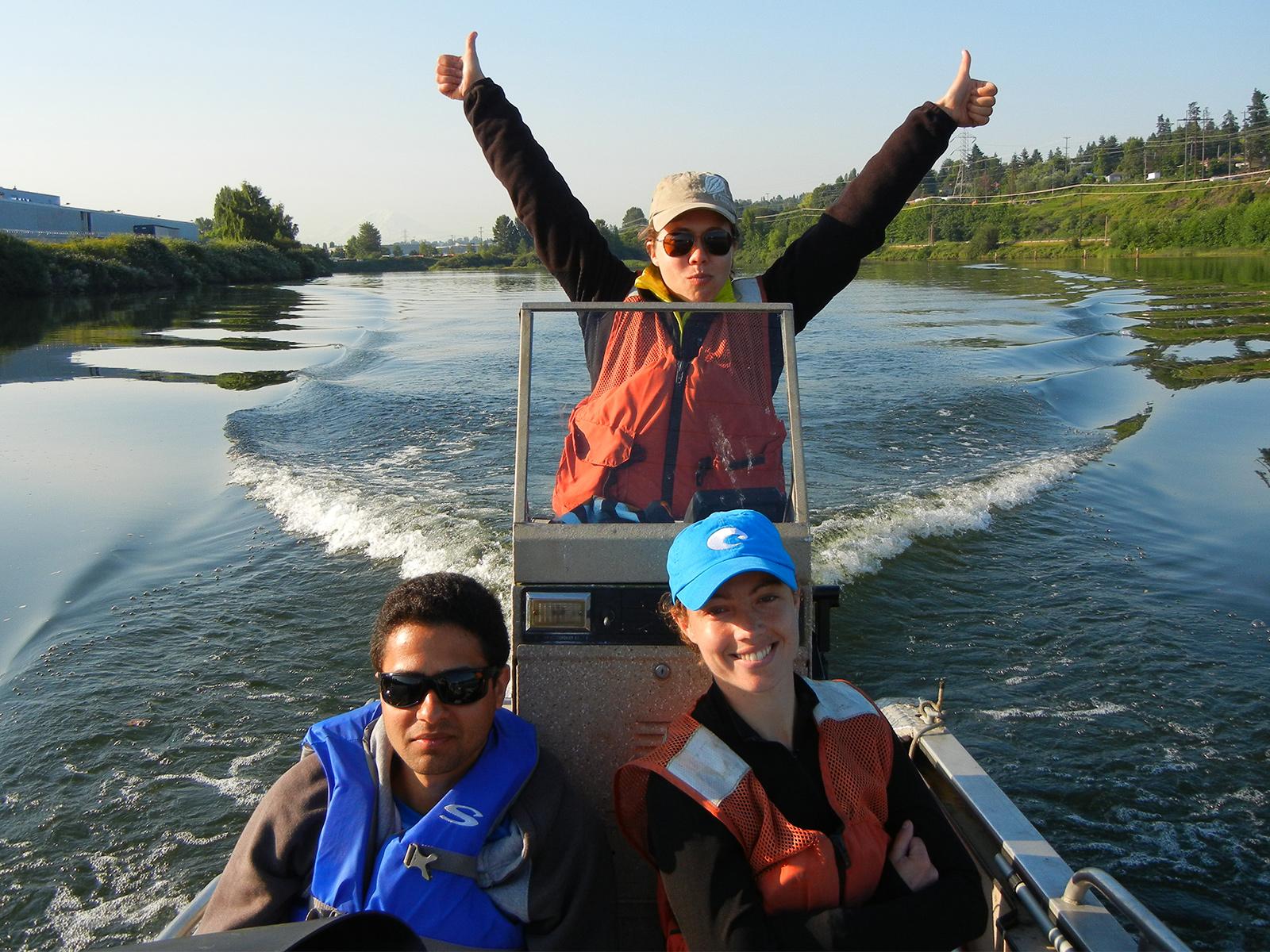 Maggie McKeon, a coastal sciences postdoctoral researcher at Pacific Northwest National Laboratory (PNNL), was the lead author on a paper that earned the Pritchard Award from the Coastal and Estuarine Research Federation (CERF).

The award recognizes the best physical oceanography paper published in the professional society’s journal, Estuaries and Coasts, in the past two years. “CERF’s mission is to advance the understanding and wise stewardship of estuarine and coastal ecosystems worldwide," stated Susan Park, an oceanographer and the executive director of CERF.

The research was recognized out of all the physical oceanography papers submitted globally in the last two years. Park explains how the CERF committee determines the winner, “they review each of those for things like scientific merits, how novel the work is, how complex the work is, the potential impact of the work, and the quality of the work.”

McKeon earned her PhD in civil engineering from the University of Washington in 2020. Park expresses why this is such an accomplishment for McKeon, "Maggie is a postdoc; typically, this award goes to well-established physical oceanographers and to have Maggie, so early in her career, achieve this award, I think makes it even more special." McKeon’s winning article, “Seasonal Changes in Structure and Dynamics in an Urbanized Salt Wedge Estuary,” was published in the July 2020 online edition of Estuaries and Coasts.

The value of understanding hydrodynamics

The paper was part of McKeon’s 2020 doctoral dissertation, which focused on the Duwamish River Estuary project near Seattle. The location is a designated Superfund Site because of its history of toxic waste disposal by shoreline industries near the waterway. According to Horner-Devine, the estuary cleanup is projected to cost over $300 million. However, for the project’s success, it was vital to understand the fate of the sediment, and to do that, they needed to understand the estuary.

The Duwamish River’s problems are all too common, explained McKeon. “Two-thirds of the world's major cities are built on estuaries. Once you have infrastructures to support industry and a growing human population, then you see issues like this. You find contamination.”

Horner-Devine believes that McKeon’s observations and application to known theories will make it possible to analyze other estuaries modified like the Duwamish River.

Application of theory to the research discovery

McKeon modified the two-layer hydraulic theory—a framework that can be applied to estuaries that have large differences in the top to bottom water density—and says one can approximate the flow as two separate layers. With the theory and McKeon’s research, she was able to predict how seasonal changes in river discharge affect the structure of the salt wedge—an area where the river's fresh water meets and forms a layer of flow above the bay's salt water. This type of theoretical advancement is a key part of McKeon achieving the award; as Park explained, “CERF is not just about the science, but about its implications.”

To test the theoretical prediction, the team collected data during the full range of river discharges. Measurements from strategically placed sensors lowered and raised by hand from a boat recorded the water’s salinity and velocity.

This knowledge has wide-ranging implications for water quality and transportation of sediment and contaminants even outside of estuaries.

McKeon jokes about the project logistics, “it was held together by electrical tape and pipe clamps,” with do-it-yourself mooring platforms constructed out of free decking material scraps. Horner-Devine recalls the determination of McKeon throughout the project, referring to her innovative and resourceful thinking, and describing McKeon's role in the project as more than just a researcher but also a project manager. “She campaigned and organized numerous fieldwork events and successfully recruited fellow graduate students. Additionally, she was responsible for the training of all the participants to ensure they understood the equipment and techniques,” said Horner-Devine.

McKeon believes her tenacity and her “incredibly supportive coauthors” resulted in such a successful paper. “Our project never had much funding, but we kept convincing ourselves that this is really useful and that maybe eventually, somebody else will use it too.”

Like many goals, completing this three-year project wasn’t easy, confesses McKeon. Sharing advice for other postdocs in the field, she said, “if you think your work is important, just keep going.”

The Pritchard Award will be presented to McKeon at CERF’s 50th Anniversary Conference held virtually in November. McKeon will be presenting with her PNNL mentor, Earth scientist Heida Diefenderfer, on “A Comprehensive Evaluation of Historical Changes in Suspended Sediment Loading in the Columbia River Basin.”