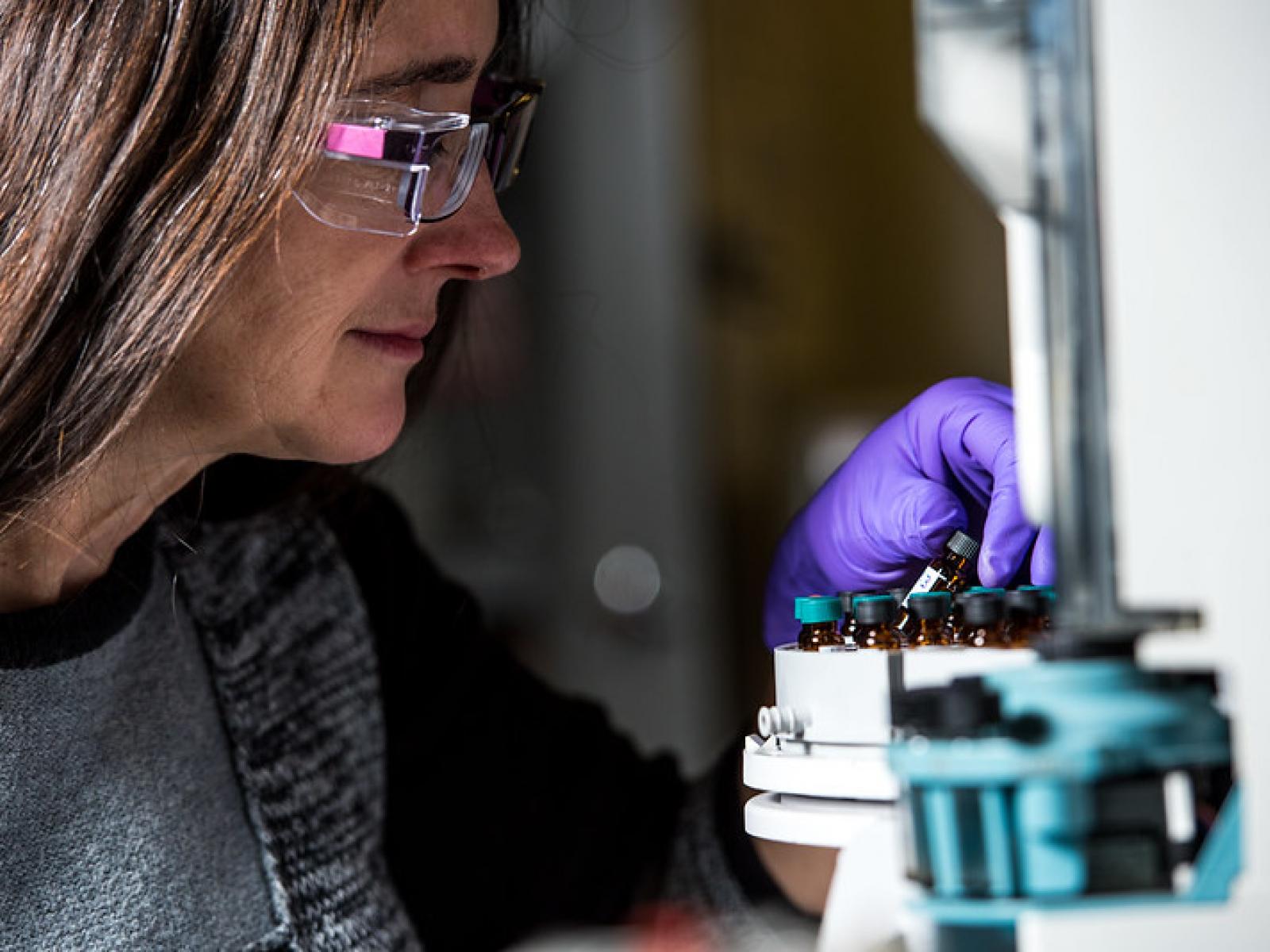 Biofuels blended with gasoline are powering a widening array of passenger vehicles on roads around the world. And while biofuels account for only about 10 percent of the fuel market for light duty vehicles, they play an important role in reducing greenhouse gas emissions. This environmental benefit could be maximized with biofuels suitable for use in turbocharged engines that pack more horsepower in a smaller, more efficient package than traditional combustion engines.

The Co-Optimization of Fuels & Engines (Co-Optima) project, funded by the Department of Energy’s (DOE) Office of Energy Efficiency & Renewable Energy, is focused on developing new high-performance biofuels that can boost engine efficiency and cut emissions when combined with advanced combustion approaches, such as boosted spark ignition (BSI) engines. The higher compression ratio in advanced turbocharged engines enables significantly improved efficiency, but they require new fuels to reap those rewards.

A new Co-Optima report, “Top Ten Blendstocks for Turbocharged Gasoline Engines: Bio-Blendstocks with the Potential to Deliver the Highest Engine Efficiency,” describes an assessment of 400 biofuel-derived samples and identifies the top candidates for blending with petroleum fuel to boost BSI engine efficiency. The assessment, completed by a team of DOE national laboratories, identified the ten most promising blendstocks as: cyclopentanone, a furan mixture of 2-methylfuran and 2,5-dimethylfuran, di-isobutylene (an olefin), ethanol, a fusel alcohol blend, isobutanol, methanol, prenol, n-propanol, and isopropanol.

All of the top-performing blendstocks showed the potential to be produced at a competitive cost and six of these blendstocks had the fewest significant practical barriers to adoption and use: di-isobutylene, ethanol, isobutanol, n-propanol, isopropanol, and a fusel alcohol blend.

This is the first systematic assessment of a broad range of biomass-derived molecules and mixtures across many chemical families for use as BSI blendstocks. The assessment will help the research community better understand the efficiency implications of biofuels under development, as well as implications for future biofuels with properties that enable more efficient engine design and operation.

To arrive at their top ten list, the team developed and used a unique “merit function” screening process for BSI engine efficiency described in a previous report. Maximizing BSI engine efficiency requires fuels with: higher research octane number and octane sensitivity (both measures of how easily the fuel ingnites); increased heat of vaporization; lower particulate matter index; higher flame speed; and smooth interaction with the catalytic converter. While some properties blend in a linear fashion, autoignition properties blend in a complex manner that depends on the base fuel as well as the blendstock. Synergistic blending for octane number and sensitivity increased the relative merit function impact of some blendstocks at a given blending level compared to that expected for linear blending.

The merit function approach allowed the research team to evaluate the blendstocks without conducting hundreds of expensive and time-consuming engine tests. The team first screened nearly 400 samples to answer the most basic questions, such as: Will it burn? Is it poison? Does it work with gasoline?

Samples that passed to the second tier faced harder questions, including: Are the fuel properties good enough to really improve efficiency? Could it be compatible with existing fuel infrastructure? Is the fuel stable under storage conditions? The final screening determined whether the fuel properties could increase BSI engine efficiency by 10 percent while reducing greenhouse gas emissions with the fewest barriers to adoption.

Barriers to market adoption, defined by DOE, include the ability to meet current market requirements, techno-economics, compatibility, and life-cycle impacts. First, only two biofuel blends—ethanol and isobutanol—are currently allowed in market fuels. Any new blendstocks would have to go through the normal fuel certification process. Second, the production cost of all the blendstocks identified is significantly higher than fuels on the market today. Process improvements and new ways to value enhanced fuel properties could help. Third, efficiency and environmental impacts must be confirmed in engine tests and more detailed analyses, along with opportunities for refinery integration. Finally, fuel system and infrastructure compatibility, emissions impacts, and health and safety impacts would have to be determined to be acceptable prior to the fuel certification process.