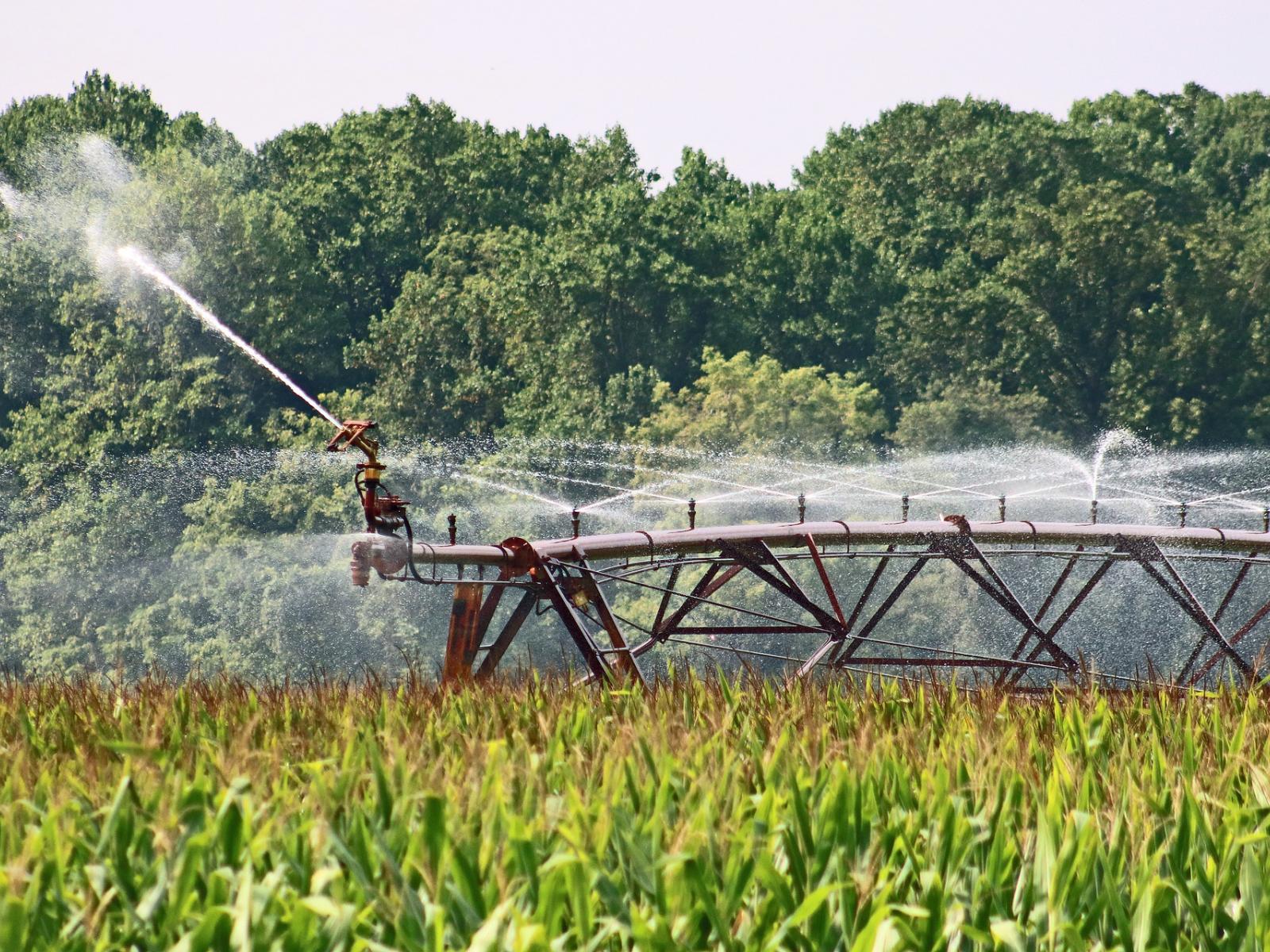 Agriculture is a major source of groundwater and surface water use in the United States, accounting for approximately 37 percent of the nation's consumptive water use. Efficient irrigation systems and water management practices can help maintain farm profitability in an era of increasingly limited and more costly water supplies.

RICHLAND, Wash.—Reinvesting in the nation’s irrigation systems can promote the economic well-being of farmers and rural communities, generate more renewable energy and advance environmental stewardship. Cutting carbon emissions within the farm sector, too, can aid in the work of combating climate change.

Irrigation technology has developed to the point where pressurized pipes can deliver water for irrigation while generating in-conduit hydropower that can be used to power electric pumps that currently rely on diesel and, in the future, power electric tractors and combines. The right of ways for these pipes can also be used for fiberoptic cable, bringing broadband to rural areas that may not have high-speed internet options.

IrrigationViz is a decision support and visualization tool that enables users to estimate how much water is lost by the current system, how much water would be saved by specific investments and how much hydropower potential there is in the system. It also estimates higher-value crops that could be planted based on the improved water reliability, water purification and habitat benefits of including wetlands and connectivity between surface and groundwater sources.