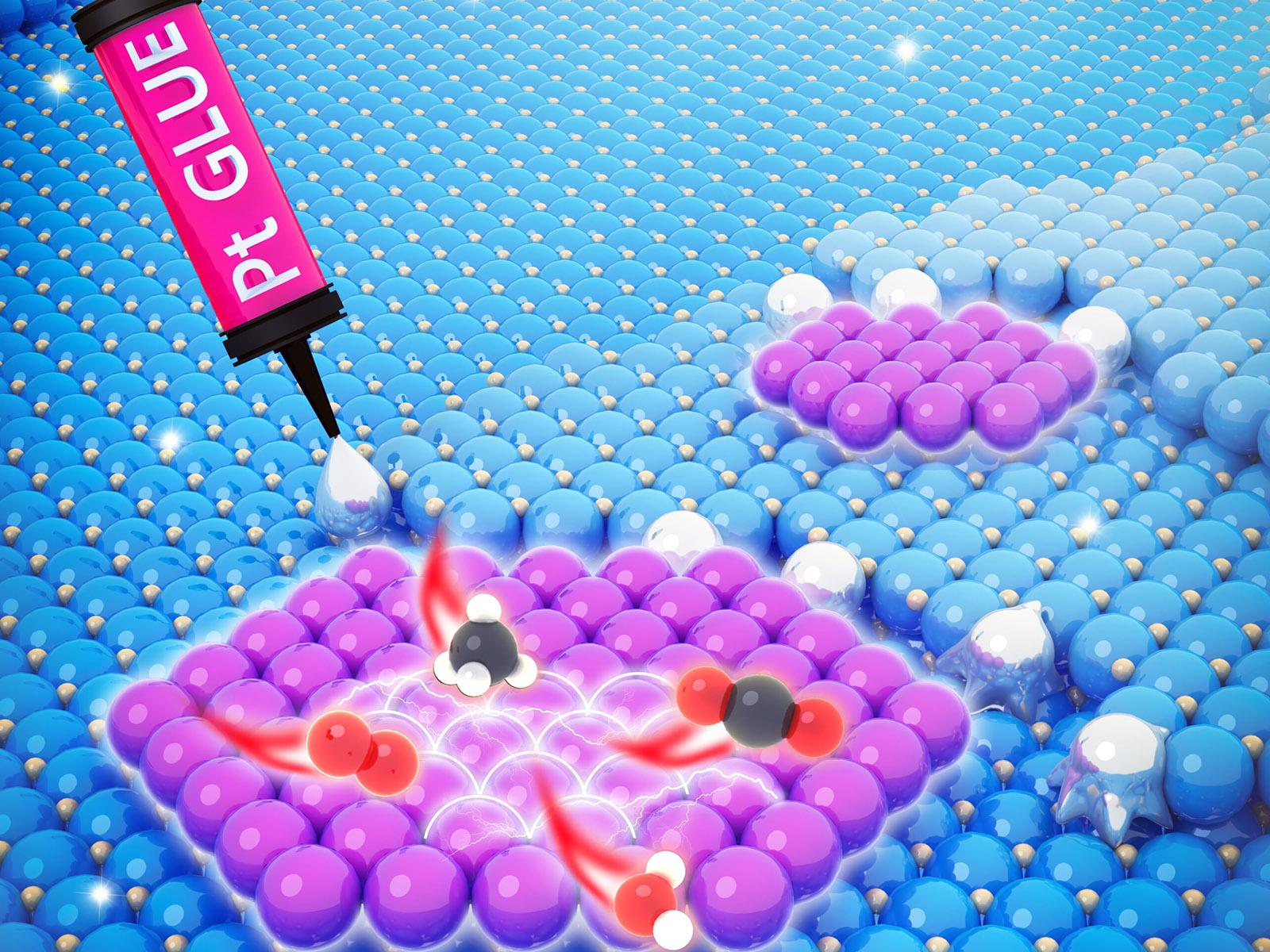 Catalyst “rafts” of palladium oxide that are held together with single atoms of platinum are effective at cleaning up emissions from natural gas engines.

A multi-institution research team has developed a new catalyst that could clean emissions from natural gas-powered vehicles.

However, catalytic converters to clean exhaust emissions from these engines are less efficient at low temperatures, resulting in emissions of environmentally harmful unburnt methane. Water is also produced by methane combustion, which further impacts the performance of conventional catalysts.

The team’s new catalyst is made up of “rafts” of palladium oxide held together with single atoms of platinum. Not only does the catalyst clean the unburnt methane from the emissions, it enhances water vapor tolerance. This catalyst also shows greater reactivity than other catalysts made of palladium oxide nanoparticles.

The team continues to advance the catalyst and is aiming to commercialize the technology for industry application.

The work was featured in Nature Catalysis. Yong Wang, a Pacific Northwest National Laboratory (PNNL) fellow and the Voiland Distinguished Professor in Chemical Engineering at Washington State University (WSU), was a corresponding author on the paper.

Wang’s research was supported by the Department of Energy’s Vehicle Technologies Office.