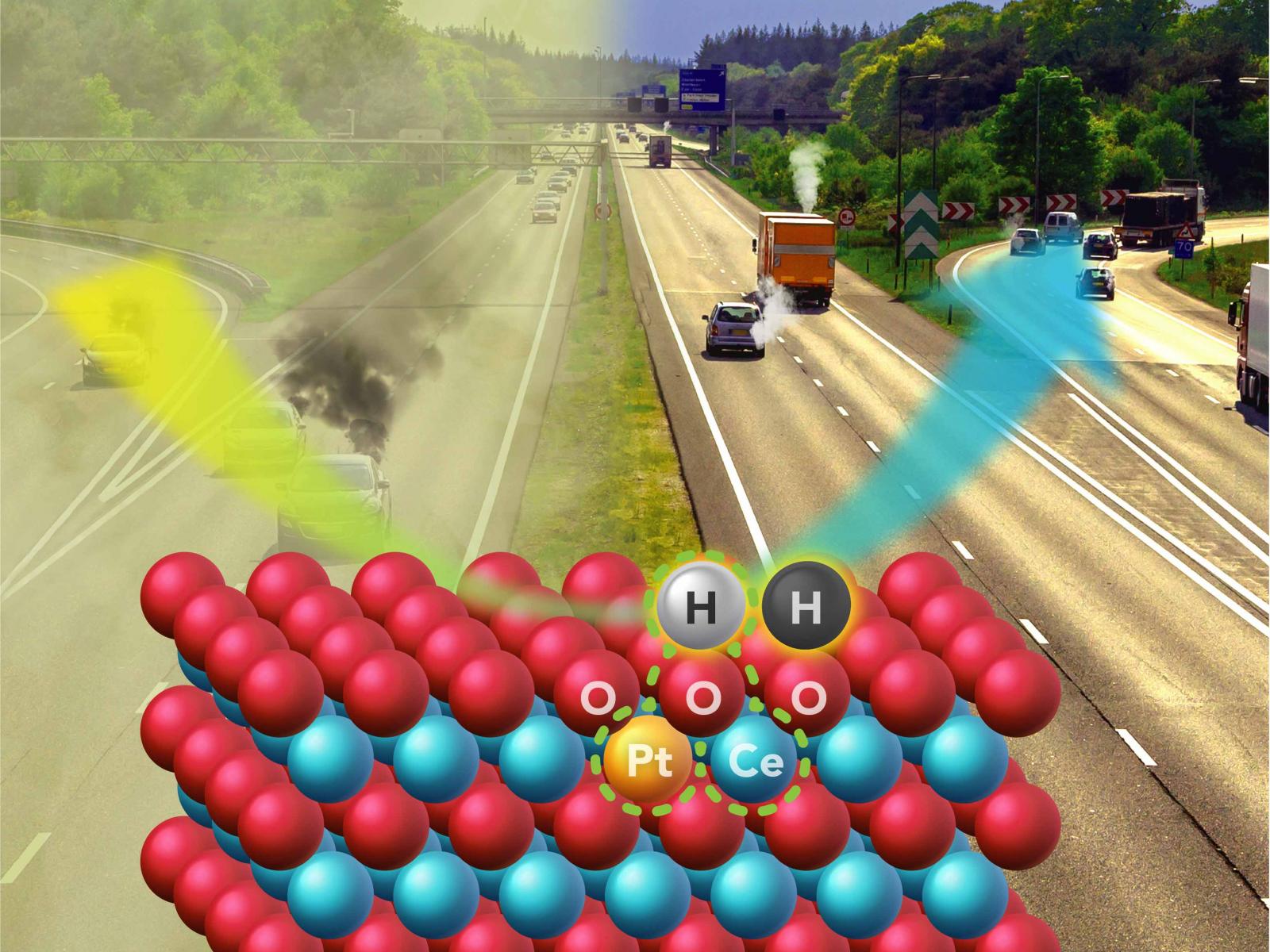 As cars become more fuel-efficient, less heat is wasted in the exhaust, which makes it harder to clean up the pollutants that are emitted. But researchers have recently created a catalyst capable of reducing pollutants at the lower temperatures expected in advanced engines. Their work, published this week in Science magazine, a leading peer-reviewed research journal, presents a new way to create a more powerful catalyst while using smaller amounts of platinum, the most expensive component of emission-control catalysts.

The recent findings grew out of a collaboration between research groups led by Yong Wang, who holds a joint appointment at the Department of Energy's Pacific Northwest National Laboratory and is a Voiland Distinguished Professor at Washington State University's Gene and Linda Voiland School of Chemical Engineering and Bioengineering and Abhaya Datye, a distinguished professor at the University of New Mexico.

Why It Matters: Catalysts have been an integral part of the exhaust systems of diesel- and gasoline-powered engines since the mid-1970s when federal regulations called for reductions of carbon monoxide, hydrocarbons and nitrogen oxides. Catalytic converters transform the pollutants to nitrogen, carbon dioxide and water.

The researchers addressed the daunting challenge of designing a catalyst that could endure engine exhaust temperatures of up to nearly 1,500 degrees Fahrenheit encountered under high engine loads. Yet the catalyst would still have to work when an engine is started cold and must clean up the exhaust before reaching 300 degrees Fahrenheit, significantly lower than current systems. The lower operating temperatures during cold start are due to increasing fuel efficiency in advanced combustion engines, which leaves less energy in the tailpipe exhaust, said Datye, a study co-author.

Summary: The recent findings build on research, published in Science last year, in which the Wang and Datye groups found a novel way to trap and stabilize individual platinum atoms on the surface of cerium oxide, a commonly used component in emissions control catalysts. The so-called single-atom catalyst uses platinum more efficiently while remaining stable at high temperatures. Platinum typically trades at prices close to or even greater than gold.

For their latest paper, the researchers steam-treated the catalyst at nearly 1,400 degrees Fahrenheit. This made the already stable catalyst become very active at the low cold-start temperatures.

"We were able to meet the challenges of both the high-temperature stability and the low-temperature activity," Wang said. "This demonstration of hydrothermal stability, along with high reactivity, makes it possible to bring single-atom catalysis closer to industrial application."

Multiple types of spectroscopy and electron microscopy capabilities available at EMSL, the Environmental Molecular Sciences Laboratory, a DOE Office of Science user facility on the PNNL campus, allowed the scientists to understand the catalyst surface at the atomic level and provide mechanistic insight into how oxygen vacancies migrate to the surface of the cerium oxide, creating pathways for highly active carbon monoxide conversion.