Quantum computing experts gather in the Pacific Northwest to discuss challenges and progress. 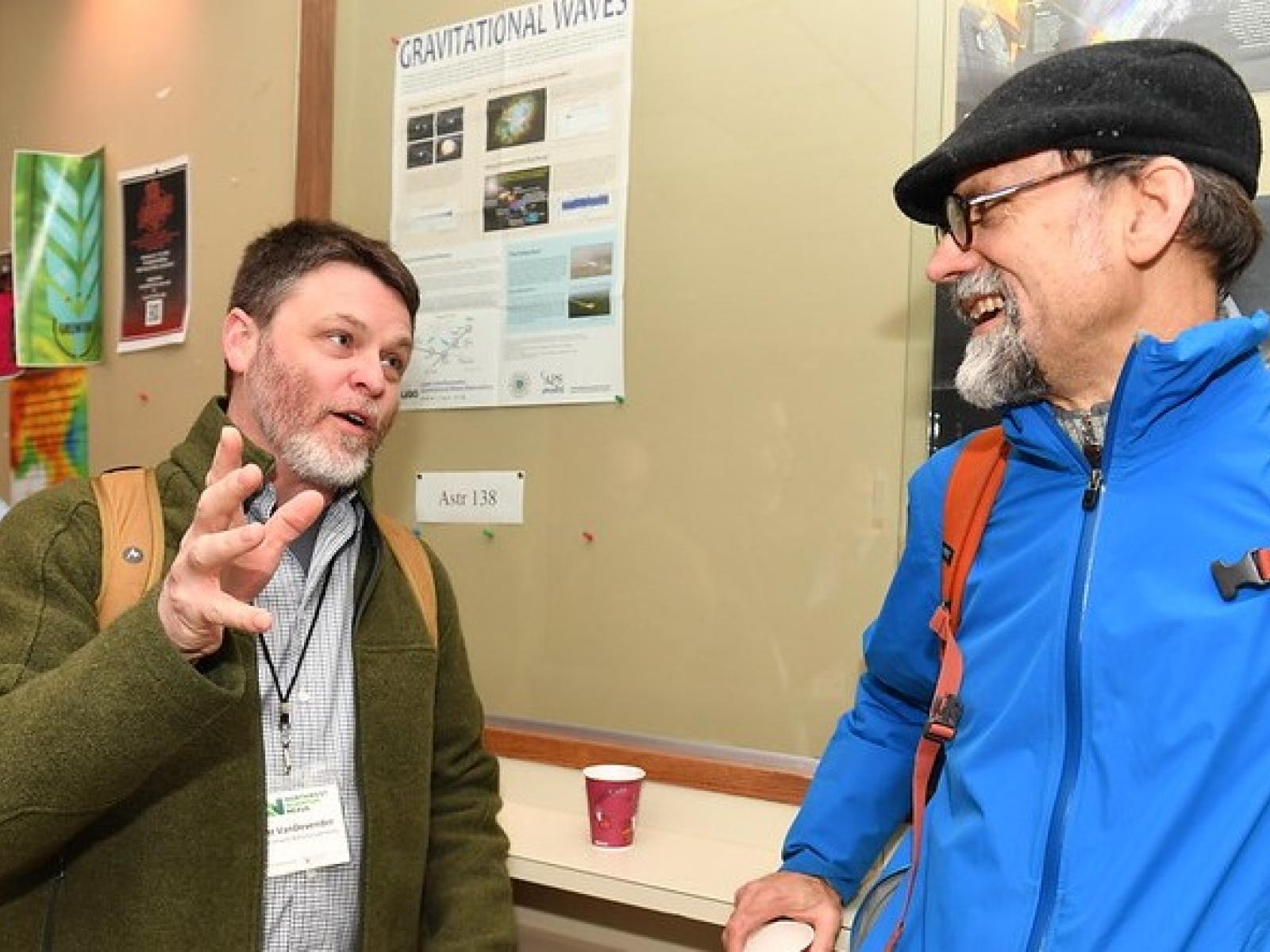 PNNL research physicist Brent VanDevender discusses his research during a poster session at the cold atoms for quantum computing workshop at Pullman, Washington.

As research teams across the globe race to develop the first practical quantum computers, scientists and engineers are working together to understand the challenges and ultimate limits to quantum computing.

One such potential limit, environmental radiation, was discussed recently as quantum computing experts from across the Pacific Northwest gathered in late February at Washington State University (WSU) in Pullman, Washington. The Quantum Computing, Sensing, and Simulation with Cold Atoms workshop was sponsored by the Northwest Quantum Nexus—a coalition of research and industrial organizations in the Pacific Northwest and neighboring regions with the goal of advancing quantum information sciences research and developing a trained workforce.

PNNL physicist Brent VanDevender presented PNNL’s work to evaluate the effect of environmental radiation on superconducting qubits. The research team, including scientists from PNNL and the Massachusetts Institute of Technology, is conducting carefully controlled experiments to determine the limits placed on qubit stability by typical background radiation found in the environment.

“Reducing and mitigating the impact of ionizing radiation will be critical for realizing fault-tolerant superconducting quantum computers,” said VanDevender, speaking to an audience that included experts from universities across the United States and Canada.

“In the longer term, quantum computers may need to be located underground, where cosmic radiation is reduced,” he added.

The goal of the workshop, which was co-sponsored by the WSU Office of Research and the WSU Department of Physics and Astronomy, was to discuss advances in controlling and manipulating atoms for quantum information science and quantum technologies.

Computational scientist Nathan Baker, who leads PNNL’s quantum science and technology initiative, was invited to speak about the burgeoning quantum industry in the Pacific Northwest. He spoke on the potential to build a quantum economy in the tech-rich region that includes Microsoft, Intel, Amazon, and other global computing leaders.

“At this moment, a transformational technology is being built based on a growing understanding of behavior in quantum systems,” said Baker to an audience that included about thirty graduate students training in quantum physics and other allied fields. “At PNNL, we are advancing quantum information sciences through our established expertise in quantum chemistry, materials, and algorithm development. We offer the opportunity to gain experience through joint research studies and internship experiences for students. Bring your ideas and expertise. You will help construct the hardware and algorithms that shift our computing paradigm beyond digital to quantum.”

Other speakers included Deep Gupta, of the University of Washington, who spoke on the topic of ultracold atoms and molecules research, and Yong Chen, of Purdue University, who leads an interdisciplinary research group working on quantum matter and devices involving materials, such as topological insulators and cold atoms and their applications in electronics, sensors, energy, and quantum information.