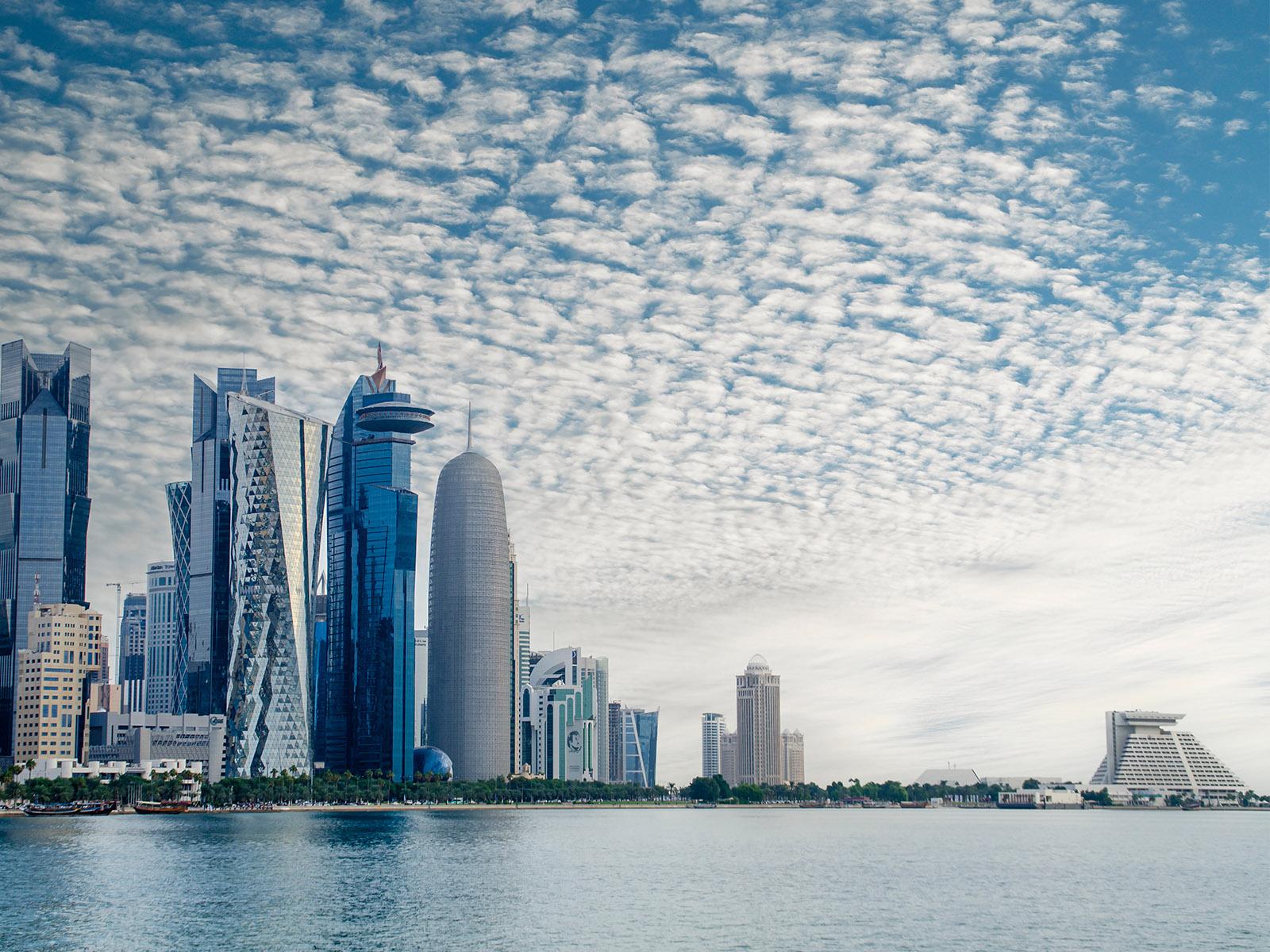 An image of Doha, Qatar, where the eighth Arab-American Frontiers of Science, Engineering, and Medicine Symposium was originally scheduled to take place before ongoing COVID concerns led to a virtual conference format being adopted.

On November 1-4 2021, the Eighth Arab-American Frontiers of Science, Engineering, and Medicine Symposium took place online after being organized by Pacific Northwest National Laboratory (PNNL) engineer and research line manager, Leonard Pease. Hosted by the National Academies of Sciences, Engineering, and Medicine (NASEM), this prestigious international conference brings together promising early career researchers from around the globe and across a myriad of professional fields.

The eighth symposium covered a broad swath of topics, including advanced materials, e-health, water, food, the environment, cybersecurity, and emerging technologies for society.

Pease served as the United States co-chair of the organizing committee. In this role, he was instrumental in driving the effort forward, developing a strong technical program for the symposium, and identifying high-caliber speakers and participants from both the United States and the Arab region. He worked in partnership co-chair Dr. Dena Al-Thani from the Hamad Bin Khalifa University in Qatar and with support from the U.S. Agency for International Development, the National Science Foundation, and the Qatar National Research Fund to help spur new connections and collaborations between the United States and Arab scientists, engineers, and medical professionals.

“We were looking for people who can cross-fertilize ideas across multiple domains,” Pease said.

The benefit of thinking across disciplinary and cultural lines is to “bring forward connections and insights you never could have imagined before,” in Pease’s words. One unique example happened at the 6thArab-American Frontiers of Science, Engineering, and Medicine Symposium in Kuwait, where Pease chaired a session on the microbiome, when an Arab researcher studying the microbiome of camel’s milk met a United States speaker studying maternal and infant health. Together, they were able to make connections between microbial genetics, human genetics, and pharmaceuticals by exploring the two different sets of techniques used in their research.

In normal years, the Arab-American Frontiers of Science, Engineering, and Medicine represents the one and only NASEM event where the entire symposium is held in the other country-- meaning one of the twenty-two Arab League countries. Most national academy events are either national or bilateral, meaning they rotate between only two countries every year.

Recognizing the success of this most recent virtual symposium in generating creativity and innovation, Hamad Bin Khalifa University has expressed interest in working with the NASEM to identify new and different ways to engage participants from the United States to spur research collaborations in the future.

“Being able to watch those connections happen in real-time with others while helping session chairs tune their presentations is really rewarding. It was an honor to represent the United States as the committee co-chair,” Pease shared.

An engineer by training with interests spanning the proverbial research map, Pease’s own interdisciplinary approach during his career led him to help found two companies to commercialize biomedical solutions invented by him and his team, in addition to making headway in various other research fields, including jet mixing, slurry transport, industrial hygiene, thermodynamics, advanced manufacturing, and mesofluidic separations. He has also pioneered the invention and development of the mesofluidic suite of separations technologies for slurry processing.

Most recently, he has been leading a task for the COVID-19 fate and transport effort for PNNL, part of a multi-laboratory multidisciplinary effort focused on understanding the spread of SARS-CoV-2.