PNNL’s “BRAVE” effort draws upon a broad network of collaborators, data, and resources 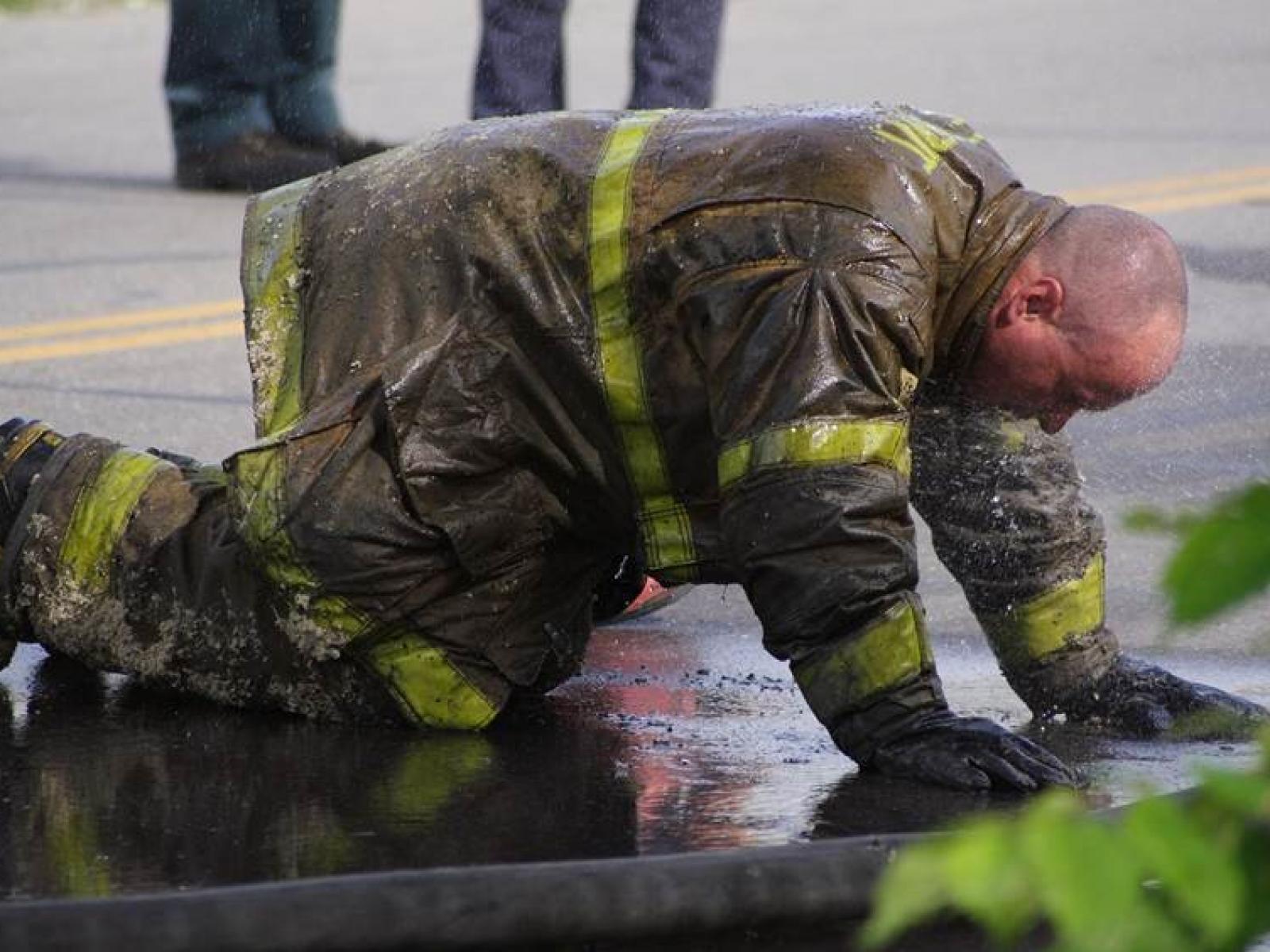 PNNL studying the effects of environmental stressors and fatigue on first responders.

When two powerful earthquakes rocked southern California earlier this month, officials’ attention focused, understandably, on safety. How many people were injured? Were buildings up to code? How good are we at predicting earthquakes?

Not a lot of people were thinking about urine, blood, and spit.

But those substances are key to a PNNL effort to learn more about the health and safety of first responders – people like the EMTs, police officers, and firefighters who pour forth en masse when disaster strikes.

“We are helping to keep safe those who keep us safe,” said Justin Teeguarden, the principal investigator of the two-year PNNL research investment known as BRAVE – Biomedical Resilience and Readiness in Adverse Operating Environments.

Last month the team wrapped up the first phase of one effort – the collection of samples of saliva, blood, and urine from Los Angeles County firefighters. They have volunteered to be part of a study where PNNL experts crunch massive amounts of data as they focus on improving the health and performance of first responders.

The team will analyze extensive measures of molecular activity – proteins, molecular messages known as transcripts, and metabolites – to create new ways to monitor and predict the effects of stressors on the body. For instance, are there molecular signals that indicate which firefighter will suffer from heat stroke or over-exertion as he or she climbs the stairs of a high-rise building? Or when EMTs are extremely fatigued and need a break even when they say they don’t?

“Can we monitor these responders more closely and pull them off the line before they are at risk?” Teeguarden asks.

The firefighter study is one of many efforts that BRAVE is doing to study how genetics and a range of environmental factors come together to influence responder readiness and health. A clear example of the interplay is Gulf War Syndrome, a condition marked by fatigue, cognitive problems, and other maladies. Some soldiers – those without certain forms of a gene known as HLA – were much more likely to get the syndrome during and after the Gulf War. Scientists believe that environmental factors including smoke from burning oil wells, pesticides, extreme fatigue, and chemical agents played an important role in causing the syndrome, but an individual’s genes helped determine their vulnerability.

Among the stressors commonly experienced by first responders: Sleep deprivation.

PNNL has launched a study with scientists at Washington State University’s Sleep and Performance Research Center looking at a bevy of potential biomarkers – more than 800 – to watch what happens when the body’s usual sleep rhythms are disrupted. It’s not simply running blood samples. It’s managing hundreds of thousands or even millions of pieces of data – knowing how best to run each sample for the best results and coordinating the experiments and data flow in ways that make the results reliable for first responders everywhere.

Physicians know that shift work and disruption of our normal sleep cycle makes people more vulnerable to conditions like obesity, diabetes, and cancer. But understanding precisely how that happens is unknown. A central question is how the body’s central clock, which adjusts more quickly to changes, aligns with several “sub-clocks” or peripheral body blocks that regulate metabolic function in the pancreas, liver, and other organs.

Already the team has found that several genes known to suppress cancer are more apt to change in unexpected ways in shift workers compared to those in people who maintain a normal wake/sleep cycle. The rate of processes like rearrangements and mutations in DNA indicate more “genome instability” in patients with disrupted sleep cycles.

In an additional joint study, this one with the U.S. Air Force, PNNL scientists are learning more about toxic substances that first responders can encounter. Since March the BRAVE team has been analyzing 4.7 million images provided by the U.S. Air Force School of Aerospace Medicine, using deep learning to look at images of cells from more than 200 people. The cells were exposed to a range of substances.

Possible outcomes include new methods to rapidly classify different types of exposure more quickly, and the identification of genes that make some people more vulnerable to some substances than others.

“Oftentimes, it’s the intersection between genetics and environment that determines who gets sick and who does not,” said Teeguarden. “We’re trying to unravel that puzzle.”