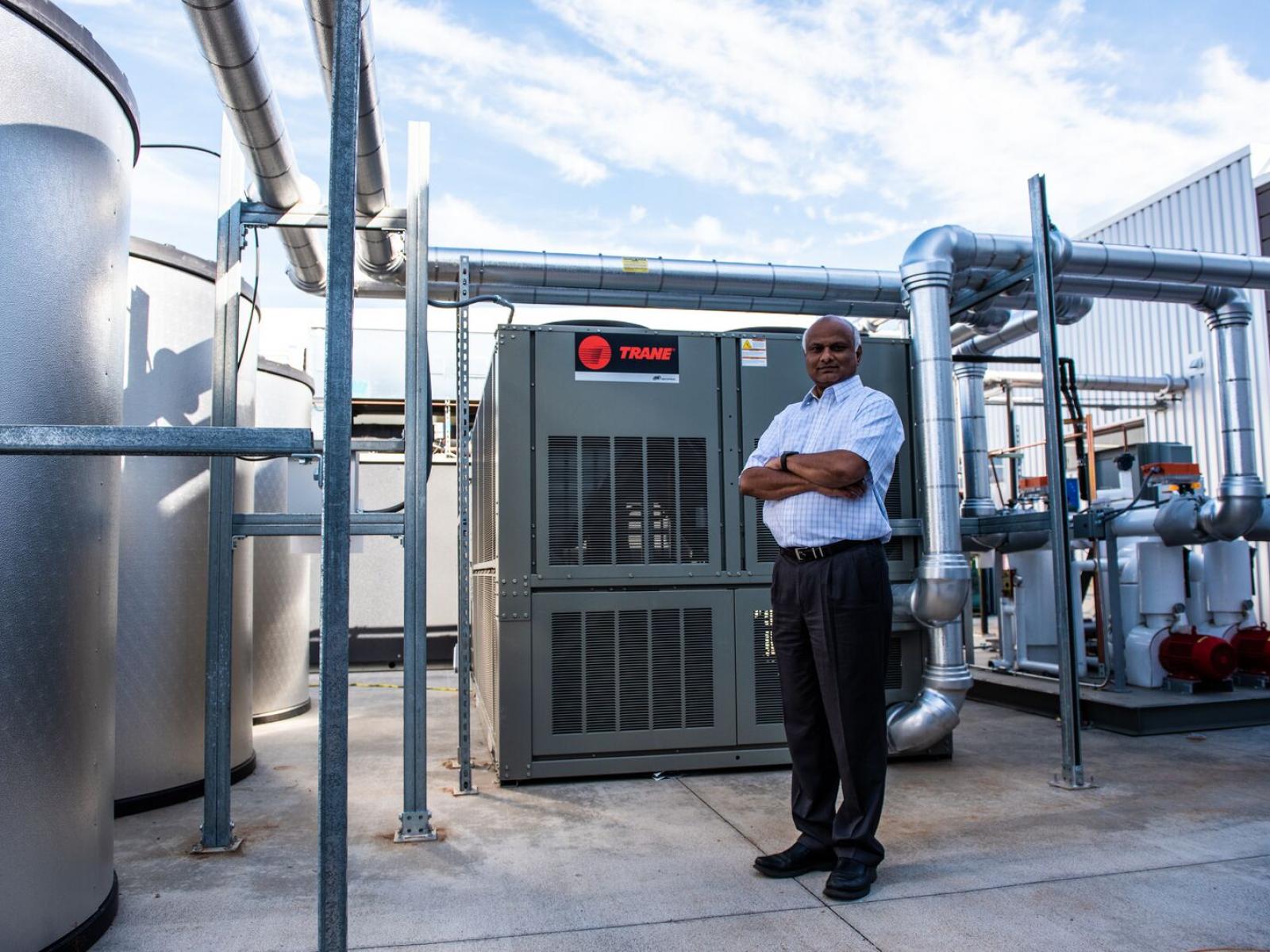 Srinivas Katipamula, an engineer at Pacific Northwest National Laboratory (PNNL), has been honored with a 2020 Champion of Energy Efficiency Award by the American Council for an Energy-Efficient Economy (ACEEE).

The award recognizes leadership and accomplishment in the building energy-efficiency sector. Katipamula was one of five recipients out of 50 nominees to receive the award. Recipients were announced at a plenary session of the ACEEE Virtual Summer Study on August 19.

Katipamula is recognized for his contributions in key areas such as building automated fault detection and diagnostics, Re-tuning™, energy-efficient devices and systems, and building-grid integration.

“We are so pleased and proud that Srinivas received this prestigious award,” said David Nemtzow, director of the U.S. Department of Energy’s Building Technologies Office, which supports Katipamula’s research.

He was one of the first researchers to introduce automated fault detection and diagnostics to the building sector, with algorithms he developed licensed to companies and used widely to improve building energy efficiency. One of his tools is being used in every state and a province in Canada.

Katipamula is singularly credited for establishing Re-tuning™ as a practical and productive method that has improved the energy efficiency of more than 35 million square feet of commercial and federal real estate—bringing an average energy savings of 10 to 20 percent.

He has also lent his expertise to cities such as Seattle, who partnered with Katipamula to draft legislation that required the city’s large commercial buildings to have Tune-Ups—the official Re-tuning™ program in Seattle—performed periodically in a quest to reduce their carbon footprint. The legislation went into effect in 2017.

Additionally, his work on RTU controls resulted in development and commercial sale of retrofit units that can be applied to existing installed RTU units that are currently found on nearly 60 percent of commercial buildings across the United States. His field evaluation demonstrated the impact of this retrofit—an average of 57 percent energy savings. By 2019, 12,000 units had been retrofitted across the nation for savings exceeding an estimated 100 million kilowatt hours.

Katipamula pioneered development of transactive and supervisory controls in buildings. The transactive controls mitigate short- and long-term imbalances in electricity supply and demand caused by distributed renewable generation sources. His work is allowing buildings to “communicate” and “negotiate” with the grid, reducing stress on the grid and increasing the use of clean energy.

“We are proud of the significant impact that Srinivas has made on building energy efficiency across the nation.” - Jud Virden

An example of his impact in building-grid integration is the development of what is now known as Eclipse VOLTTRON™, which Katipamula recognized early on as a platform that could bring radically new approaches to controlling building devices and systems.  Today, the platform is used at PNNL and is also a commercial product used to collect and analyze data from building systems that inform operational decision-making.

“We are proud of the significant impact that Srinivas has made on building energy efficiency across the nation,” said PNNL’s Jud Virden, associate laboratory director for energy and environment. “He is very deserving of this recognition by ACEEE and the energy-efficiency industry.”