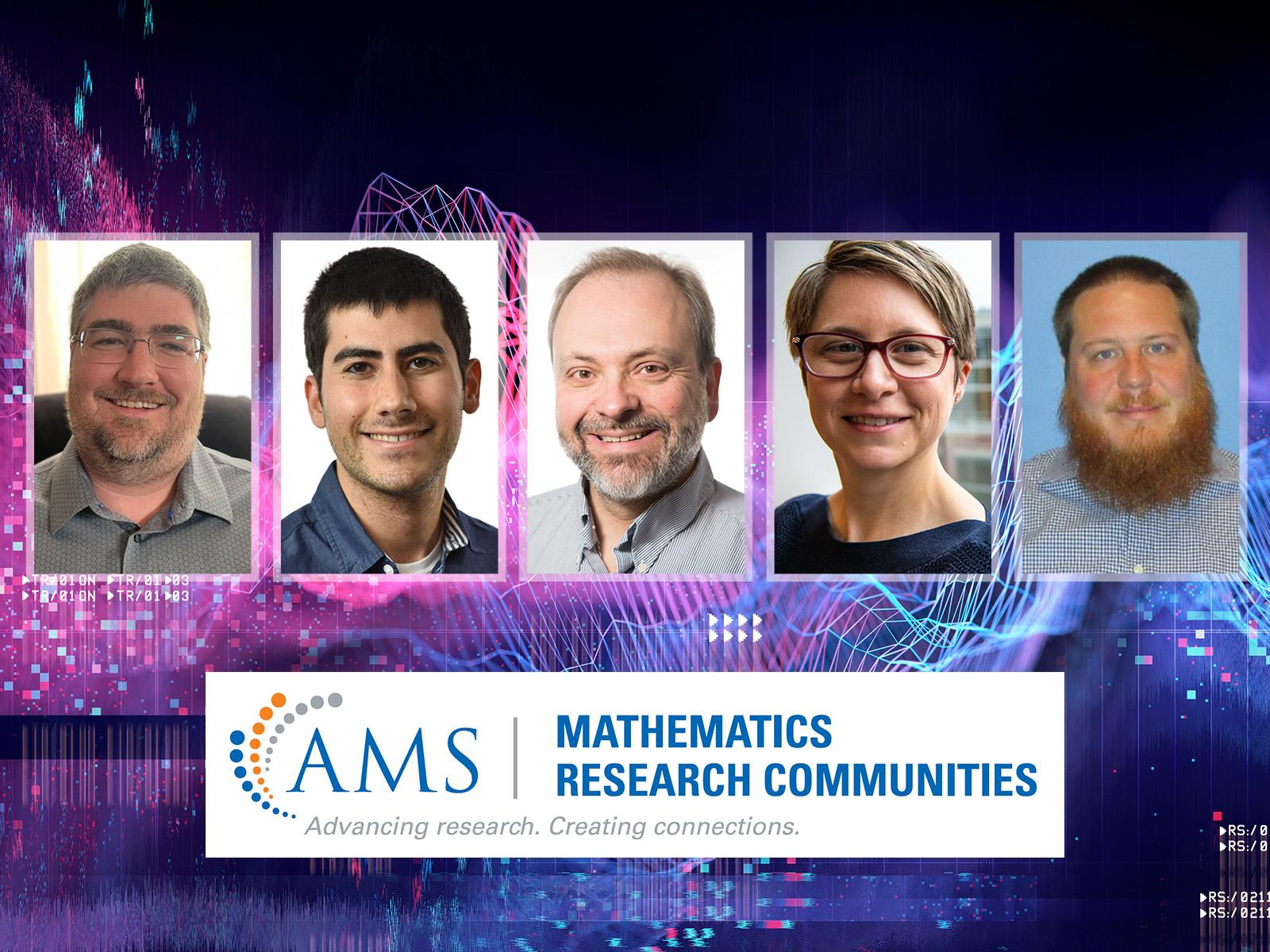 A team of researchers including Stephen J. Young, Sinan G. Aksoy, Cliff Joslyn, Emilie Purvine, and Bill Kay from Pacific Northwest National Laboratory (PNNL), jointly with Nathan Lemons from Los Alamos National Laboratory, recently organized and ran a Mathematics Research Communities (MRC) conference for early career research mathematicians. The MRC is a prestigious program from the American Mathematical Society (AMS) aimed at bringing together early career researchers with senior mathematicians to network professionally while working on hard problems of keen interest to the research community. This conference was the first from the AMS to focus on issues relevant to business, industry, government (BIG), and non-profits.

Nearly 40 early career researchers from across the nation and the world participated in the conference. The participants were split into groups based on topics of interest that were centered on graphs and hypergraphs, which help people analyze and visualize complex connections within data. Participants helped select mathematical problems in computational topology, high order networks, or graph theory, and then worked together over the course of an intensive week to solve them.

“As an organizer, it was inspiring to see collaborations being fostered amongst the groups as participants tackled challenges around graphs and hypergraphs,” said Young, leader of the Algorithms, Combinatorics, and Optimization team in the Advanced Computing, Mathematics, and Data Division at PNNL.

One of the challenges some participants chose to tackle was modeling connections between people on social media. Graphs are used across a wide variety of scientific disciplines as well—from computer networks to systems biology—to make sense of large, complex datasets.

Career development was also a significant component of this conference. “Mathematicians play an important role in business, industry, and government,” said Joslyn, chief knowledge scientist and leader of the Mathematics of Data Science team in the National Security Division at PNNL. “We wanted to give our participants a firsthand look at what these BIG careers entail.”

To achieve this, the conference organizers also arranged two panels of outside experts, one discussing ways mathematicians can collaborate with non-mathematicians, and the other featuring BIG leaders to give advice about careers for mathematicians outside of the academy. They also held a session on resume building and interview preparation.

“We hope the connections made at this MRC conference will spark life-long collaborations,” said Young.