For Hydrogen Power, Two Metals May Be Better than One

A novel approach to electrocatalysis divides the chemical labor 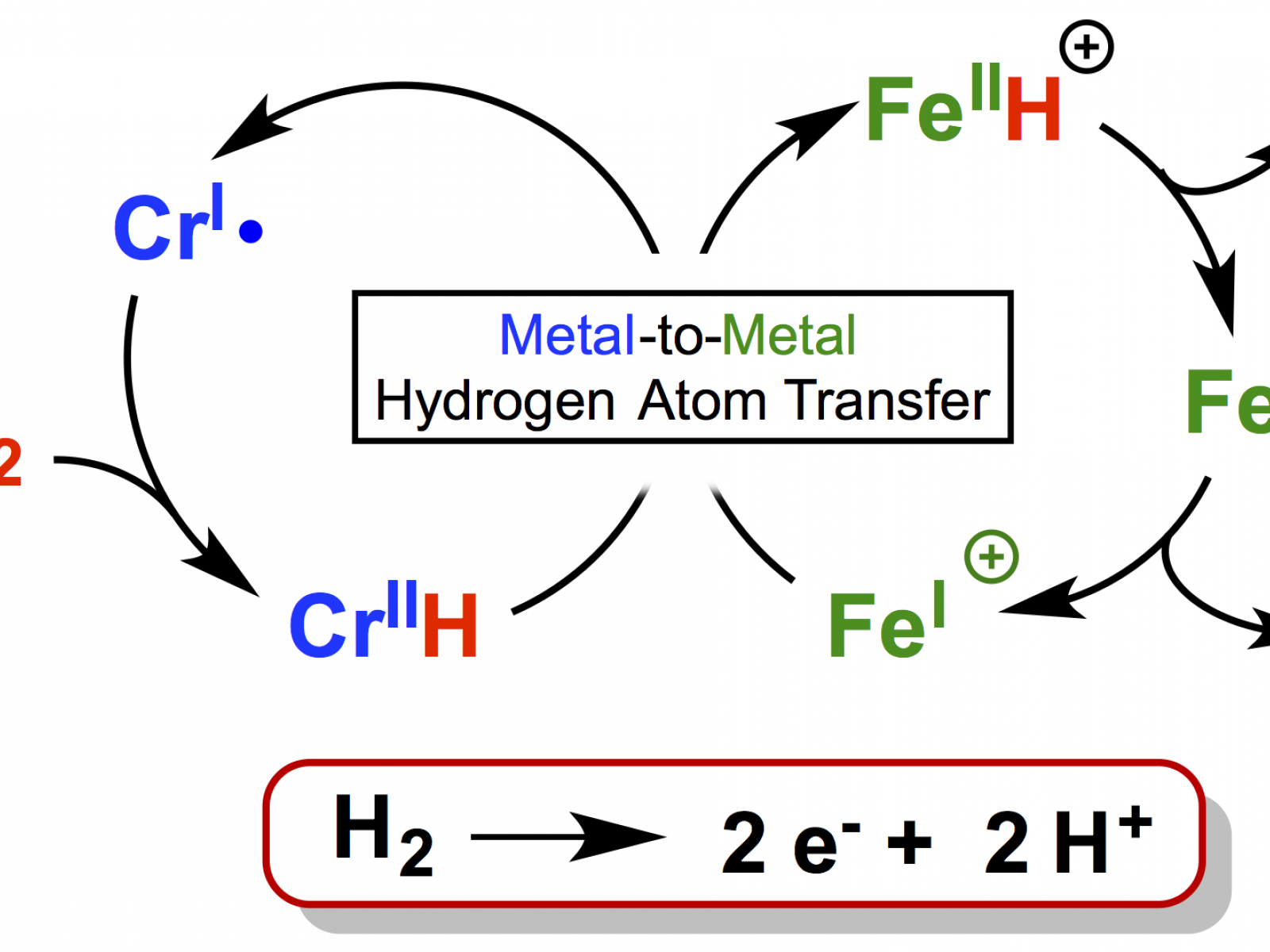 Conventional fuel cells use a single metal as a catalyst in the reaction converting hydrogen to electricity. Unfortunately, that metal is platinum, a costly and rare ingredient that limits the ability to scale up hydrogen power economically. The search is on for an abundant, cheap metal that can take over platinum's job.

Researchers at Pacific Northwest National Laboratory have taken a unique approach to this problem. Instead of targeting just one metal to split hydrogen molecules, they found a way to divide the work between two common metals: iron and chromium. Chemists Geoffrey Chambers, Eric Wiedner, and Morris Bullock describe their discovery in a paper titled “H2 Oxidation Electrocatalysis Enabled by Metal-to-Metal Hydrogen Atom Transfer: A Homolytic Approach to a Heterolytic Reaction,” which was recently published in Angewandte Chemie International Edition.

Why it matters: Hydrogen's potential as an energy carrier rests on the atom transfer reactions that turn chemical energy into electricity. Hydrogen atom transfers from metal hydrides to organic compounds have received detailed attention; however, transfers between two metals rarely have been observed or studied.

In this work, PNNL researchers discovered a unique example of how chemical reactivity can be manipulated to accomplish the desired electricity-generating reaction, accommodating new catalyst designs. Such designs will be key in building a viable market for fuel cells that can power cars, homes, and businesses without producing harmful air pollution.

"It's challenging to design a catalytic system where one metal performs all of those reactions," says R. Morris Bullock, director of PNNL's Center for Molecular Electrocatalysis,where the research was conducted. "The new catalyst system we discovered takes an entirely different approach."

The team created a cooperative catalyst system, using two metals instead of one. The first metal,chromium, breaks the H-H bond and transfers a hydrogen atom to the second metal, iron. The resulting iron-hydrogen complex is oxidized and deprotonated, generating electric current. Using cyclic voltammetry, an electrochemical measuring method, the researchers determined the mechanism and rate of the reaction.

The catalyst design takes a counterintuitive path. While the overall reaction of oxidation of hydrogen requires heterolytic cleavage of H2, neither metal on its own is capable of this reaction. The two metal system is successful as it separates the H-H cleavage step from the oxidation and proton transfer steps, exploiting the ability of each metal to perform a specific task.

"Metal-to-metal hydrogen atom transfer has never been proposed in any catalytic cycle, as far as we know," Bullock says. "Yet it is the key step enabling this catalysis."

What's next? Researchers at the Center for Molecular Electrocatalysis are exploring molecular mediators, where a chemical reaction occurs in solution—as in the use of chromium to break the H2 bond—separate from the electrochemical reaction. Combining these homolytic reactions with the heterolytic reactivity normally associated with molecular electrocatalytic reactions offers an appealing option in the design of new catalysts.

Acknowledgments: This work was supported as part of the Center for Molecular Electrocatalysis,an Energy Frontier Research Center funded by the U.S. Department of Energy(DOE), Office of Science, Office of Basic Energy Sciences. The findings respond directly to a priority research direction named in the DOE's Basic Research Needs Workshop for Catalysis Science report: “Design Catalysts for Efficient Electron-Driven Chemical Transformations.”

Sponsors: This work was primarily supported by the U.S. Department of Energy (DOE) Office of Science, Office of Basic Energy Sciences.

Suite of Instruments Tells the Story of a Sample