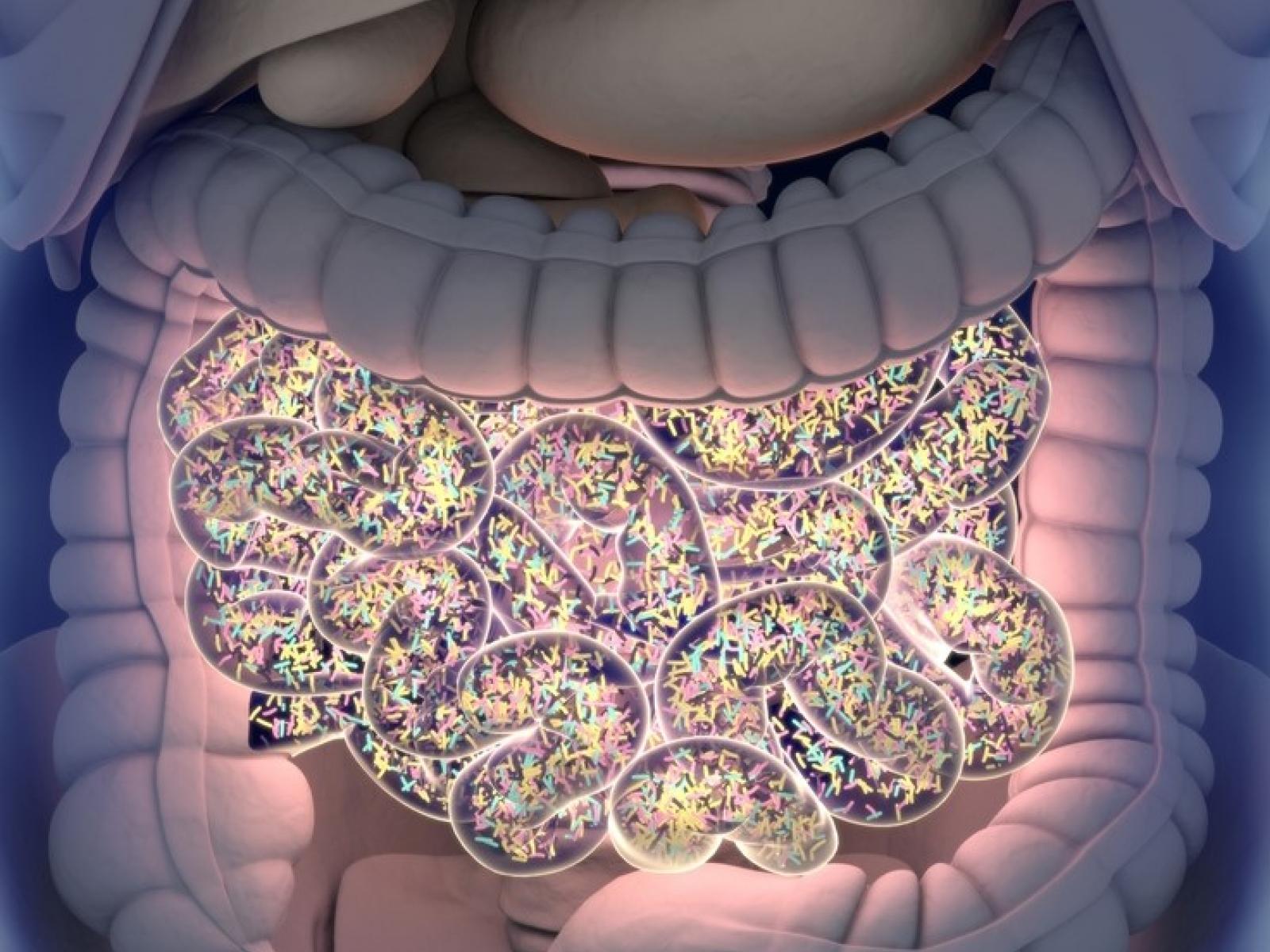 Illustration of bacteria in a human gut.

Our gut’s microbial community is not unlike a country club membership. We know who’s a member, but we may not know how each contributes to the overall function or health of the club. And if new members are introduced, does it change how the club functions?

Until now, we simply couldn’t answer this question because research remained focused on the “who” more than the “what.”

Recently, PNNL researcher Aaron Wright and his team took new steps to tease out subpopulations of active microbes within communities to understand what, exactly, they do in the gut and if their activity changes at all in response to new substances being introduced into the body. This approach is vastly different from previous studies because we’re taking more than just roll-call of the community.

Using the team’s activity-based profiling technology, they studied the activity of an enzyme known as beta-glucuronidase, which is a major player in drug metabolism and important for microbial carbon acquisition. One of its effects is to worsen side effects from some medications by allowing them to remain active in the body longer than they should.

Since microbes affect beta-glucuronidase, the team monitored the enzyme’s activity as a window into understanding microbial activity when someone is treated with an antibiotic. The enzyme tags harmful molecules, which travel through the liver and end up secreted into the stomach bile. Bugs in the gut then nibble at the the beta-glucuronidase portion of the drug—the sugar is like cake to them—and the leftovers of the drug remain in the gut, sometimes for longer than necessary.

The kicker: scientists found that even when the composition of a microbial community changes a great deal, key functional activities of that community can recover or remain unchanged. This research is the first to make a direct measurement using a probe, revealing that the composition of the microbiome is not the primary driver of function—an important point for understanding them in all settings, including health and the environment.

“When we apply an antibiotic, we know it will change the gut microbiome enormously. But we showed, in addition, that even when the membership of that microbial community is changed radically, the microbiome retains much of the same functional capacity,” said Wright.

The team’s paper, “A probe-enabled approach for the selective isolation and characterization of functionally active subpopulations in the gut microbiome,” was published in the Journal of the American Chemical Society.

The work was funded in part by the National Institute of Environmental Health Sciences.