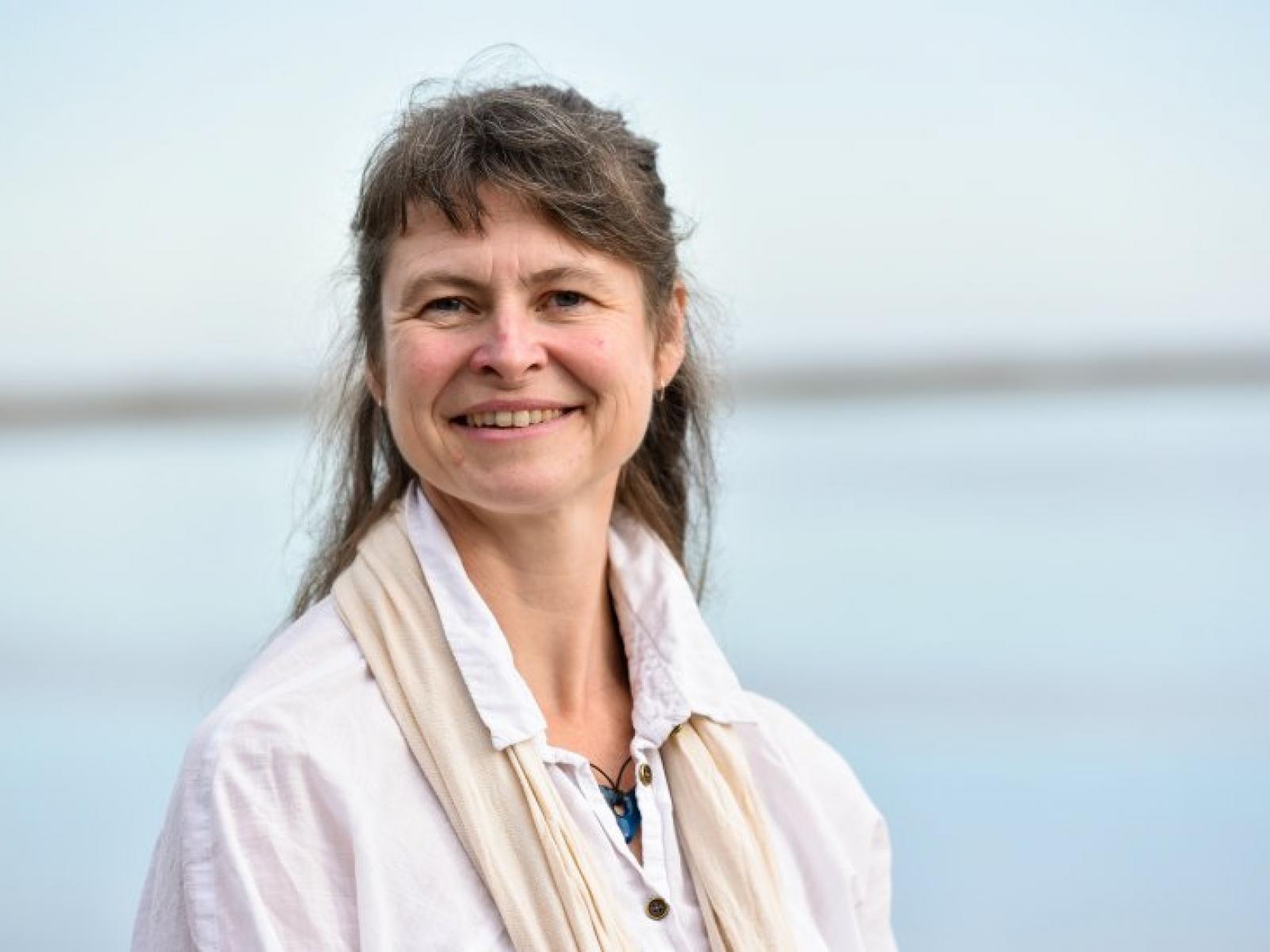 UMERC was formed to assess the needs of a research network regarding the current research landscape with the aim to foster collaboration and coordination across the United States marine energy research community and to amplify the impacts of research both nationally and internationally.

In her new role, Harker-Klimeš will be advising the UMERC team in their coordination role. While the whole scope of that work is still being developed, she suspects her focus will be on strengthening research ties with universities and students while also building new marine energy research opportunities. She joins a diverse group of nine other colleagues from academia and industry representing different geographic locations, career stages, and backgrounds.

For Harker-Klimeš, this board selection is the best of both worlds as it combines her love of studying the world’s oceans and her excitement about growing the pipeline of next-generation researchers.

“In this role, I’ll have more direct access to a larger group all at once, it opens up the opportunity for dialogue around marine energy needs, while encouraging careers in this growing field,” she said.

Both nationally and for PNNL specifically, research work in marine sciences has seen an influx of funding over the last decade. When asked why, Harker-Klimeš explains how marine energy has shifted.

“Marine energy was viewed as a potential grid asset, meaning it is capable of producing large amounts of energy at one site or location,” she said. “More recently, it’s being viewed as a distributed energy source to enable new industries related to the ocean, and site specific energy generation for coastal communities.”

She adds, “In other words, how and to what extent can small, coastal communities take energy into their own control, and how can it be used to foster their specific industries like agriculture, fishing, navigation, and ocean observations?”

Harker-Klimeš is based in Sequim Bay, Washington and leads PNNL’s Marine and Coastal Research Laboratory (MCRL). In her role as division director, she spearheads efforts to develop tools and make discoveries for harnessing sustainable energy from coastal environments, including renewable power from waves, tides, and offshore wind as well as biofuel feedstocks from algae.

MCRL will become more valuable than ever as rising sea levels have an impact on shorelines, ecosystems, groundwater, and infrastructure and as the nation looks to the ocean for energy, fresh water, and other natural resources.

UMERC is supported by the Department of Energy Water Power Technologies Office and coordinated by the Pacific Ocean Energy Trust, an organization committed to the responsible development of marine renewable energy in the Pacific region.

You can learn more about some of Harker-Klimeš’ research here.