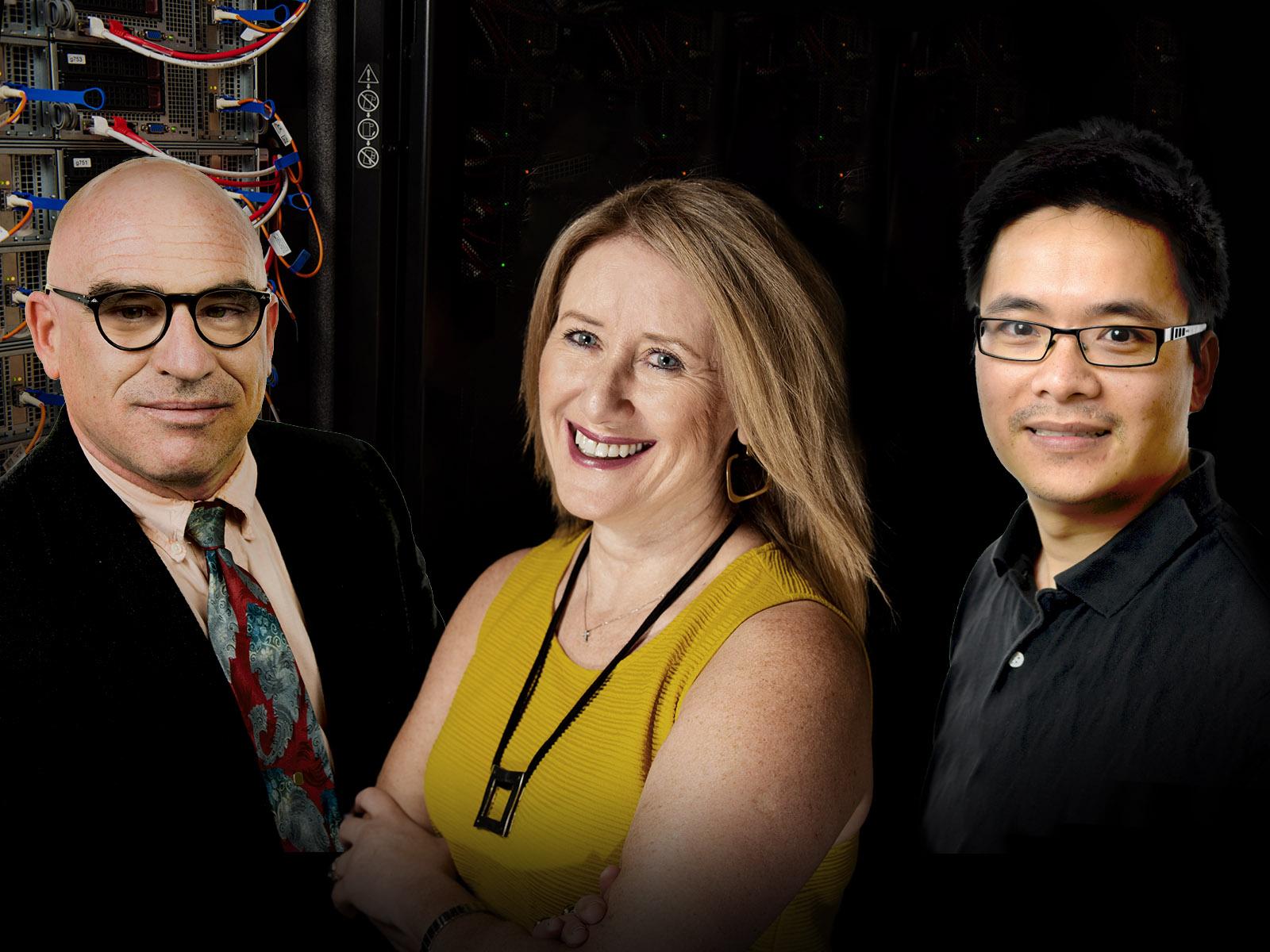 The ACS chapter focuses on understanding the chemistry of heavy elements. “These kinds of elements have always been very challenging to study—both experimentally and computationally—given how rare they may be or dangerous to handle,” said Glezakou. “From the computational standpoint, their correct description becomes expensive very quickly. Being able to do reliable computations is becoming more important and relevant.”

When analyzing chemicals, a first step is to consider a molecule in isolation. However, this does not reflect a realistic environment where additional molecules, solvents, or other variables are present. To allow for a more accurate representation of the heavy elements under normal conditions, Glezakou, Rousseau, and their colleagues developed full sets of pseudo-potentials and companion basis sets for the lanthanide and actinide series to use in statistical mechanics approaches. In addition, Glezakou and co-workers have developed a swarm intelligence-based global optimizer, the Northwest Potential Energy Surface Search Engine (NWPEsSe, available on GitHub), that allows the exploration of the most important minima in very large (hundreds of atoms) atomistic models.

“It sets the groundwork to look at how heavy elements behave in complex environments where it’s challenging to get accurate experimental data,” said Rousseau. “The next generation of nuclear reactors relies on molten salt technology, so we will want to know what the signatures are of those nuclear reactors and how to detect them.” Researchers can also conduct simulations on the fate and transport of heavy metals and radionuclides in the environment to locate chemical residues left in the environment. Rousseau said, “This chapter tells you how to do heavy metal simulations and provides the capabilities to do them.”

Another author, Nguyen, is a co-principal investigator on the Molten Salt Reactor (MSR) Program, a multi-institution collaboration led by Patricia Paviet. Nguyen and Glezakou are developing and applying machine learning approaches combined with molecular dynamics simulations to investigate structure dynamics and properties in the condensed phase. “It’s always very satisfying to make a contribution that you know can be more enduring, and that can be used by other people,” said Nguyen.

This work was supported by the Department of Energy's Office of Science, Basic Energy Sciences program, Division of Chemical Sciences, Geosciences, and Biosciences (Interfacial Structure and Dynamics in Ion Separations Program), PNNL’s Agile investment CheMSR, and donors of the ACS Petroleum Research Fund.