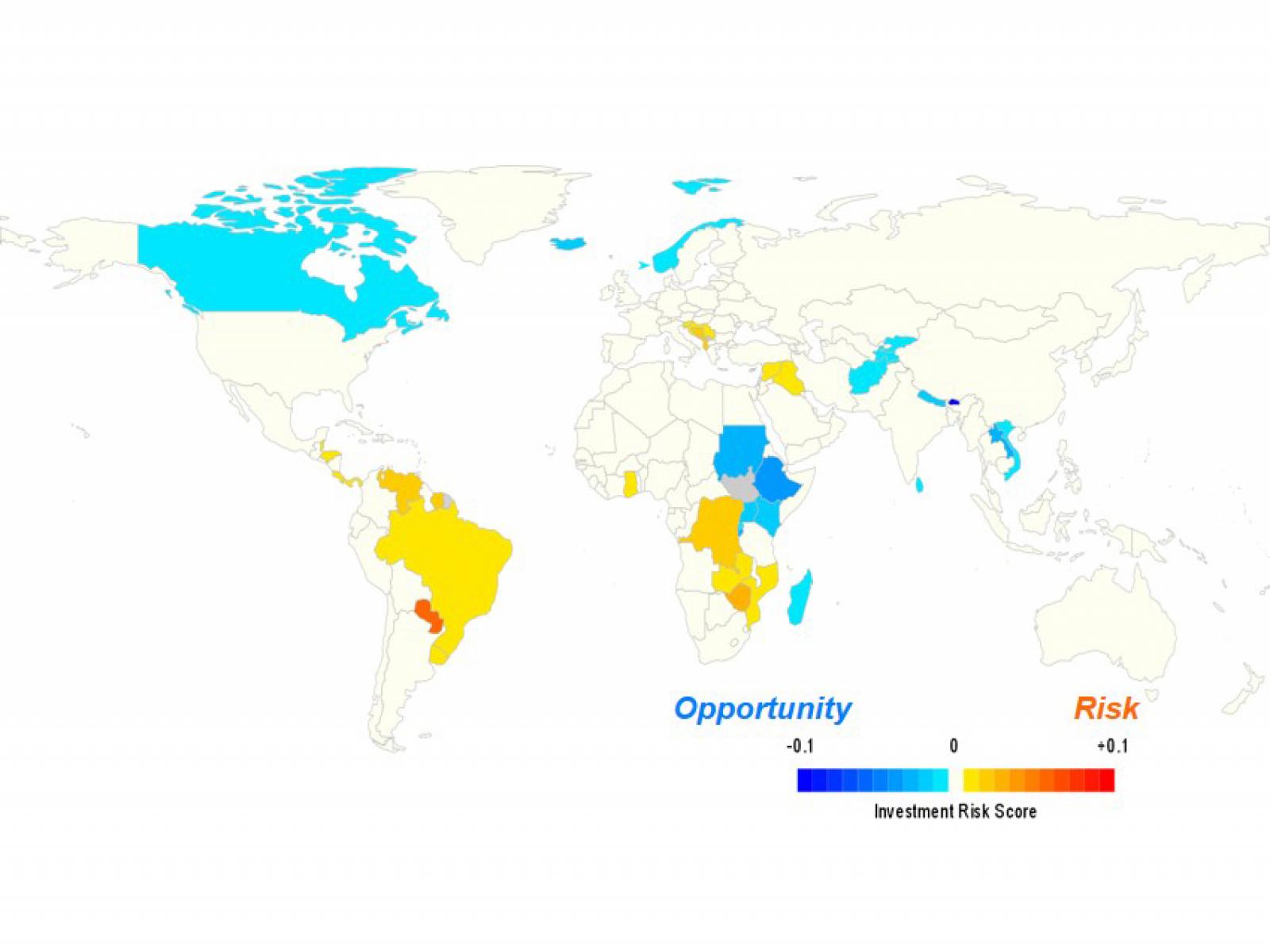 Changes in future precipitation and temperature present both opportunities and risks for hydropower generation around the globe.

Hydropower dams produce almost one-fifth of global electricity supplies. However, changes in precipitation and temperature patterns could influence water availability for hydropower around the world.

Researchers at the U.S. Department of Energy's Pacific Northwest National Laboratory explored how sustained losses and gains in hydropower generation could affect the investments needed to meet global electricity demands in the 21st century. Under the most extreme scenario, they projected changes in cumulative electricity investment costs of more than $100 billion by 2100 for many countries and regions of the world.

Whereas previous studies quantified possible effects of changes in future precipitation and temperature on hydropower, this study explored the possible implications for the mix of electricity supplies. The study combined detailed, global-scale hydrological and dam modeling with integrated human-Earth system modeling, providing a new means for assessing the effects of Earth system changes on global energy systems.

Precipitation and temperature patterns could be very different in the future. Some river basins may receive more water on average, while others may receive less. These changes could increase or reduce power generation at hydroelectric dams.

In this study, scientists aimed to quantify these effects and then explore some potential implications for investments in electricity generation technologies resulting from increases or decreases in hydropower. Applying global projections of rainfall and temperature, researchers generated flows for all global rivers. They used the flows to simulate power generation at approximately 1,600 of the world's major hydropower dams.

Researchers ran the Global Change Assessment Model (GCAM) to understand how losses or gains in hydropower might affect the deployment of alternative generating technologies. The study showed that, in certain drying regions such as the Balkans, significant financial outlays could be required to deploy new generating capacity to address shortfalls in hydropower. For instance, under one scenario applied in the model, the additional cumulative investment requirement for the Balkans region totaled $68 billion by 2100.

Researchers estimated a global, cumulative investment need—summed across all drying regions—of approximately $1 trillion (±$500 billion) in this century. For regions projected to experience increased precipitation, total investments avoided were of a similar magnitude.

Sponsors: The U.S. Department of Energy Office of Science, Biological and Environmental Research supported this research as part of the Integrated Assessment Research program.