‘Freeze-Thaw Battery’ Is Adept at Preserving Its Energy 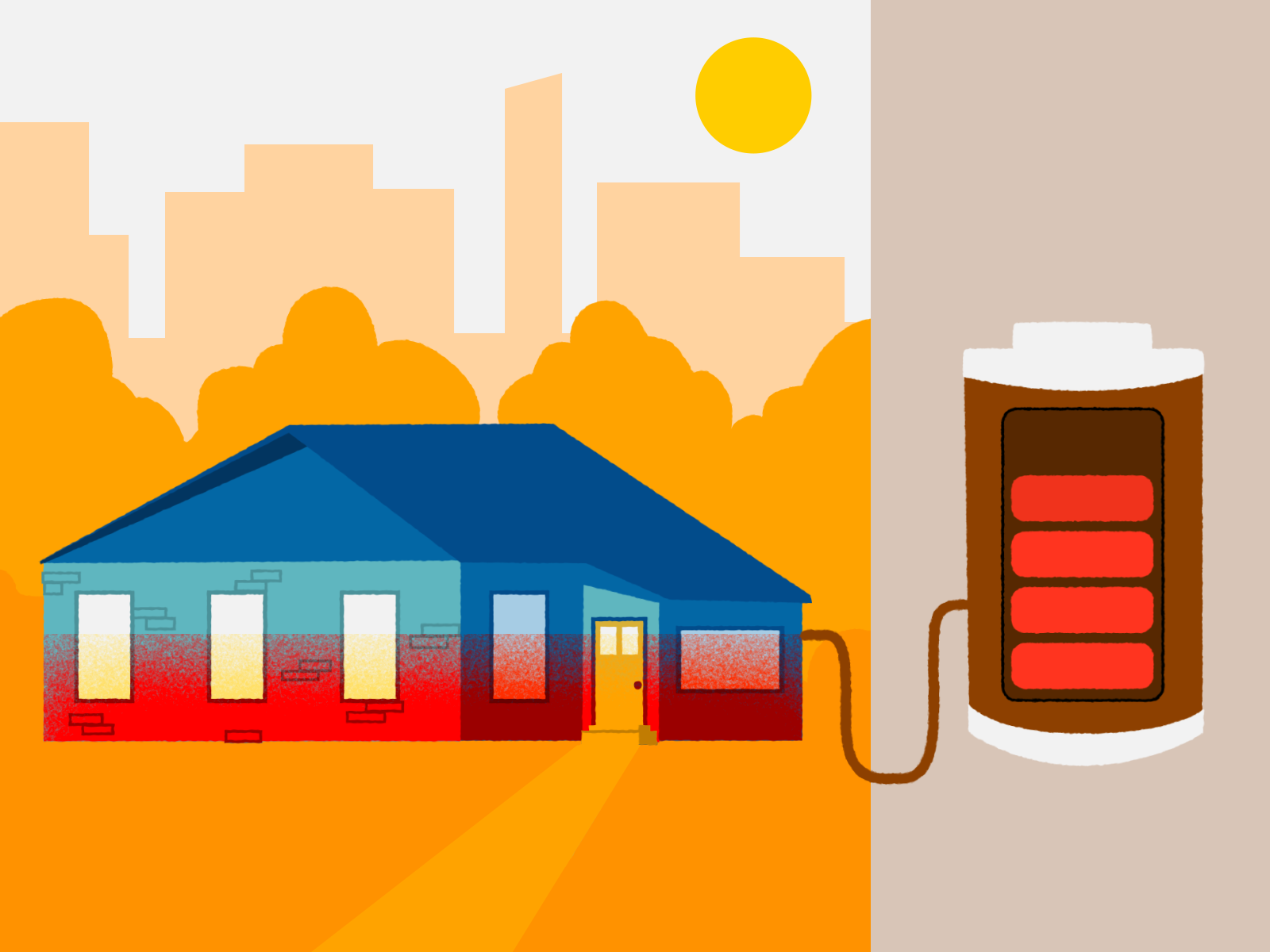 A long-duration grid-scale battery could use energy stored during the spring to cool a house on a hot summer day.

RICHLAND, Wash.—Scientists have created a battery designed for the electric grid that locks in energy for months without losing much storage capacity.

The development of the “freeze-thaw battery,” which freezes its energy for use later, is a step toward batteries that can be used for seasonal storage: saving energy in one season, such as the spring, and spending it in another, like autumn.

The prototype is small, about the size of a hockey puck. But the potential usefulness of the science behind the device is vast, foretelling a time when energy from intermittent sources, like sunshine and wind, can be stored for a long time. The work by scientists at the Department of Energy’s Pacific Northwest National Laboratory was published online March 23 in Cell Reports Physical Science.

“Longer-duration energy storage technologies are important for increasing the resilience of the grid when incorporating a large amount of renewable energy,” said Imre Gyuk, director of Energy Storage at DOE’s Office of Electricity, which funded the work. “This research marks an important step toward a seasonal battery storage solution that overcomes the self-discharge limitations of today’s battery technologies.”

Renewable sources ebb and flow with nature’s cycles. That makes it difficult to include them in a reliable, steady stream of electricity. In the Pacific Northwest in the spring, for instance, rivers heavy with runoff power hydroelectric dams to the max just as winds blow fiercely down the Columbia Gorge. All that power must be harnessed immediately or stored for a few days at most.

Grid operators would love to harness that springtime energy, store it in large batteries, then release it late in the year when the region’s winds are slow, the rivers are low, and demand for electricity peaks.

The batteries would also enhance utilities’ ability to weather a power outage during severe storms, making large amounts of energy available to be fed into the grid after a hurricane, a wildfire or other calamity.

“It’s a lot like growing food in your garden in the spring, putting the extra in a container in your freezer, and then thawing it out for dinner in the winter,” said first author Minyuan “Miller” Li.

The freeze-thaw phenomenon is possible because the battery’s electrolyte is molten salt—a molecular cousin of ordinary table salt. The material is liquid at higher temperatures but solid at room temperature.

The freeze-thaw concept dodges a problem familiar to anyone who has let their car sit unused for too long: a battery that self-discharges as it sits idle. A fast discharge rate, like that of batteries in most cars or laptops, would hamper a grid battery designed to store energy for months. Notably, the PNNL freeze-thaw battery has retained 92 percent of its capacity over 12 weeks.

In other words, the energy doesn’t degrade much; it’s preserved, just like food in a freezer.

Ordinary ingredients a plus

The team avoided rare, expensive and highly reactive materials. Instead, the aluminum-nickel molten-salt battery is chock full of Earth-abundant, common materials. The anode and cathode are solid plates of aluminum and nickel, respectively. They’re immersed in a sea of molten-salt electrolyte that is solid at room temperature but flows as a liquid when heated. The team added sulfur—another common, low-cost element—to the electrolyte to enhance the battery’s energy capacity.

One of the biggest advantages of the battery is the composition of a component, called a separator, placed between the anode and the cathode. Most higher-temperature molten-salt batteries require a ceramic separator, which can be more expensive to make and susceptible to breakage during the freeze-thaw cycle. The PNNL battery uses simple fiberglass, possible because of the battery’s stable chemistry. This cuts costs and makes the battery sturdier when undergoing freeze-thaw cycles.

“Reducing battery costs is critical. That is why we’ve chosen common, less-expensive materials to work with, and why we focused on removing the ceramic separator,” said corresponding author Guosheng Li, who led the study.

The battery’s theoretical energy density is 260 watt-hours per kilogram—higher than today’s lead-acid and flow batteries.

Researchers point out that batteries designed for seasonal storage would likely charge and discharge just once or twice a year. Unlike batteries designed to power electric cars, laptops or other consumer devices, they don’t need to last hundreds or thousands of cycles.

“You can start to envision something like a large battery on a 40-foot tractor-trailer parked at a wind farm,” said coauthor Vince Sprenkle, senior strategic advisor at PNNL. “The battery is charged in the spring and then the truck is driven down the road to a substation where the battery is available if needed during the summer heat.”

Battelle, which operates PNNL, has filed for a patent on the technology. More information is available at https://www.pnnl.gov/available-technologies/temperature-based-hibernating-battery.